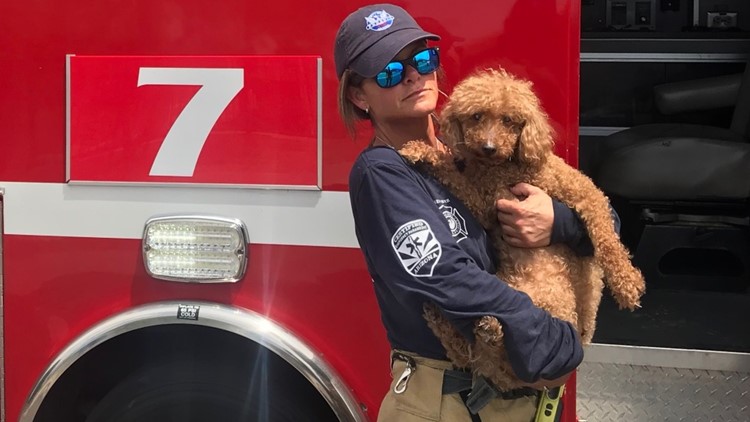 PHOENIX - An off-duty firefighter rescued a dog from a home on fire in north central Phoenix near 10th Street and Northern Sunday, the Phoenix Fire Department said.

The off-duty firefighter spotted the fire and then called it in. The firefighter rescued the dog out of house and suffered minor burns to the forearm and was taken to the hospital and is doing fine.

Phoenix Fire did not identify the off-duty firefighter, but is working on giving us their name.

Firefighters responded to the call and were able to contain the fire and keep it from spreading to nearby homes. Phoenix Fire is still trying to contact the homeowners as of writing.

No other firefighters suffered injuries.