The NTSB has recommended licensing and regulation changes for the self-driving car industry in Arizona, along with blaming Uber's "ineffective safety culture." 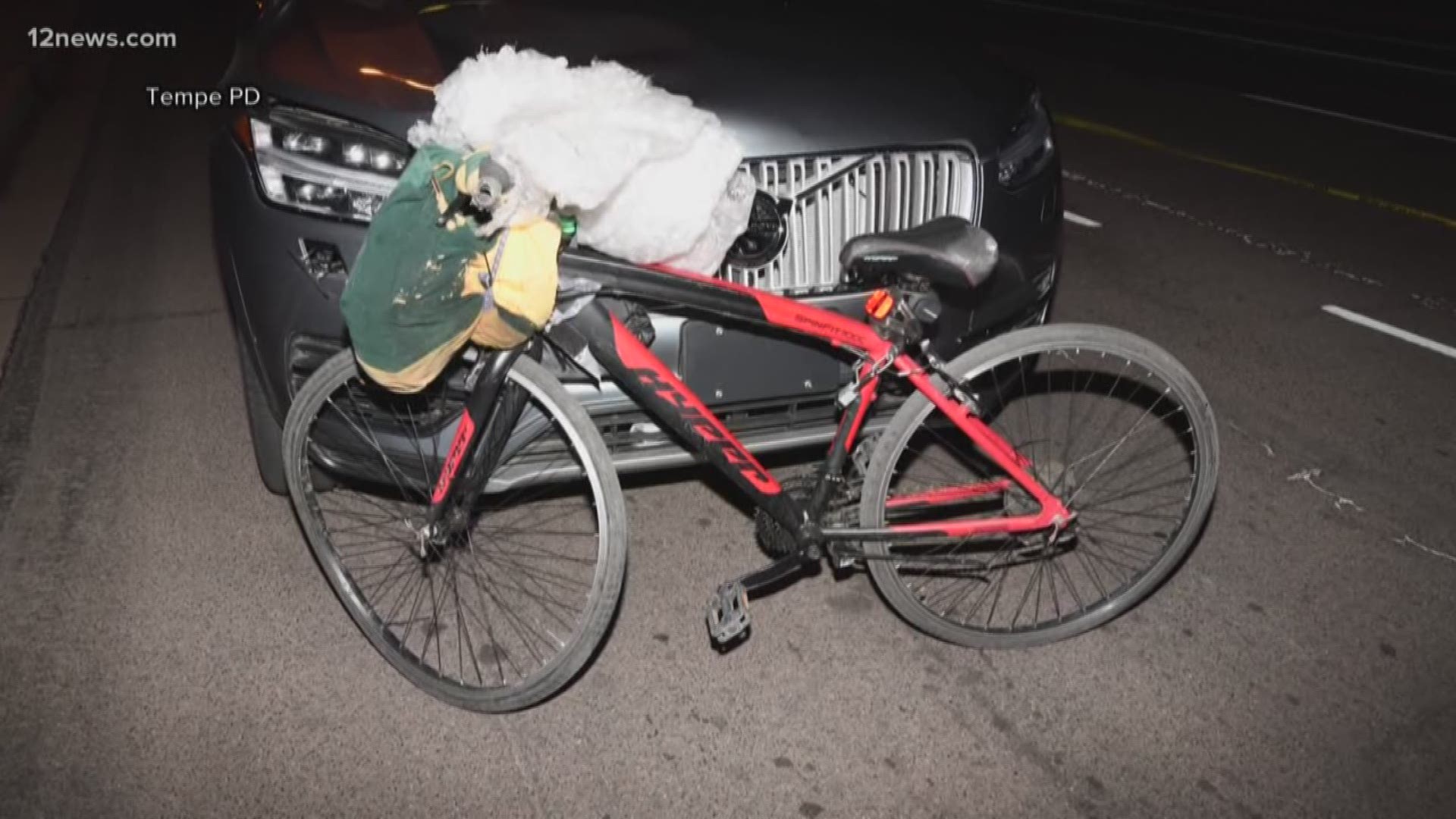 WASHINGTON, D.C., USA — The National Transportation Safety Board has recommended changes to Arizona's self-driving car industry, and blamed what it called Uber's "ineffective safety culture" for contributing to the crash that killed Elaine Herzberg, 49, in 2018.

The Uber vehicle, a Volvo SUV, was driving on Mill Avenue when it hit Herzberg, who was walking with a bicycle.

The NTSB found the car recognized Herzberge but for five seconds, it didn't know what she was. The car cycled between thinking she was a vehicle, a bicycle and an "unknown."

The NTSB also found Uber had never programmed its cars to recognize people unless they were in a crosswalk. Herzberg was jaywalking at the time.

Because the car didn't know what Herzeberg was, it couldn't decide how she was moving. Instead, the system believed she was stationary and did not move to avoid her.

Investigators also found that Uber engineers developed a sensor system that worked on the same frequency as Volvo's own accident avoidance system, which caused interference. Instead of redesigning their own sensors, the NTSB found Uber deactivated the Volvo system, which investigators found would probably have prevented the crash.

The NTSB also faulted Uber's safety program as having multiple deficiencies, including:

The NTSB also criticized Arizona's lack of regulations in the self-driving industry.

The state has little to know licensing requirements and the companies that test in Arizona do not have to submit details of any incidents.

The NTSB recommended implementing licensing requirements and developing a task force to review any incidents.

“We deeply regret the March 2018 crash that resulted in the loss of Elaine Herzberg’s life, and we remain committed to improving the safety of our self-driving program. Over the last 20 months, we have provided the NTSB with complete access to information about our technology and the developments we have made since the crash. While we are proud of our progress, we will never lose sight of what brought us here or our responsibility to continue raising the bar on safety.” - Nat Beuse, Uber ATG Head of Safety