The Tempe Streetcar is expected to open in 2021. The route will consist of 14 stops along with two connections to the Valley Metro Rail. 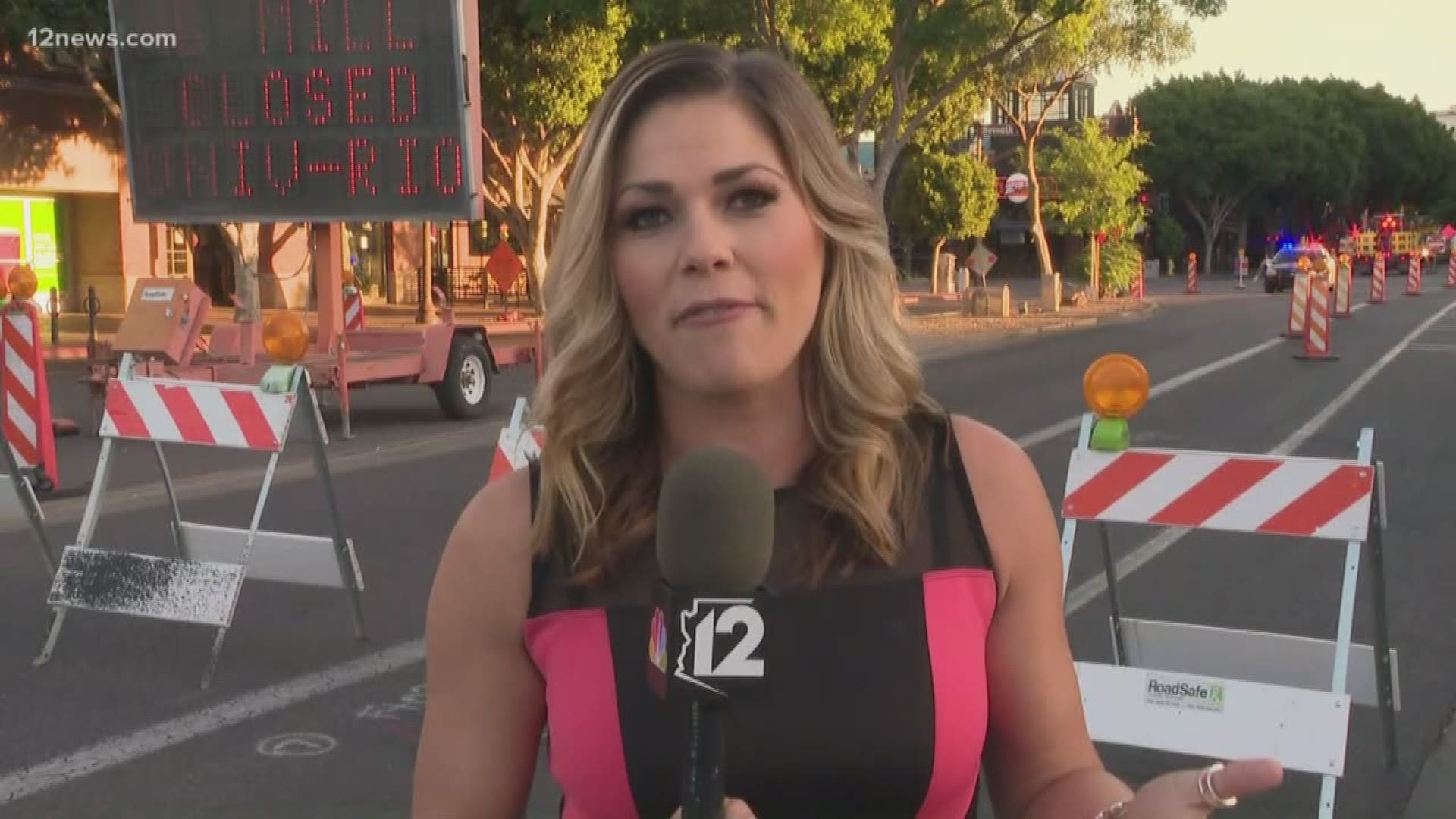 PHOENIX — Editor's Note: The above video is from May when the closure was announced. Mill Avenue will reopen Friday.

Northbound Mill Avenue between University Drive and Rio Salado Parkway will reopen right on schedule and just in time for the start of the fall semester at Arizona State University, according to a release from Valley Metro.

The roadway will reopen Friday after being closed since May as crews worked on the track for the Tempe Streetcar.

In the release from Valley Metro, Tempe Mayor Mark Mitchell said the city was "excited and relieved" to see Mill Avenue reopen on time.

“With the completion of trackwork in this section, nearly half of the Streetcar track (more than 520 tons of rail) is in the ground, a significant milestone in bringing the Valley’s first streetcar to the community,” he said.

According to the release, crews worked six days a week starting May 13 and finished Thursday. Over that three month period, workers installed nearly 40,000 feet of electrical conduit and around 30,000 linear feet of rail.

RELATED: Phoenix's light rail vote threatens to stop the lines in their tracks

Construction started in May in order to have the least amount of impact on the area with a large amount of ASU students away from campus for the summer, the release said. The Downtown Tempe Authority also assisted businesses along Mill Avenue during the closure by providing promotional events. But Thursday marked the last opportunity to "snag these Hard Hat Thursday" deals.

Andy Auxier, project manager, said in the release that the downtown Mill Avenue section of the track is "one of the most challenging on the Tempe Streetcar Project."

“We knew a big push this summer would be a tall order for our team, but it was best for the community,” Auxier said.

The Tempe Streetcar is expected to open in 2021. The route will consist of 14 stops along with two connections to the Valley Metro Rail.

According to the release, crews will continue the construction next summer when they will install streetcar stops. That work, however, is expected to be "less impactful" to traffic with "minimal restrictions."