No one injured after fire breaks out at Mesa restaurant

The Mesa Fire and Medical Department said the fire broke out at the Sizzler restaurant near Country Club Drive and Southern Avenue. 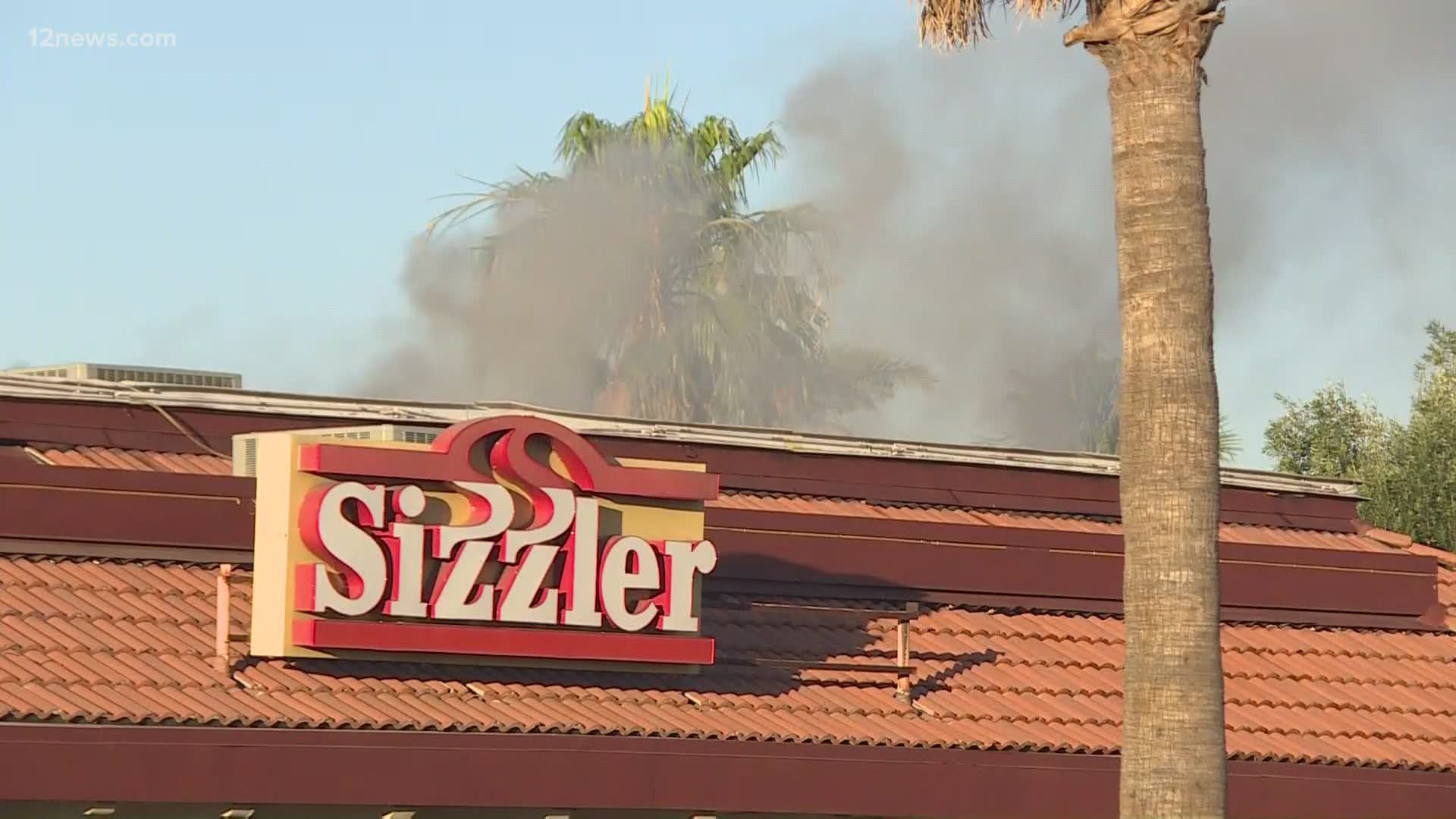 PHOENIX — Fire crews were battling a fire that broke out at a Sizzler restaurant early Tuesday, officials said.

The Mesa Fire and Medical Department said the first-alarm fire broke out at the restaurant near Country Club Drive and Southern Avenue.

Crews gained control of the fire shortly before 7 a.m. and held the fire to the back of the building.

The department said there were no reported injuries.

Team 12's Jen Wahl was on scene and she said she saw a large amount of smoke that seemed to reduce as Tuesday morning went on.

Firefighters were dumping water on the roof of the restaurant using "several hoses," Wahl added. She said there was a "pretty big response."

Vicky Bucio, an employee, said she's been working there for four years and said the restaurant was getting ready to open the salad bar next week.

Bucio said the area where the fire started is where employees keep all of the paper, like napkins, towels and to-go boxes.

"The last couple months (were) terrible because of the virus," she said

"Then we finally open again and get to work and it felt good. We were just about to open our salad bar next week, get little bit busier."

Mesa Police are blocking off the area.