'No one deserves to be killed': Valley motorcycle riders hold vigil amid rise in deadly crashes

Dozens of riders stood outside Cycle Gear in Mesa, lighting candles and grieving after what's already been a deadly year for this tight-knit group. 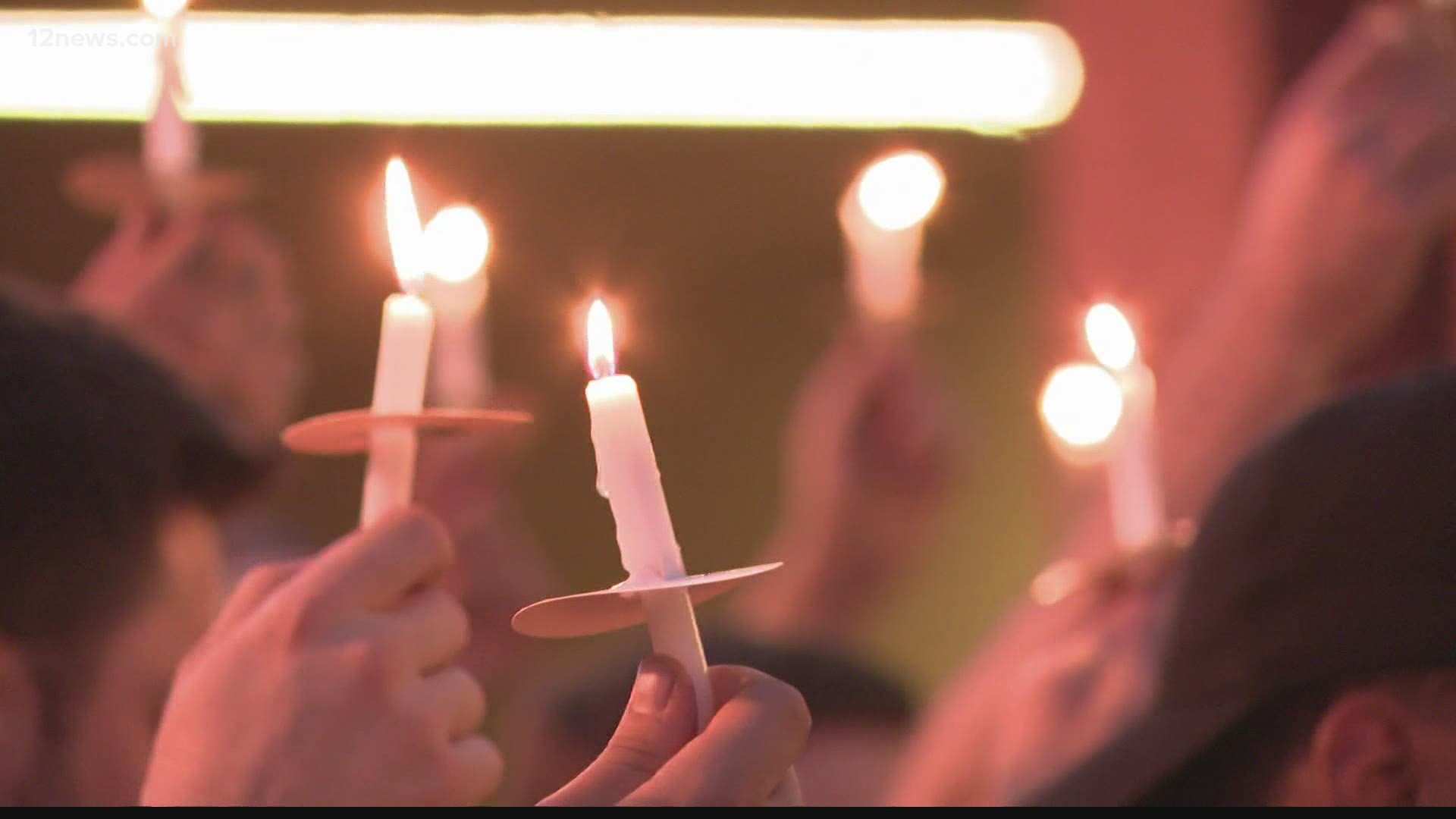 MESA, Ariz. — A candlelight vigil might not be what you expect when you think of a big group of bikers getting together. In fact, it's bound to draw some looks. But on Thursday night, that was the point.

Dozens of riders stood outside Cycle Gear in Mesa, lighting candles and grieving after what's already been a deadly year for this tight-knit group.

"At 23 she had her whole life ahead of her," said Devon Larson Maffeo, who lost his fiance in a crash back in May.

Kat Bergen died after a driver struck her coming out of a parking lot at the intersection of McClintock and University in Tempe.

The goal for this vigil is to remember riders like Kat and also create awareness around road safety.

Motorcycle fatalities have gone up on average over the past five years, according to the latest available data from ADOT.

"It doesn’t seem like drivers are aware of us," said Sean Henan, one of the vigil's organizers.

Henan’s experienced it first hand on the road. He lost his leg in a crash back in January.

"The driver was making a left-hand turn in front of me," he remembered.  "Didn’t see me."

These bikers now imploring people to take a few extra seconds to look out, not just for them, but for cyclists and pedestrians, too.