The "Nightmare Before Christmas" decorations go up before Halloween and stay through the new year. But this year, some neighbors shared their concerns with the HOA. 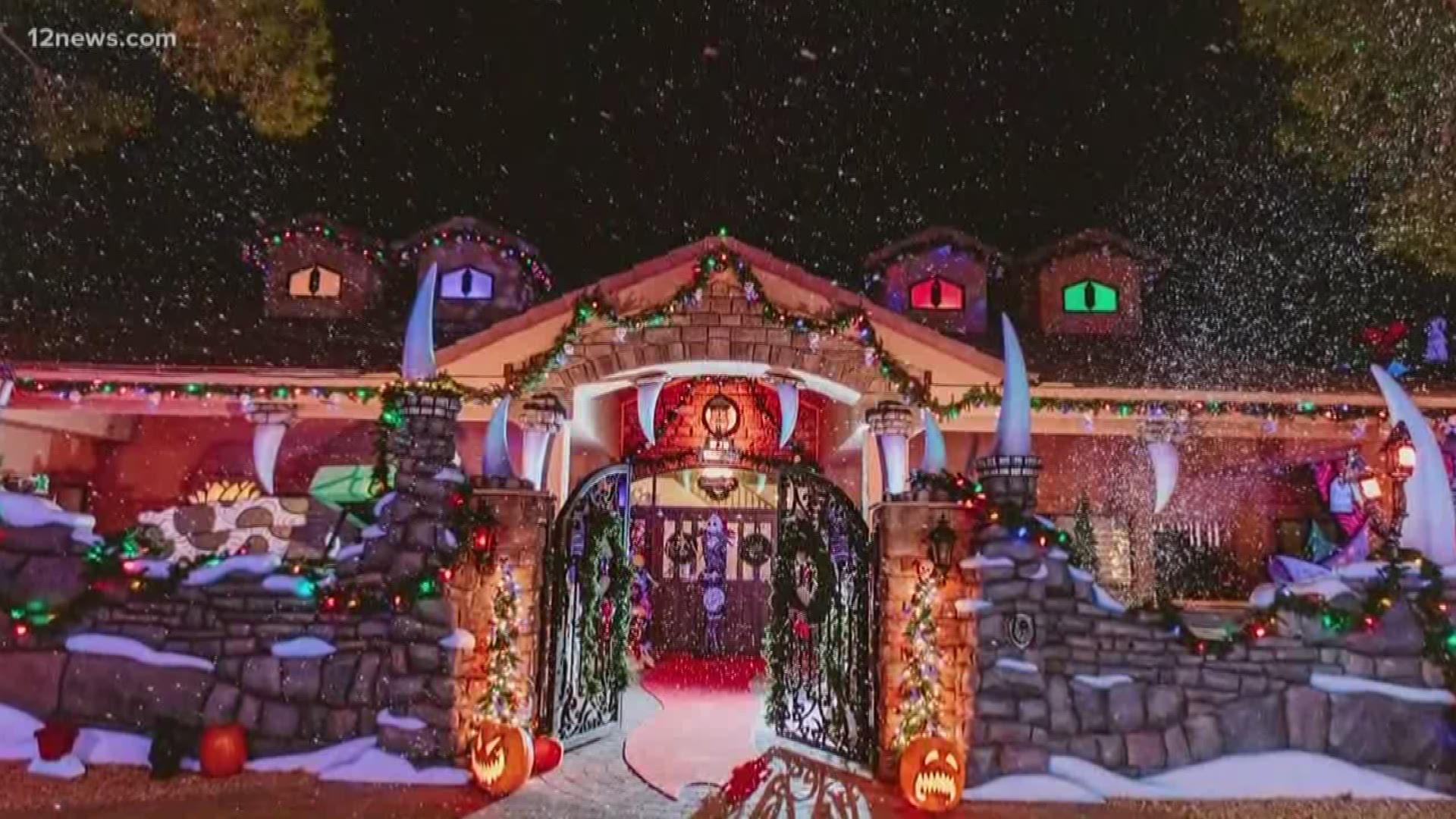 TEMPE, Ariz. — At the Brown house, Halloween goes until Christmas with their "Nightmare Before Christmas"-themed decorations.

"We put a lot of time, a lot of effort into it. We love it," Francis Brown said.

The Browns put up the decorations before Halloween and leave them up until the new year – at least, they used to.

"It's worth it just to watch the little kids. They come multiple times a year and they freak out, they're running around. I heard a little girl tell her mom, 'This is my favorite place on Earth,'" Brown said.

This year, several neighbors made the homeowners association aware of some concerns.

"It gets lit up in September – September 28 – and basically runs through January 5. That is a really long time to deal with traffic and trash and the impact on the horse community," said one neighbor, Susie Edwards.

RELATED: Is it illegal in Arizona to decorate a saguaro cactus on your own property?

Edwards said she's gotten a reputation for being a Scrooge, but she said that's not the case.

"The reality is, I don't think there's anybody in the neighborhood that wants to shut down that display," she said. "It's tasteful, they raise money for good causes, all of those kinds of things."

Jessica and Francis Brown went all out for Halloween. (Photo: Jessica Brown)

But Edwards said the house brings a lot of traffic, trash and has gotten nearby horses sick as well.

Deb Toyne lives directly across from the house and said she hasn't experienced any of those problems.

"For us, it's been really fun," she said. "I think traffic, some people have said trash, but we haven't found any. I've had no trash in front of our house. I haven't had people blocking our driveway or anything like that."

Brown said he's tried to accommodate all the concerns. He said he shuts down the display during the week and is hiring off-duty Tempe police officers for safety.

"If there's anything I can do, let me know. I've been super proactive," he said. "But don't put any rules and regulations that would force us to take it down and ruin it for so many people who love it."

We reached out to the HOA for comment on this story, but so far have not heard back.