Valley Metro said the driver's speed was a factor. 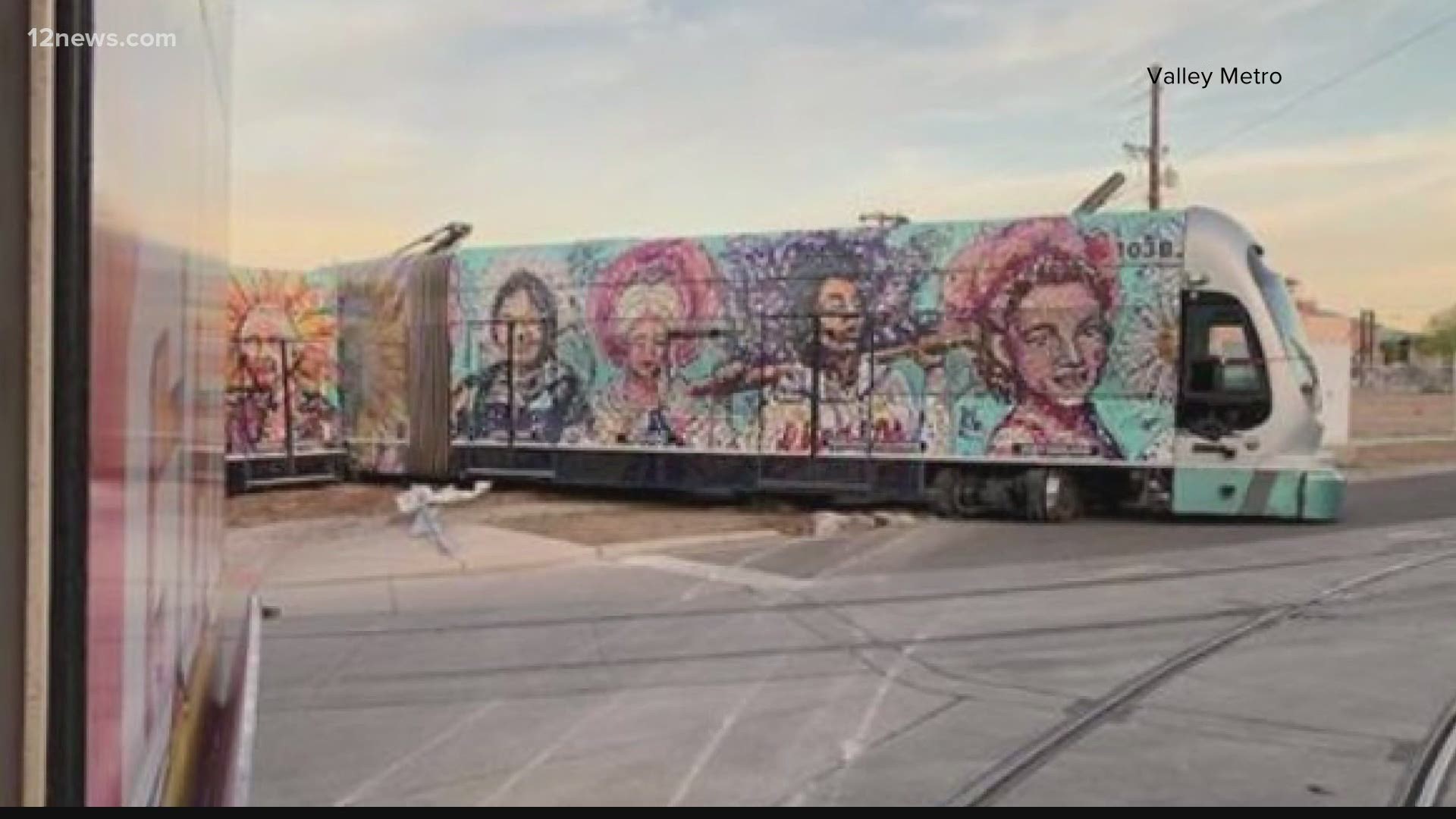 PHOENIX — The scary moment of a Metro Valley train derailment was caught on video in downtown Phoenix. The video was just released after the company held it for more than three months.

Valley Metro said that speed was a factor in the crash that occurred on March 14, but that the final investigation isn’t complete. Six people were sent to the hospital with minor injuries.

Jake Garbaladi was in one of the first cars on the train that day. He was on his way to the airport.

“It felt like it was going too fast from the very moment we jerked around that corner,” said Garbaladi. “I don’t think I’ve even ridden a train since then."

The train came to a crashing halt near the intersection of 11th Street and Washington Avenue.

From the video, it appeared that the driver lost control as it rounded the turn.

John Cavanaugh was working half of block away at Superstition Downtown.

“It shook the building,” said Cavanaugh.

In an email, Valley Metro said their investigation should come out in a few weeks but would not answer why it has taken this long.

It’s this lack of transparency that Garbaladi finds troubling.

“At the end of the day I just want answers,” said Garbaladi.

“If it does happen again we need to know why is this failing. I don’t want it to happen again,” said Cavanaugh.