Nestle to bottle water in the AZ desert

Nestle announced Friday that it will begin building a water bottling plant in Phoenix. 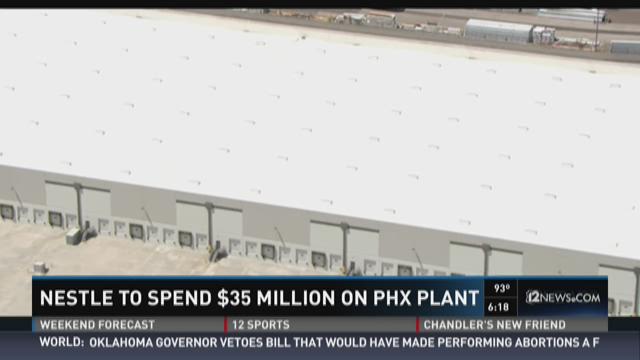 According to the city's water department, the 394,755-square-foot plant will be at 43rd Avenue and Buckeye Road. The plan is to reuse a standing warehouse.

The water department said the plant is a $35 million capital investment project that would create between 40 and 50 jobs in its first phase.

Though it may seem strange to have a water bottling plant in the Sonoran Desert, Stephanie Bracken from the water department said Phoenix's unique place as a desert city may make it a better place for such a plant.

"Phoenix’s water supply is sound and sustainable as a result of multiple water sources and a logical, methodical approach to supply planning, infrastructure management, conservation, and drought preparation," Bracken said in an email.