Despite having rules specific to group homes, the Town of Gilbert says it has limited authority over group homes and that most authority would come from the state. 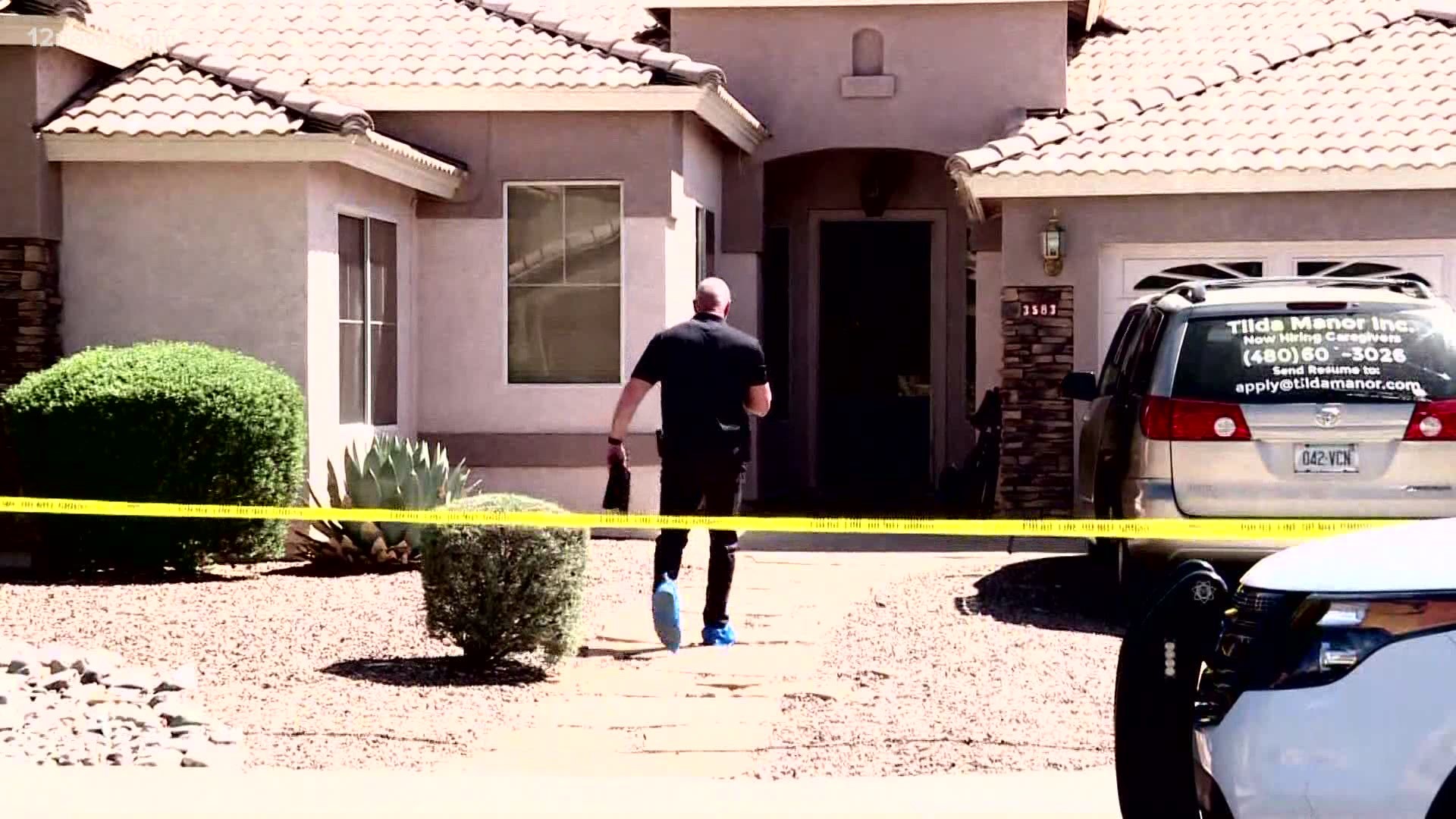 For the past three weeks, not much has been done to put Deborah Arambul at ease.

"Every month it gets worse and worse," she told 12 News.

She lives two houses down from Tilda Manor on Wildhorse Drive in Gilbert, where police say Christopher Lambeth brutally killed another resident in April.

Lambeth had previously been convicted in 2007 for murdering his grandparents. He was sentenced to life at the state hospital for treatment, but the state's Psychiatric Security Review Board ruled he could go live in a group home as early as 2017.

It’s not clear how long he’d been at Tilda Manor.

Most of the people in the neighborhood just thought the group home was for people dealing with substance abuse, not anyone with a violent past.

"Everybody wants something to happen, but it’s kind of like everybody’s waiting for someone else to take care of it," Arambul explained.

She's called town leaders, police, even her HOA looking for answers and she's not alone.

12 News talked on and off camera with a dozen neighbors who all want more transparency.

"My issue is not with the other residents it’s the way this home was run," says Chris Lineberry.

For starters, Lineberry and others want to know why someone with a murder conviction was placed by the state in a home about a quarter mile from an elementary school. San Tan Elementary is around the corner.

"I have a lot of concern for me, my family and my neighbors," Lineberry says. "But also the other residents who live in that home."

The town of Gilbert has rules for group homes listed in the town's Land Development Code, including no group home signage and prohibiting anyone who is a threat to others to live inside.

Since 2016, police have been called to this particular Tilda Manor location 115 times.

"It doesn’t seem like a very safe environment," Lineberry worries.

When 12 News asked the Town of Gilbert why some of their rules appeared not to apply here, they said enforcement would fall under the state.

Here's the response from an email with a Town's Deputy Director:

Arizona law grants the authority to license and regulate Level 2 Behavioral Health group homes exclusively to the Arizona Department of Health Services (ADHS), including admission criteria. The Town has limited zoning and building code regulatory authority over group homes, as well as jurisdiction for nuisances resulting in violation of Town codes, such as loud noises and excessive parking on site. All other complaints must be made through ADHS.

As for the HOA, it's taken numerous complaints about Tilda Manor and their attorney is trying to see what options they might have.

12 News reached out to Tilda Manor several times but they keep refusing to answer questions.

"Silence and a lack of transparency only tell me there’s more to the story that we don’t know," adds Lineberry.

The Arizona’s Department of Health Services says it’s investigating what happened but has not agreed to our requests for an interview.

Penalties from the state could be revoking or suspending a license, but usually result in a fine.