The explosion sent two people to the hospital Sunday night. Now, neighbors in the house next door are dealing with damage of their own. 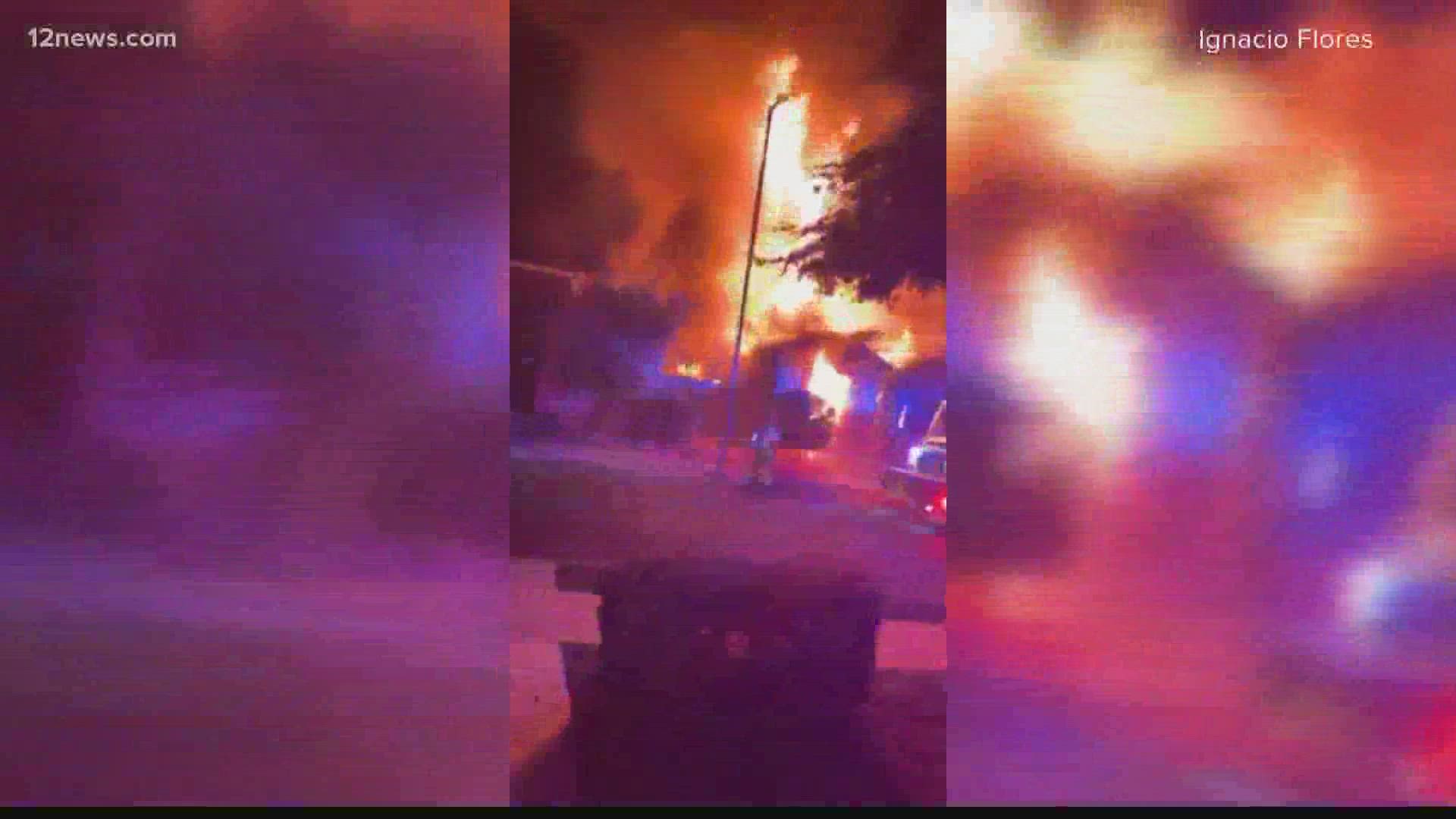 GOODYEAR, Ariz. — Neighbors next to the home that exploded Sunday night in Goodyear are dealing with damage from the blast.

The explosion sent two people to the hospital, according to Goodyear Fire. And at last check, one man is in critical condition from the burns he received.

Ignacio Flores’ family lives in the home just east of the house on Hadley St. in Goodyear that exploded Sunday night. He said their home shook from the blast.

“Boom! You know, it woke me up,” Flores said of the explosion.

His little sister’s room window is broken. Pieces of the double-pane glass shattered inside and outside her room. Flores said the window to a small bathroom also broke from the explosion.

Flores said the family found out Tuesday they won’t be able to stay in the home because of the windows and other damage.

RELATED: Goodyear home explosion under investigation after sending 2 people to the hospital

Flores said he and his stepdad went over the fence to try and help their neighbor.

“He was laying right here on the floor,” Flores said as he gestured over the fence in the backyard. “We tried to pull him from the fire.”

Flores said first responders were able to get the man out. However, he’s the one still in critical condition from the burns.

On the outside, on Flores’ family’s side of the fence, he said they’ve found a few bullets.

The rounds now sit on their counter.

“They were live rounds so they basically just got pushed out of the home,” Hector Tarango, who heads Vindico Investigations & Security Consulting said. “So, I can guarantee you if they found those three, there’s many more.”

Goodyear Fire told 12 News on Monday they pulled several guns, ammunition, gunpowder and other explosive materials out of the home.

That leads Tarango, who is a former Bureau of Alcohol, Tobacco and Firearms Resident Agent in Charge, to believe they may have contributed to the explosion.

Goodyear Fire has not released a cause of the explosion yet.

“These are not that common,” Tarango said.

Tarango reviewed footage of the explosion and damage it left behind. He said that the explosion reminded him of fireworks explosions he’s helped investigate in the past.

However, he said, gunpowder is more stable than flash powder.

“Ammunition gets shipped all day every day across the country,” Tarango said. “It’s being delivered to your neighborhood and you don’t even know. It’s very, very stable it’s unheard of for it to be going off like this.”