In a visit Tuesday to Phoenix, U.S. Attorney General Loretta Lynch praised the Phoenix Police Department for its response. 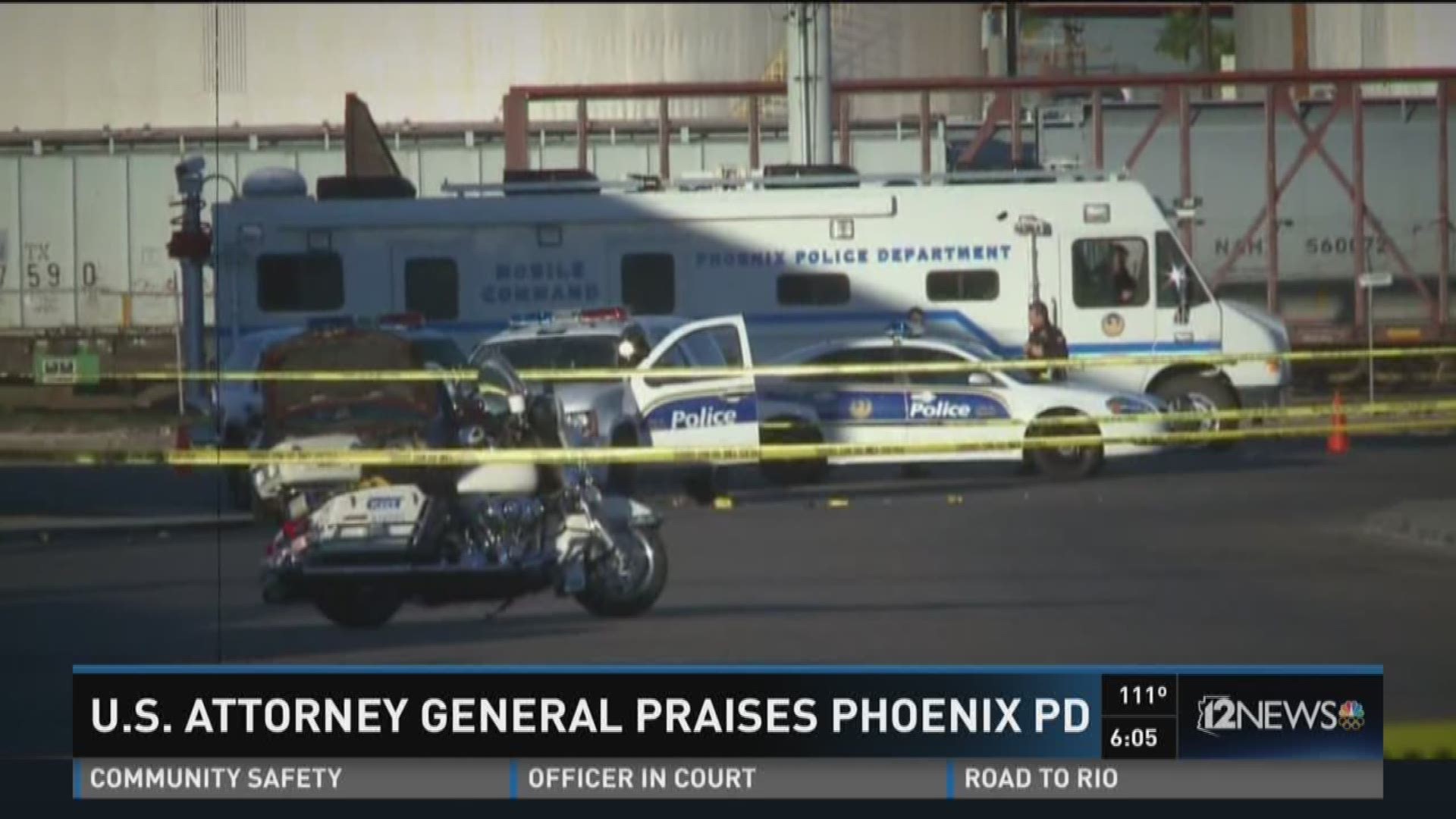 PHOENIX - Phoenix isn't Ferguson, Missouri, and it's not Baltimore.

But the Phoenix Police Department has dealt with the same issues as those cities in recent years -- explaining the fatal shootings of unarmed African-Americans by police.

In a visit Tuesday to Phoenix, U.S. Attorney General Loretta Lynch praised the Phoenix Police Department for its response. 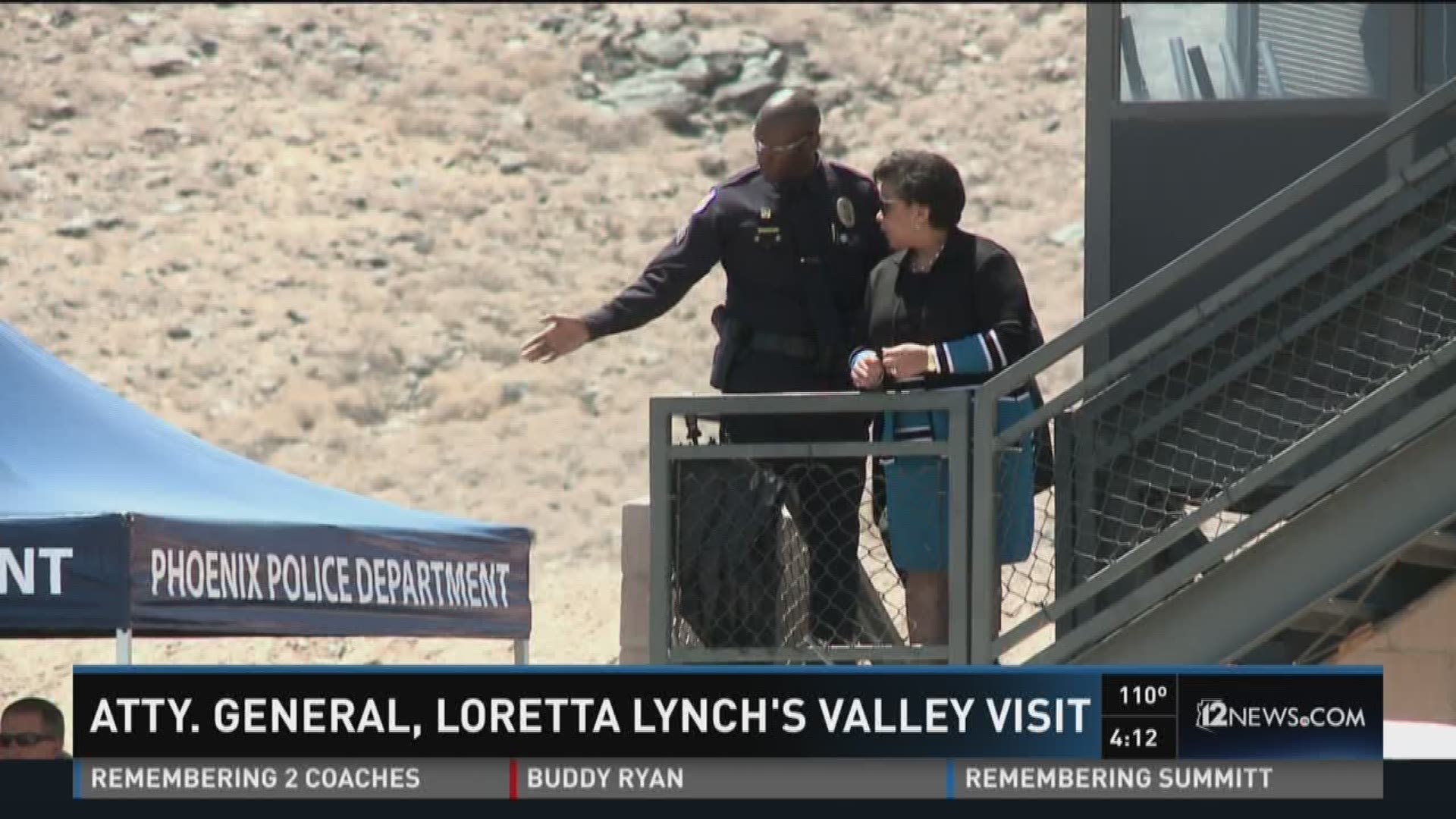 "The Phoenix Police Department is taking ownership of these issues and saying, 'we're going to come up with the best training possible,'" Lynch told reporters during a news conference at the Arizona Law Enforcement Academy, the sprawling south Phoenix training academy for police from Phoenix and other cities.

Phoenix is one of six cities Lynch is visiting to put a national spotlight on police departments' response to the uproar after shootings of unarmed African-Americans in several cities.

"What I would say to communities is that when you look at the example of the cities we've visited," Lynch said, "there have been situations where cities have, in fact, come back from a very frayed relationship between law enforcement and the community ... It can be done."

"The best police officers we have are well-rounded in training," Phoenix Police Chief Joe Yahner said during an interview. "It reboots us. It gets us back to our core -- why we became police officers."

Yahner said all of his patrol officers on the 2,693-person force have gone through de-escalation training in the last year. Detectives are going through it now.

The training includes live scenarios to teach officers how to defuse a threatening confrontation with a suspect before it becomes something worse.

On a separate subject, Lynch was asked about potential criminal charges against Sheriff Joe Arpaio. She said she couldn't comment because a federal judge is still deciding whether to cite Arpaio for criminal contempt.