The woman documented the gruesome scenes on camera. In one case, a dog's head is seen separated from its body. In another, a calf is seen with its throat cut and is partially skinned. 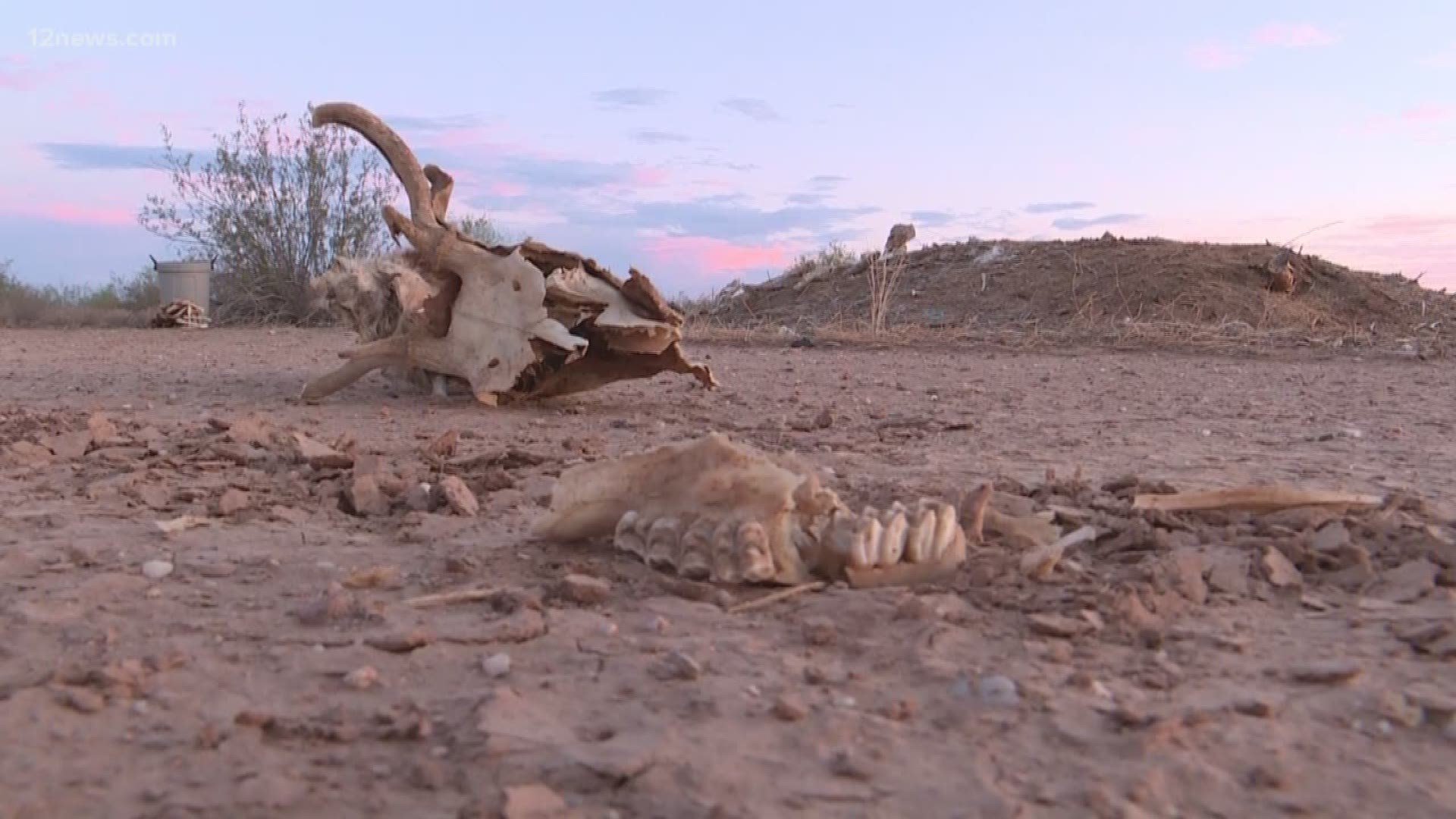 SAN TAN VALLEY, Ariz. - State officials are asking for the public's help in identifying who is dumping mutilated animals on a dirt road in San Tan Valley.

"We walk through here a couple times a week with our dogs," said a woman who lives close to the road. 12 News is not identifying her. The road is located near Quail Run Lane and Skyline Drive.

"People that live here ride through here on ATVs and try to stop people from dumping, but people do it anyways," she said.

She said people in the area use the road primarily as a cut through and trash has littered it for years.

But recently, the problem took a disturbing turn. She and her friends stumbled upon dead animals and all of them appeared to be mutilated.

"A human did it, obviously," she said.

The woman documented the gruesome scenes on camera. In one case, a dog's head is seen separated from its body. In another, a calf is seen with a cut throat and is partially skinned.

"Across the wash there's a horse and like its legs were cut off and there was just a knife in the ground right next to it," she said.

12 News cameras captured a cow with cut off horns and tied feet, a pile of animal legs, a deer head, and a calf.

The Department of Agriculture tells 12 News someone tipped them off about the animals about a month ago, but they couldn't track down the person or people responsible because none of the animals were branded. Officials there are keeping a close eye on the area and are hoping to find out who is doing this and why.

A spokesperson with the Pinal County Sheriff's Office tells 12 News they were not aware of the issue until we notified them but it is now on their radar. You're urged to contact their office if you know who is responsible.