8 firefighters injured in explosion in Surprise

Three firefighters were flown to a local burn center via helicopter. 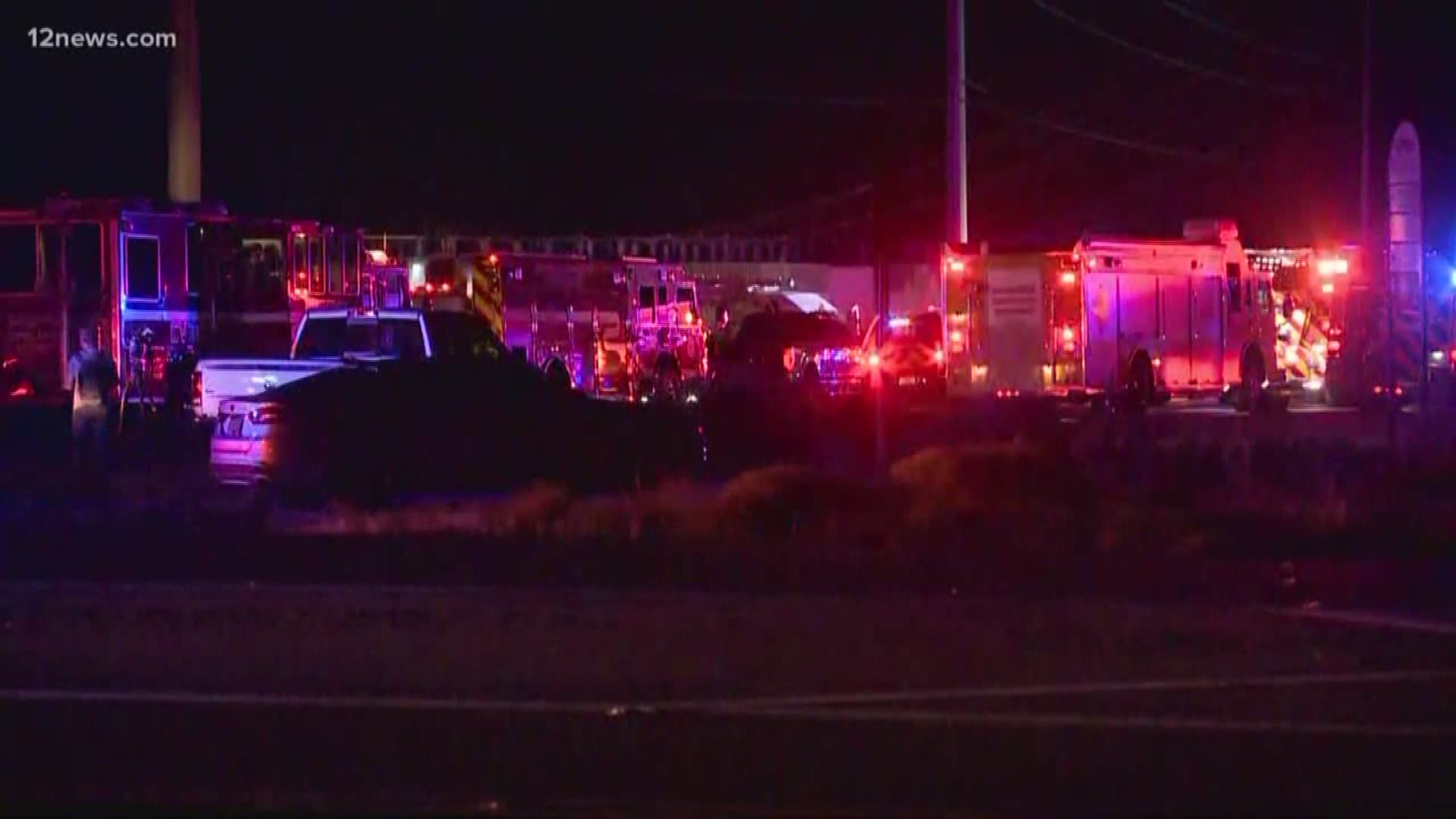 SURPRISE, Ariz. — Eight firefighters were injured in an explosion near Deer Valley Road and Grand Avenue Friday night, according to a spokesperson for the Surprise Fire Department.

The condition of the injured firefighters was not immediately known, but police said their injuries do not appear to be life-threatening.

Crews responded to an APS energy storage facility after someone reported seeing smoke just before 6 p.m. After arriving on scene, firefighters determined it was a possible hazmat situation and called for additional resources.

The Peoria Fire-Medical Department's hazmat team was called to assist, and the explosion happened as they assessed the situation.

Four Peoria firefighters were injured in the explosion and were taken by helicopter and by ground to local hospitals. A spokesperson for the Peoria Fire Department said the firefighters sustained a combination of chemical burns and inhalation burns.

One firefighter was in critical condition, but was upgraded to stable overnight, said Peoria fire. Officials said three other firefighters are still recovering but in stable condition.

Firefighters said three of them were flown to the burn center via helicopter, and one was taken via ambulance as a "stable/delayed" patient to a different trauma center.

The cause of the explosion is under investigation.