A truck collided with a motorcycle carrying two people before another motorcyclist crashed into the scene, according to officials. 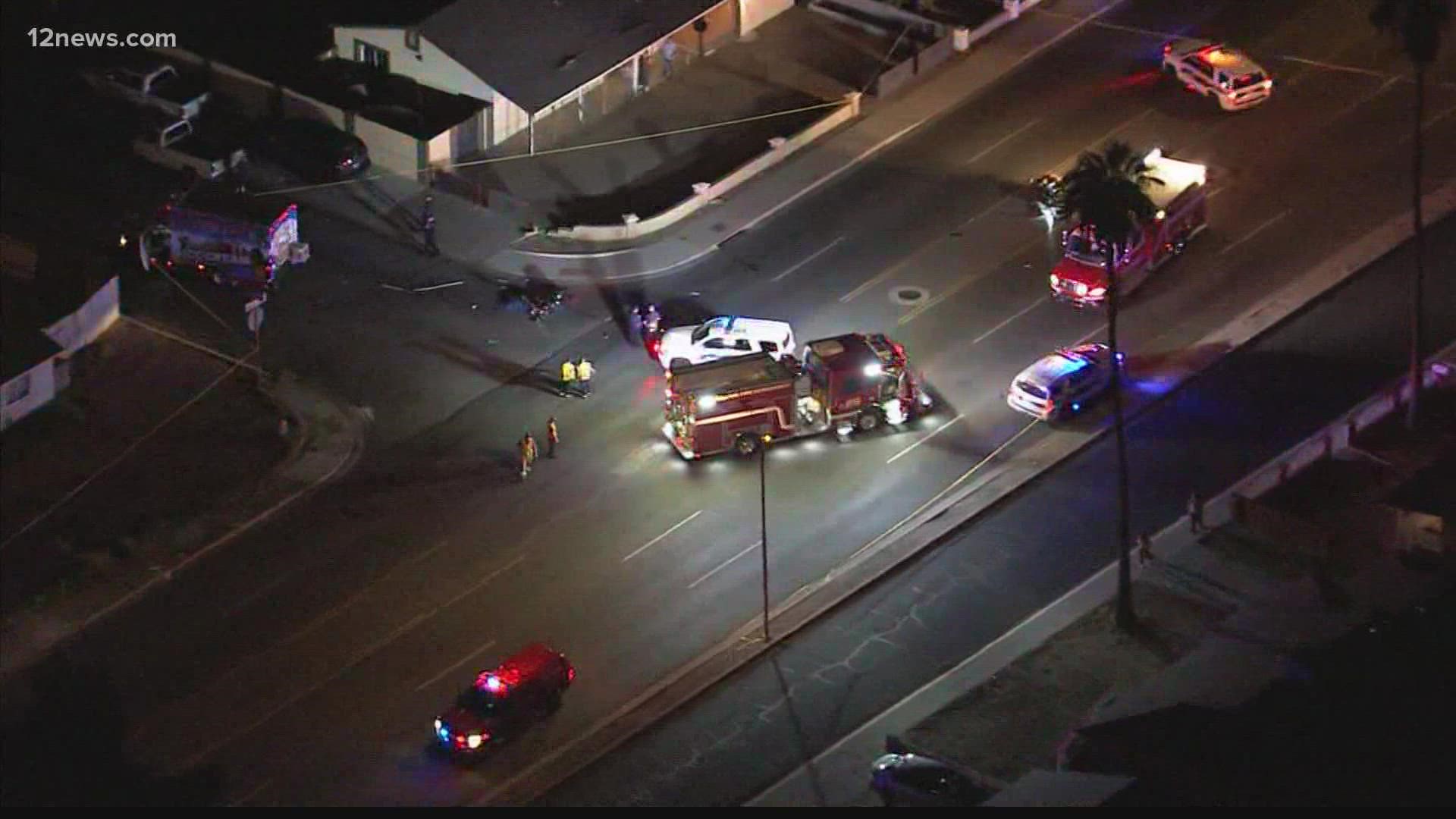 PHOENIX — One person is dead and two others are seriously injured after two motorcycles and a truck crashed in west Phoenix on Friday night.

According to the Phoenix Fire Department, a truck was making a lefthand turn onto 38th Avenue from Bethany Home Road when it collided with a motorcycle carrying two people.

The woman was seriously injured and the man was killed, police said.

The driver of the truck was not injured and police have determined that intoxication did not play a role in the incident.