The 19 year old’s mysterious disappearance and brutal murder is a case that shocked the community and continues to be a source of pain and anguish for Salinas' loved ones. 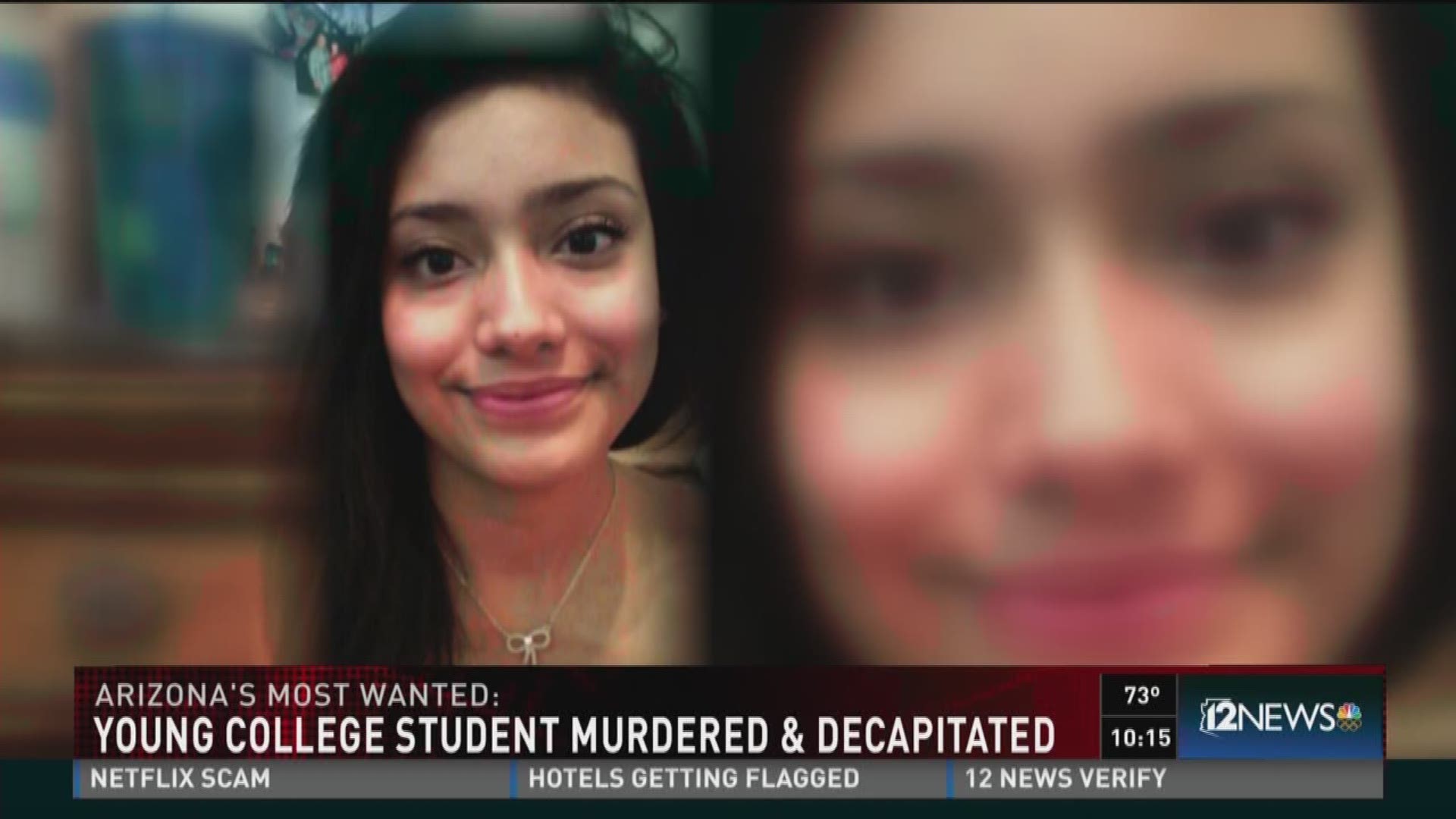 How long does it take to disappear?

For Adrienne Salinas it was 14 minutes.

The 19-year-old college student’s mysterious disappearance and brutal murder is a case that shocked the community and continues to be a source of pain and anguish for Salinas' loved ones.

While the case started as a missing persons investigation, less than two months after Salinas vanished, her decapitated remains were found in a wash in Apache Junction.

Despite the exhaustive efforts of the Tempe Police Department and the Federal Bureau Investigation, more than four years after her body was found, the case remains unsolved and no suspect has ever been identified.

"We need someone to fill in that story, to fill in those gaps, somebody out there knows,” an FBI agent told 12 News two years after Salinas’ body was discovered.

The mystery surrounding what happened to the beautiful 19-year-old began in the early morning hours of June 15, 2013.

Her father reported her missing on the morning of Sunday June 16, 2013, Father's Day.

Tempe police say Salinas and her roommates threw a party at their apartment off 5th Street and Hardy Drive in Tempe.

Around 2:30 a.m., police say Salinas and her boyfriend left to head to his place in Scottsdale but got into a fight.

Investigators say Salinas returned to her apartment. Later, she decided to drive herself to her boyfriend’s apartment but ended up crashing her car shortly after leaving.

Investigators say Salinas ditched her car, walked home, changed clothes and called a cab to pick her up at a nearby am/pm convenience store, which was around a quarter mile away from her apartment.

Her roommates told police nobody saw her return to the house this second time.

Police say Salinas left behind her purse and keys at her apartment.

At 4:53 a.m., police say Salinas answered a call from the cab driver and told him she was on her way.

She never made it.

And at 5:07 a.m., just 14 minutes after that final call from the cab driver, detectives say her phone shut off and she disappeared.

Police believe Salinas vanished during the time she's believed to have left her apartment, allegedly unnoticed, and then walked that quarter mile stretch of Hardy Drive between 5th Street and University Drive.

Investigators say security cameras captured a woman, resembling Salinas walking through the area near Jaycee Park, which is along that stretch of Hardy Drive, around the time she's suspected to have disappeared.

Salinas’ father called 911 to report her missing after she didn’t call him that Sunday which was Father’s Day.

"I'm really worried about my daughter, she's been missing since yesterday,” he’s heard telling a 911 operator on a recording of the call.

"This isn't like her,” he says, “she would have called and she's not answering her texts and the phones goes to voicemail.”

So, who murdered Salinas?

Police interviewed and cleared her boyfriend through cell phone records and other evidence. He was never a suspect and passed several lie-detector tests and has continued to cooperate with police.

As for the cab driver, he was also thoroughly investigated but surveillance video verified his arrival at the am/pm and documented the time he spent waiting for Salinas to arrive but police confirm she never did. Detectives determined he was not involved and he has never been a suspect.

Despite their efforts, the only thing police know for sure is the person their looking for is pure evil.

There is a $20,000 reward being offered for information leading to an arrest in Salinas’ murder.

The FBI and Tempe police continue to investigate the case. If you have any information, you're asked to call Silent Witness at 480-WITNESS.