The new arrests added to the 114 arrests made downtown during protests on Saturday night. 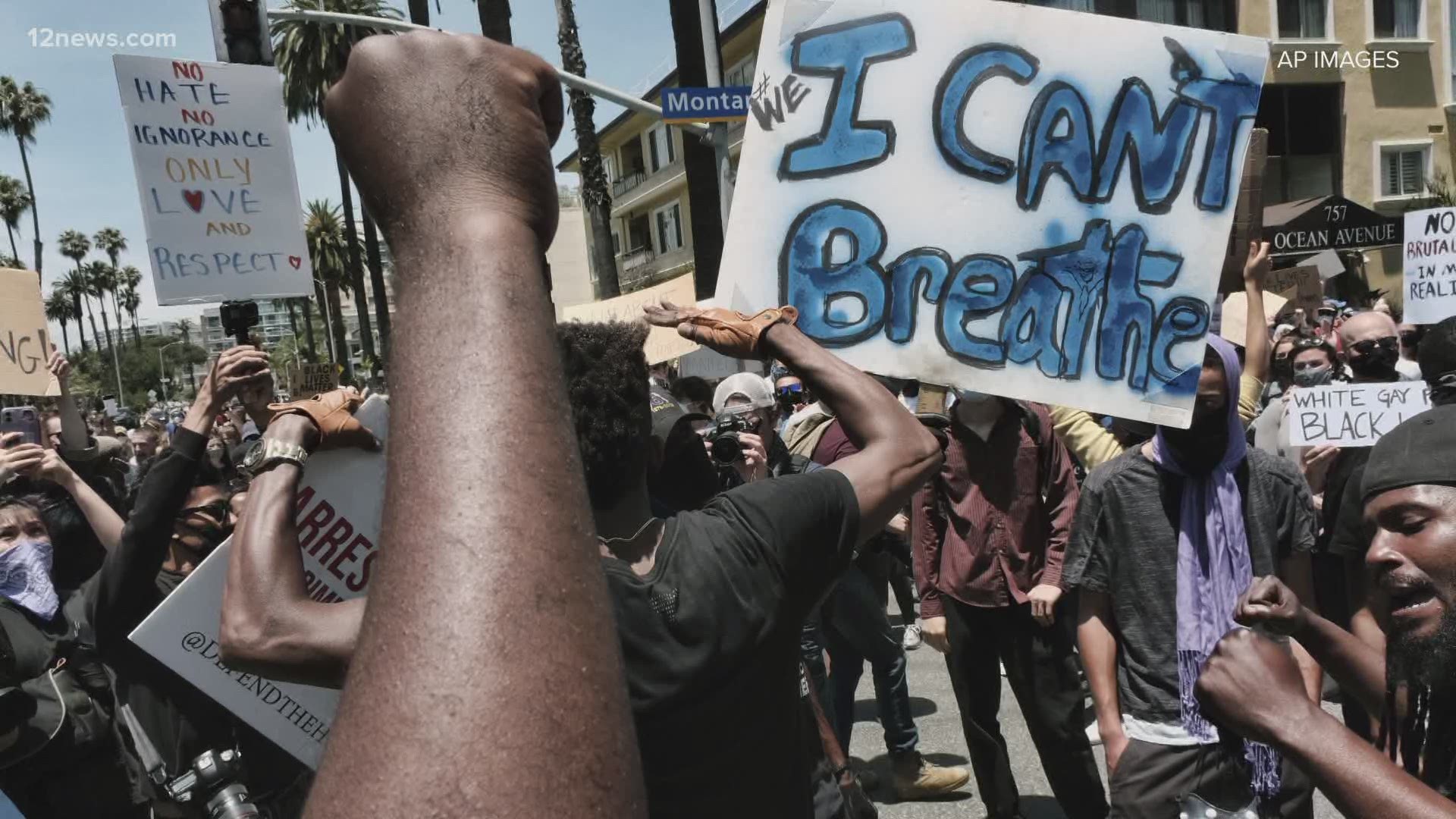 PHOENIX — Downtown Phoenix experienced its fourth night of protests against police brutality Sunday night and, with it, another night of arrests.

Officers arrested "more than 200 adults" during the protests Sunday night after the statewide curfew went into effect at 8 p.m., the Phoenix Police Department said.

More than 10 juveniles were also arrested for crimes and an unknown amount vehicles were towed at the scene.

An unlawful assembly was declared at 8:10 p.m. after the curfew was issued, police said.

Videos show officers firing tear gas at protesters at around 8:56 p.m. clearing protesters from the scene. People were allegedly throwing rocks and water bottles and shot fireworks towards officers, the police department said.

The new arrests added to the 114 people that were detained Saturday night during protests.

There is currently no reports of property damage from Sunday night.