More than 1,000 emergency, street-racing related calls were made in Phoenix last year

People have been run into, run over and shot at during street racing incidents, making the activity a main concern for Valley police. 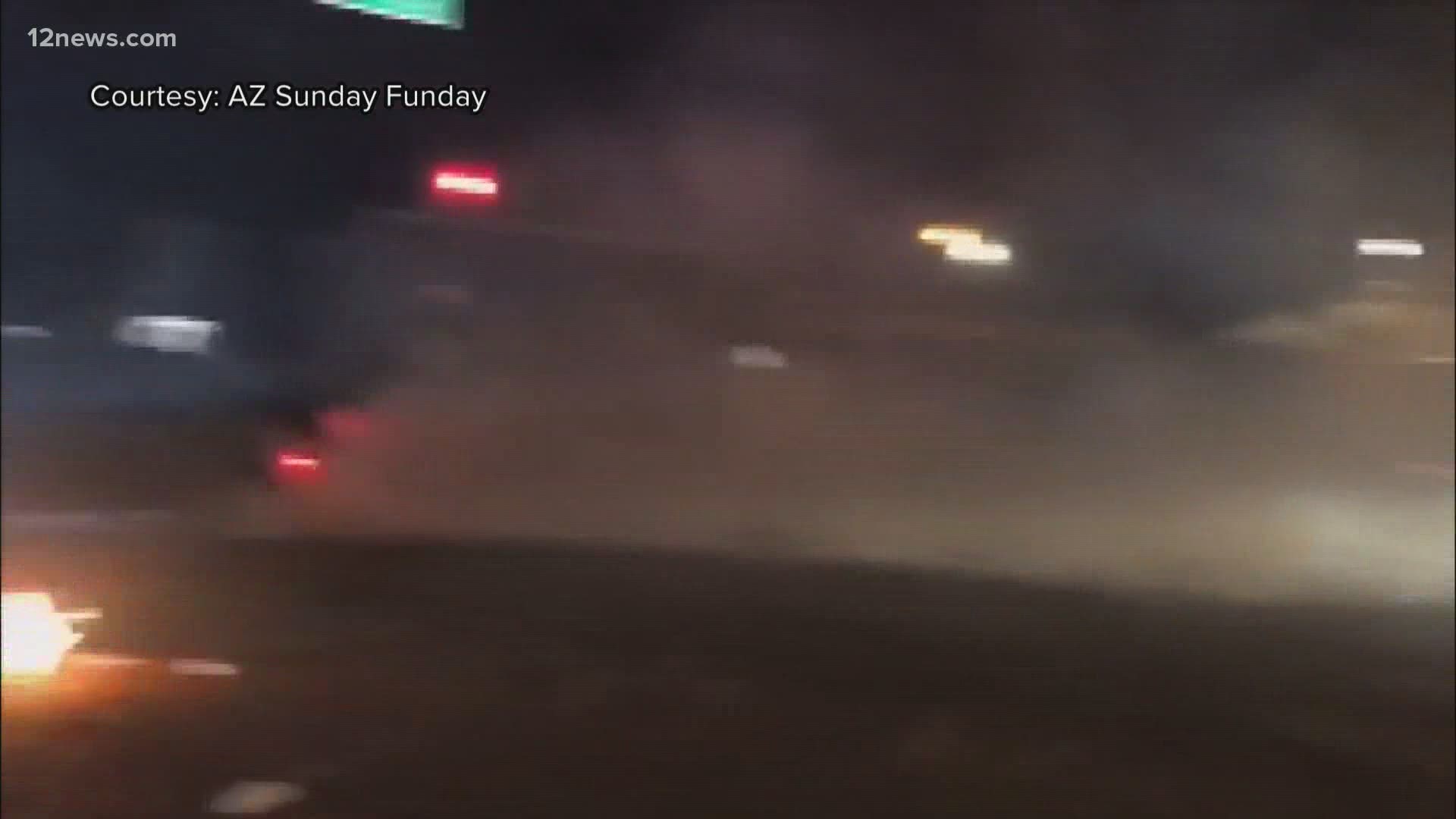 PHOENIX — Street racing is a growing problem across the Valley, with hundreds of people taking over intersections and speeding down streets, even leading to gunfire.

And police agencies are looking for new tools to combat them as incidents are on the rise.

People have been run into, run over and shot at during street racing incidents making the activity a main concern for Valley police. When one police department is successful in heading off the street racers, they tend to move on to other cities.

“We had a large group that did what they call 'park and chill,'” Phoenix Police Cmdr. Brian Freudenthal said.

Freudenthal said those drivers would go out in smaller groups to the nearest freeway, with two cars in the lead and the rest coming up behind them.

“The rest of those vehicles would block the freeway and they would drive really slow,” Freudenthal said, “and that would allow for those two lead vehicles now to do a side-by-side race at extremely high rates of speed.”

Freudenthal said it is a new street racing technique that’s catching on, even as police are having success cracking down on so-called “takeovers.”

Takeovers are when hundreds of cars block a major intersection, allowing other cars in the intersection to do tricks, like drifting and burnouts.

The night 12 News met up with the Phoenix Police Department, officers made contact with a group of drivers in a parking lot, apparently getting ready to head to Interstate 10.

Officers talked to them, then posted up on freeway on-ramps, waiting. The drivers never showed up.

In 2020, 1,003 people called 911 with street racing-related complaints in Phoenix alone. That's up from 673 in 2016. Twenty-five percent of all calls came in on Sundays, according to the Phoenix Police Department's 911 call data.

Phoenix Police said they’ve contacted 6,000 people since the task force was formed and have issued 2,500 citations.

But that’s where the Arizona Governor’s Office of Highway Safety and police say the problem lies: Unless police catch a driver in the act, there’s nothing they can do.

And when police respond to street takeovers, they argue other drivers surround patrol cars to allow the drivers' time to getaway.

On top of that, when one police department is successful in heading off the street racers, those racers tend to head to other cities.

“We started to supply funding from Tempe, provide funding for Chandler and Scottsdale and others because they go all over the place,” Arizona Governor’s Office of Highway Safety Director Alberto Gutier said.

“I wish we had legislation that will address this, especially on the issue of impounding vehicles.”

A typical citation for street racing is between $100 and $500, Freudenthal said.

“We're talking about the street racers who are burning through $500 to $1,000 worth of tires on a weekend in an intersection,” Freudenthal said.

“So a couple of hundred dollar ticket just isn't having the impact that we would like it to.”

Arizona State Sen. Paul Boyer (R-Phoenix) introduced a bill in the last session that would allow police to impound the cars of any street racer they catch.

That bill died in committee.

Boyer has since reintroduced the bill with another provision: It would let police also impound the cars of any spectators.

Police said street racers have told them they won’t stop as long as they have their cars.

“The only way to truly impact the street racing group,” Freudenthal explained, “is that we were going to have to get to the point where we tow and impound their vehicles.” 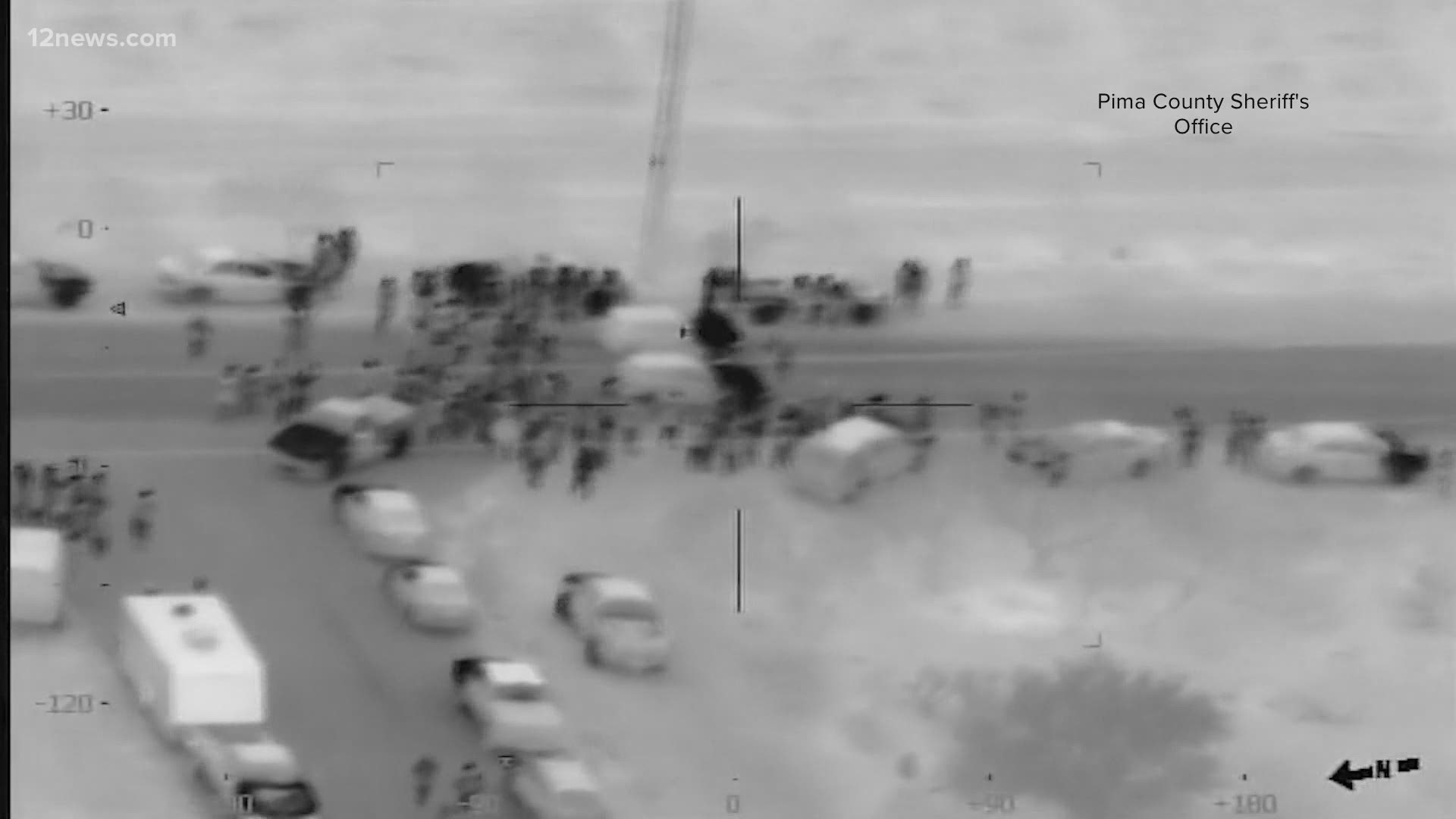