A day later and Mesa residents continue to feel the effects of Tuesday’s storm. 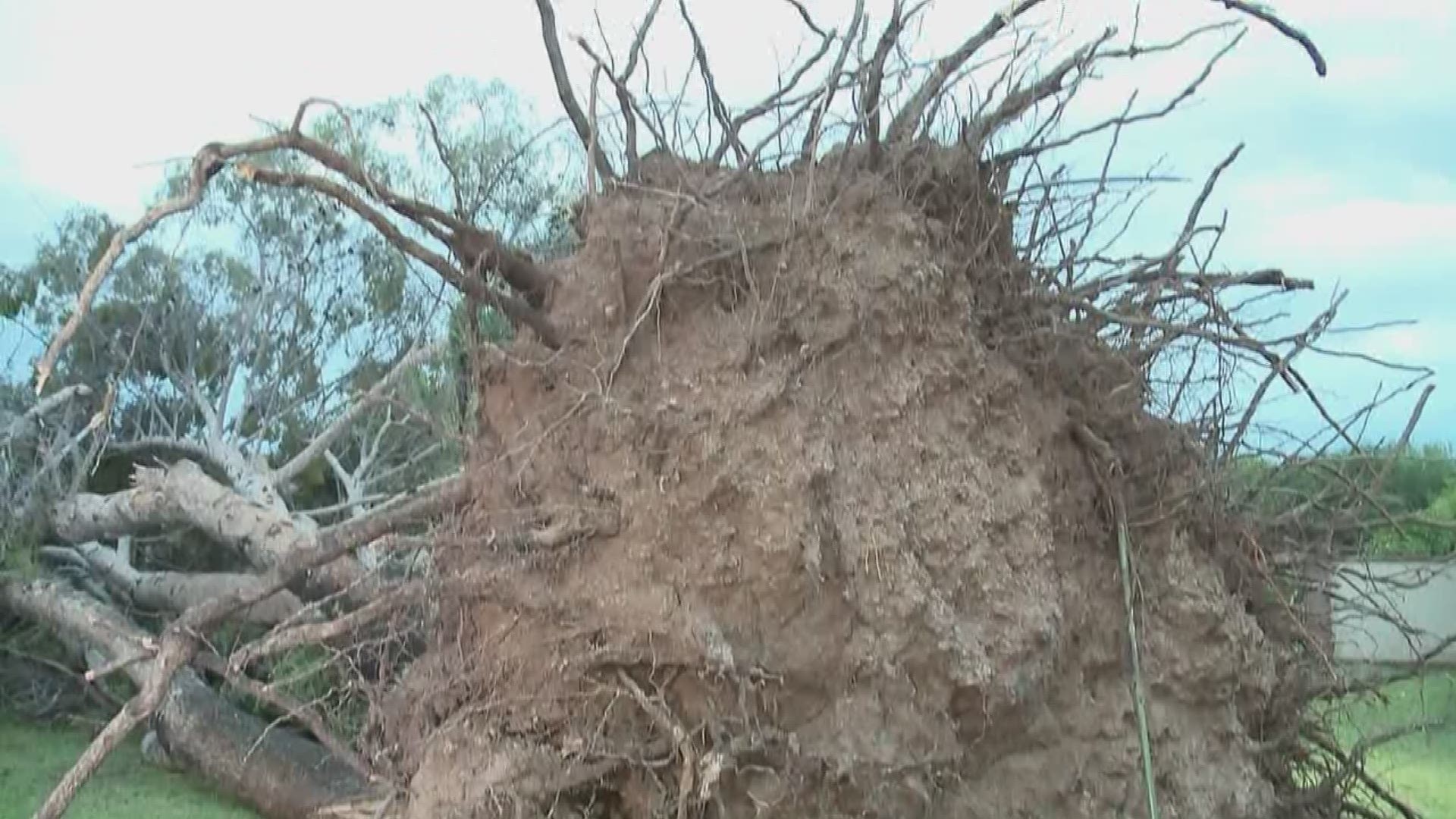 People in a Mesa neighborhood near Gilbert and McKellips roads woke up to a broken gas line, scattered debris and downed trees Wednesday morning.

“It’s kind of scary,” Robert Wagner, who was out for a walk, said. “That tree is several feet in diameter.”

RECAP: Valley got another taste of monsoon storms Tuesday

The tree collapsed across two separate yards, missing both homes. It did, however, take a gas line with it. Mesa fire says it left nine homes without gas and two homes lost power. Crews were out early Wednesday as neighbors surveyed the damage.

“There’s a mess everywhere, like every street we walk on, there’s a mess,” Caroline Porter said.

Another tree was down a few houses away. This time on top of the home.

“There was water leaking in every room, came out front and we smelled the gas from the gas line down the road,” Steven Olson said.

“And flooding,” Stephanie Ngawaka, “it was just sheets of rain pouring off the roof. It was crazy.”

Some areas of Mesa saw around an inch of rain Tuesday, according to measurements from the Maricopa County Flood Control District. More rain chances are in the forecast Wednesday.

“And it came on so quickly,” Porter said. “There is wind. And then all of a sudden we had the drops. So it caught us quickly.”

There were no reports of injuries, according to Mesa fire.