$1,000 spent on woman's credit cards stolen during run on North Mountain in Phoenix

Janet Yeow went running at the Phoenix Mountain Preserve Sunday around 12:15 p.m. She left her purse hidden in her car, but someone broke her window and stole it. 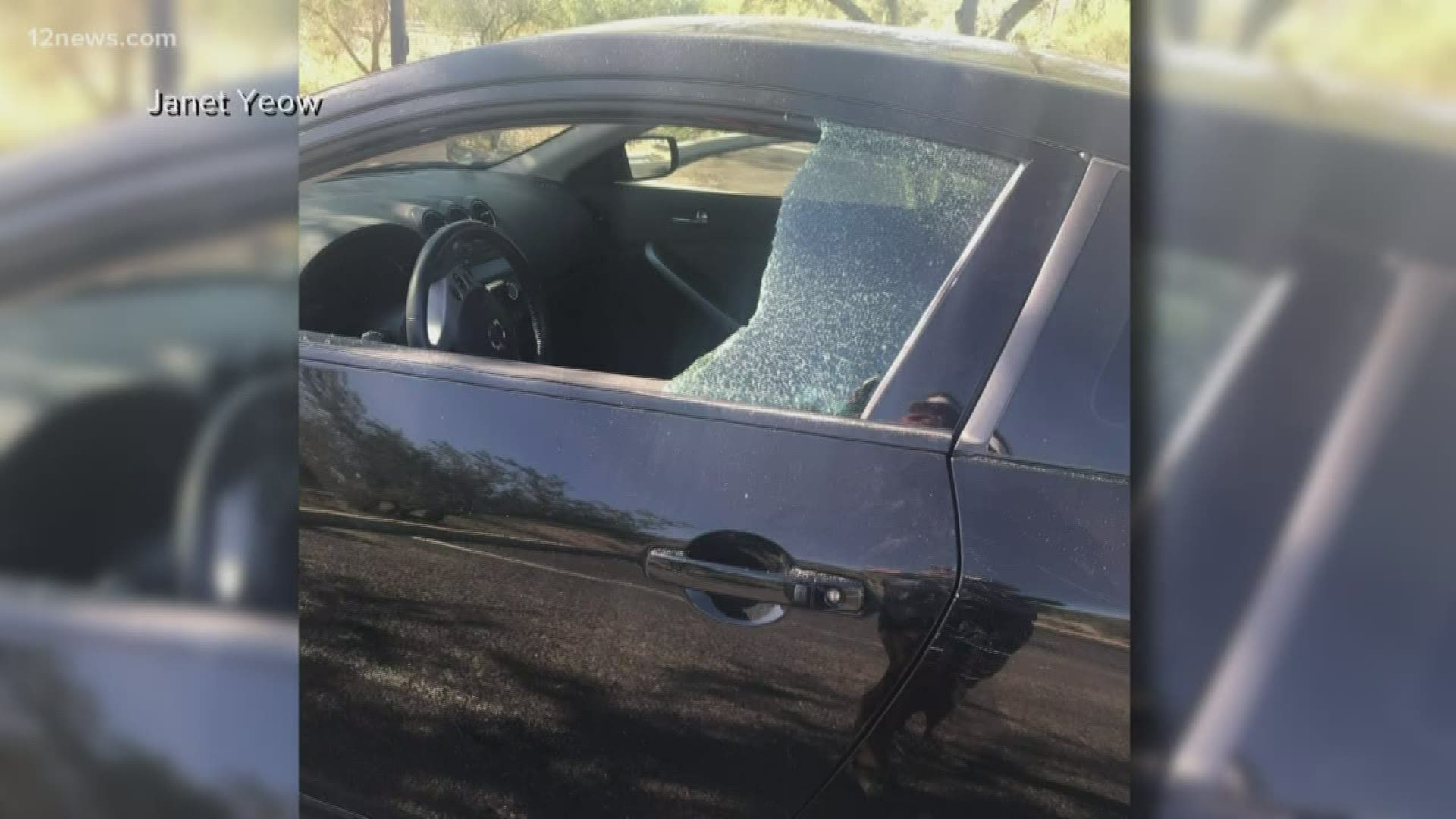 PHOENIX — A woman came back after a run on near North Mountain Visitor's Center to her car window broken and about a $1,000 spent on her credit cards.

Janet Yeow went running at the Phoenix Mountain Preserve Sunday around 12:15 p.m. She left her purse hidden in her car, but someone broke her window and stole it.

"You feel violated, you know? It's a place that you think was a secure, comfortable place that you go to, broad daylight with 30 cars in the parking lot, right? You don't expect things like that to happen," Yeow said.

Before she was even done with her run, whoever stole her purse was already on a spending spree down Glendale Avenue.

Another charge was also made to DoorDash, and they tried to write and deposit a check.

"Once they charged it, it's done, right? You can't get it back," Yeow said.

What bothers Yeow though is the thought that whoever did this might have actually been watching her, waiting for the right time to break-in.

It's leaving her questioning what running at North Mountain will look like in the future, hoping whoever took her things and spent her money is caught.

With more people hitting the trails to hike and run, police say you should try to avoid keeping valuables inside your vehicle, or at least make sure they're locked away in a glove compartment.