Mom told police she should be arrested after 5-month-old left in car, court docs say

The baby was in a car in a Goodyear Target parking lot on Sunday, when it was estimated to be 102 degrees. 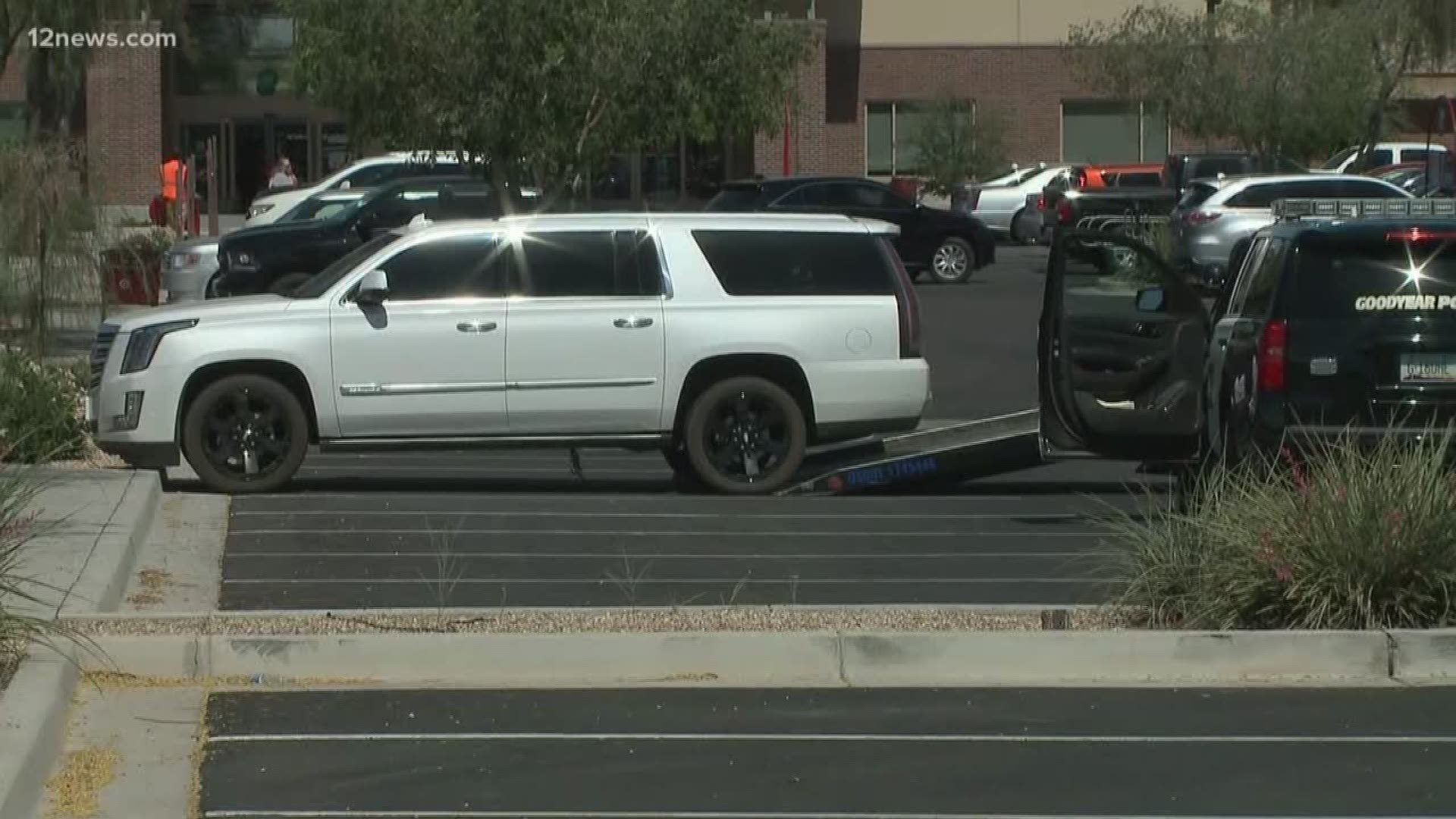 GOODYEAR, Ariz. — Police identified the woman arrested after her 5-month-old was left in a car in a Target parking lot in Goodyear on Sunday.

The baby girl was transported to Phoenix Children's Hospital, where she was in stable condition, spokeswoman Lisa Berry said Sunday afternoon.

Goodyear PD released the name and photo of the 37-year-old mother, Stacey Holly, on Monday and said she is charged with one count of child abuse and one count of endangerment.

Police say Holly stated she was distracted and forgot the infant in the vehicle.

According to the police report, police received a call about an infant in a non-running car for about 30 minutes. Police say the infant appeared to be sweating and was red in the face.