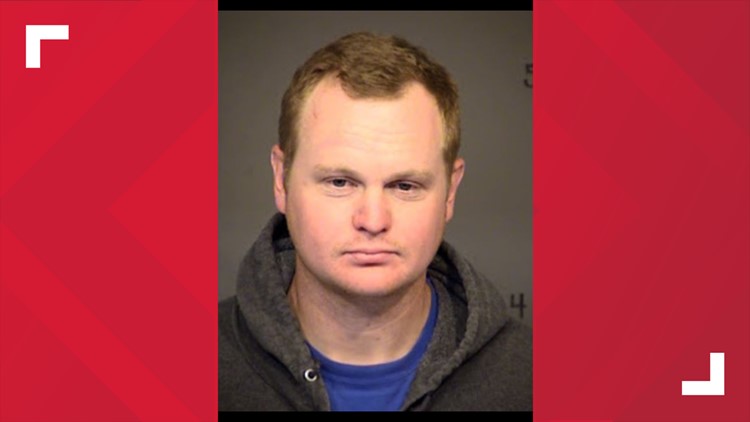 MESA, Ariz. — A 30-year-old man has been arrested, accused of shining a laser pointer at a Mesa police helicopter.

Police say on October 26 their air unit was flying in the area of Signal Butte Road and Southern Avenue when they reported that someone had pointed a green laser at them.

Mesa police units on the ground were notified and later located and reportedly observed Phillip Merrell pointing the laser, according to a news release from the Mesa Police Department.

Through further investigation, police say they learned that Merrell had also pointed the laser at a commercial airliner from the Phoenix-Mesa Gateway Airport the day before.

There were reportedly also several other complaints from pilots saying someone in the area had been shining a laser at them.

According to court paperwork obtained by 12 News, Merrell told officers he didn't know that shining a laser at aircraft was illegal.

Merrell has been charged with one count of pointing a laser at an occupied aircraft and one count of endangerment involving risk of imminent death, police say.