All of the students at the high school have been evacuated off of the school's campus, police said. 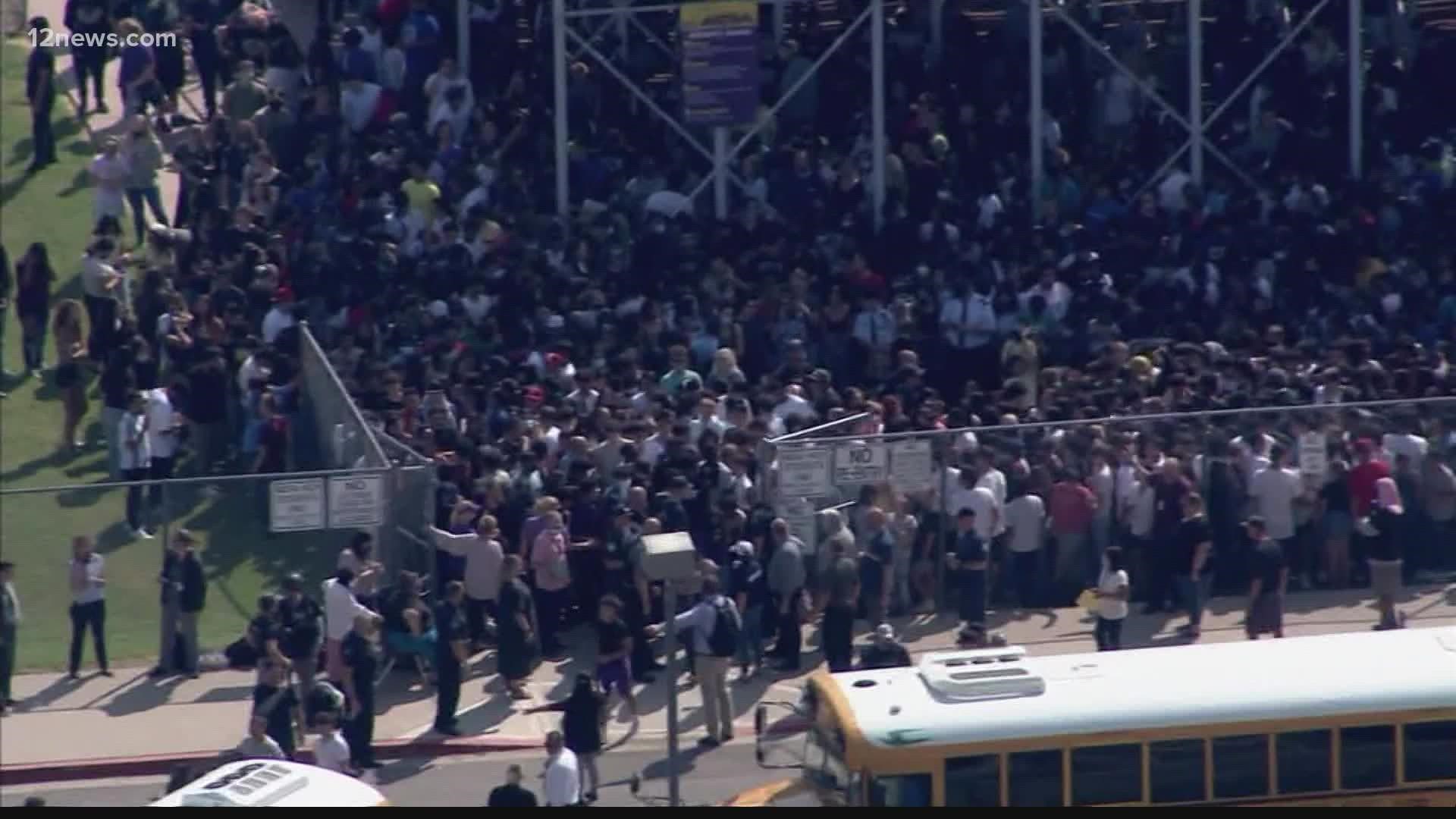 Police told students' families that the school received a bomb threat at 8:30 a.m. through a 911 call, officers said. The school immediately went into lockdown and approximately 3,000 students were evacuated to the school's football field then transported by bus to Mountain View High School.

Officers combed through buildings but did not locate any suspicious devices, police said.

Officers from Phoenix, Tempe, and the Maricopa County Sheriff's Office assisted in the search for suspicious items on the school campus.

Mesa police said that they are investigating two juvenile individuals as leads but there have not been any arrests.

All students have now been evacuated from campus. Southern Avenue is still shut down at Harris. Please avoid the area.

Authorities from the Mesa Fire Department said that three people were transported to the hospital for medical emergencies, including:

The Mesa Public Schools District said it is coordinating with parents to provide information, according to the department. Police are asking parents and families not to come to Mesa High School or Mountain View High School for safety reasons.

Sky 12 left the scene after authorities place a temporary flight restriction in the area.

Watch the latest update below:

This is a developing story. Stay with 12 News for updates.

Credit: Chopper 12
Students at Mesa High School were evacuated after a possible bomb threat was reported.