Mesa cop fired, rehired and then retired with $31,000-a-year pension

Officer Philip Brailsford was terminated after shooting an unarmed businessman in a hotel. After jury acquittal, he was rehired so he could apply for disability. 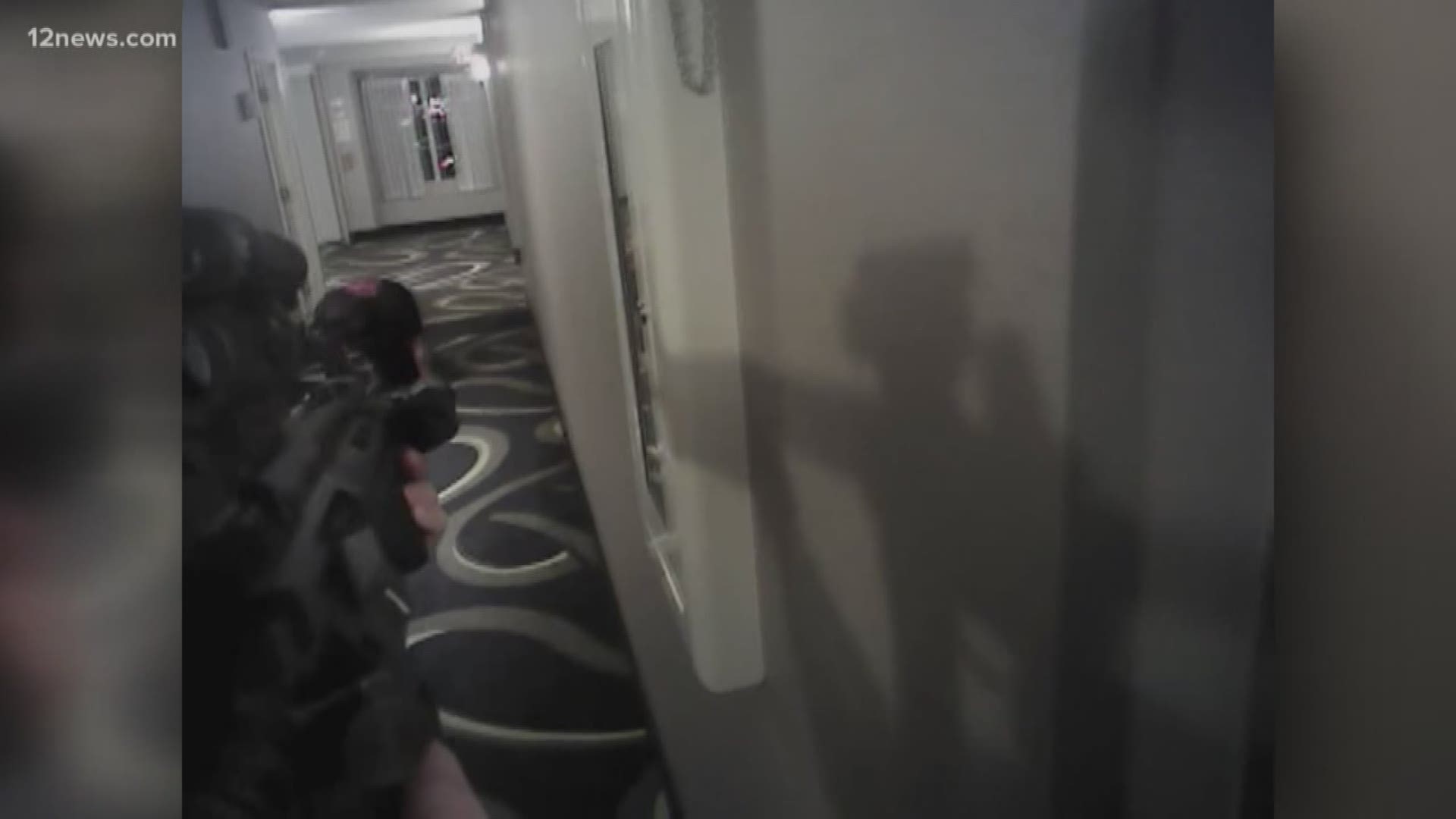 PHOENIX — A Mesa police officer who was fired three years ago after he killed a man in a hotel hallway was rehired two years later and then allowed to retire with a tax-free, lifetime pension of $31,000 a year, according to documents obtained by 12 News.

Officer Philip "Mitch" Brailsford was acquitted of murder and reckless manslaughter in the killing of 26-year-old Daniel Shaver, a Texas man staying at a Mesa hotel while on business.

Body-camera video showed a weeping Shaver, on his knees in a hotel hallway, begging for his life before he was shot. Shaver's widow labeled the shooting of her unarmed husband "an execution."

Pension board documents and emails obtained by 12 News show Brailsford was fired on March 21, 2016, two months after the fatal shooting.

According to the City of Mesa, Brailsford was rehired more than two years later, on Aug. 27, 2018, under a settlement that allowed Brailsford to file for accidental disability retirement benefits.

He agreed to waive his right to appeal his firing, in exchange for allowing him come back and file for the medical retirement, Mesa spokesman Steven Wright said in an interview Wednesday.

Under the settlement, Brailsford was slotted into an unbudgeted position, didn't get a paycheck, and had no police duties, Wright said.

Brailsford, who is 28, applied for an accidental disability retirement resulting from an on-the-job injury, according to pension documents. The injury was not disclosed.

"His condition totally and permanently prevents him from performing a reasonable range of duties within his job classification," according to Mesa Police Pension Board minutes.

The $2,569.21-a-month, tax-free pension—$30,828 a year—was unanimously approved on Oct. 8, 2018, according to a letter sent to Brailsford by the state’s Public Safety Personnel Retirement System. Brailsford's job ended the same day his disability benefit was approved.

Shaver's family has filed a wrongful-death lawsuit in federal court seeking $75 million from the City of Mesa; Brailsford and other officers; the hotel where Shaver was staying; and other entities.

The City of Mesa issued this statement:

"Philip 'Mitch' Brailsford was terminated by the Mesa Police Department on March 21, 2016. Mr. Brailsford, through his attorney, requested an appeal of his dismissal on March 22, 2016.

On August 23, 2018, a settlement agreement between the City of Mesa and Mr. Brailsford allowed him to file for accidental disability and a medical retirement with the Public Safety Personnel Retirement System Local Board. This agreement eliminated the need for a Mesa Personnel Appeals Board hearing.

During the time that Mr. Brailsford was making his application for medical retirement, he was not paid and was not assigned any police officer duties.

RELATED: What does the Brailsford body camera footage show?