Memorial May relay makes virtual changes because of COVID-19

The Carry the Load relay in Phoenix on Mother's Day honors military lives sacrificed in the line of duty. 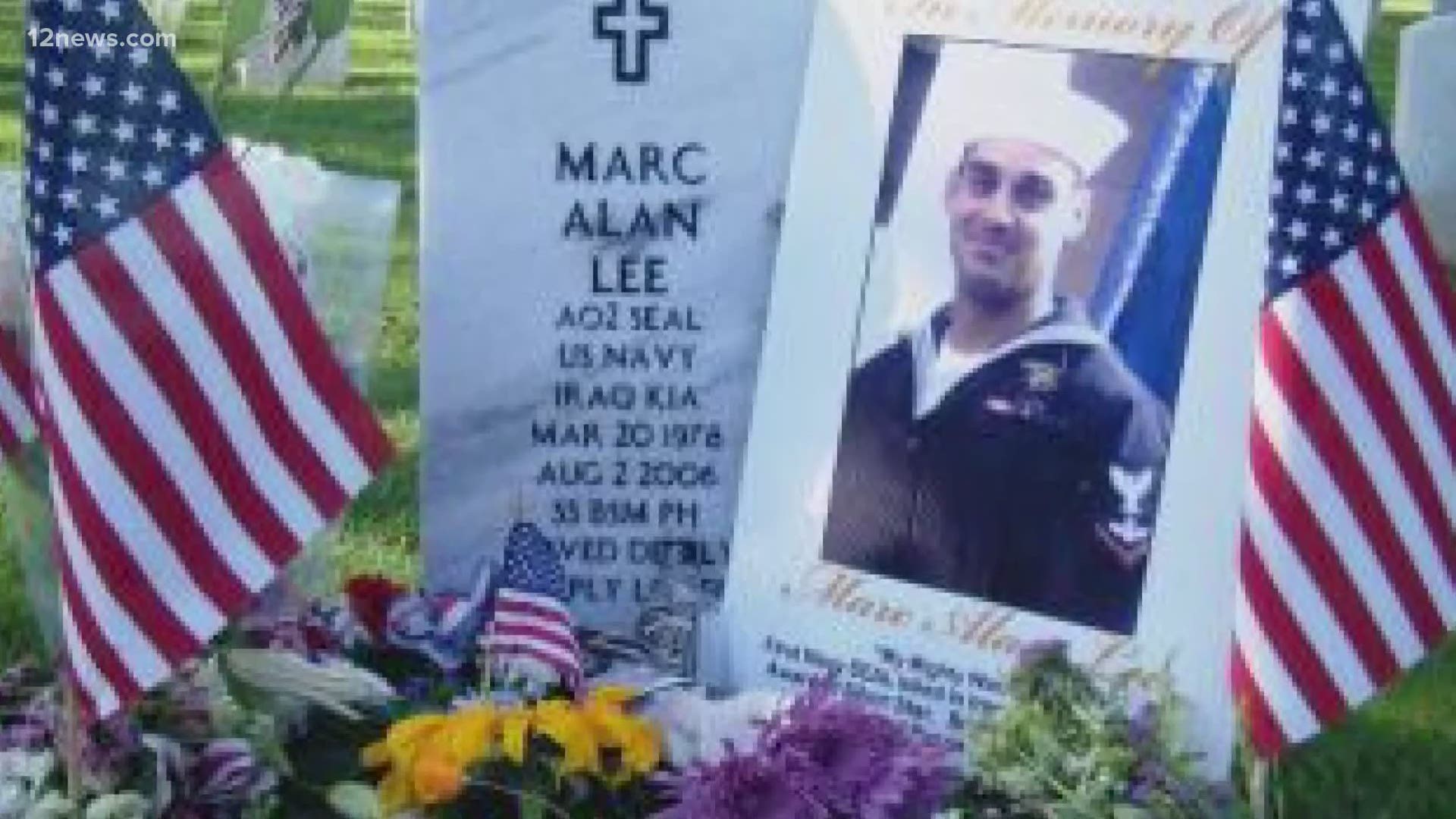 PHOENIX — The Carry the Load national relay honors the sacrifices of our military members and is making a stop in Phoenix on Mother's Day.

But, the relay is going to look a lot different because of precautions being taken due to the coronavirus. Debbie Lee, a gold-star mother with a mission, is looking to make some of those changes.

“I am Debbie Lee, very proud mother of Marc Lee, the first Navy SEAL who was killed in Iraq on August 2nd, 2006,” she said.

This year, Debbie’s foundation, America’s Mighty Warriors, is a beneficiary of the Carry the Load National Relay.

“To come together to honor and remember those who have given their final breath on the field of combat for the freedoms we enjoy every day," Lee said.

While it’s usually done in a big group in person, this year will look different because of the pandemic.

“We didn’t quit," Lee said. "We didn’t say 'sorry, we can’t do it this year.' We adapted and overcame and we’re doing everything virtual.”

The now virtual run in Phoenix is on Mother’s Day and anyone can get involved by clicking here.

It’s a time that’s special for this mom, as she keeps her son’s memory and sacrifice alive.

“We do have a responsibility as a nation to those who went into the combat zones defending us," Lee said. "To live our lives worthy of that sacrifice they made, and just like my son who gave his final breath."

Join me in supporting Carry The Load.
Carry The Load is a non-profit organization that provides an active way to connect Americans to the sacrifices made daily by our military, veterans, first responders and their families. What started in 2011 as a mission to restore the true meaning of Memorial Day has now grown to honoring our nation's heroes 365 days a year.