Memorial held for Goodyear firefighter who died of occupational cancer

Engineer Austin Peck joined the department in 2008, and was diagnosed with job-related cancer in 2015. 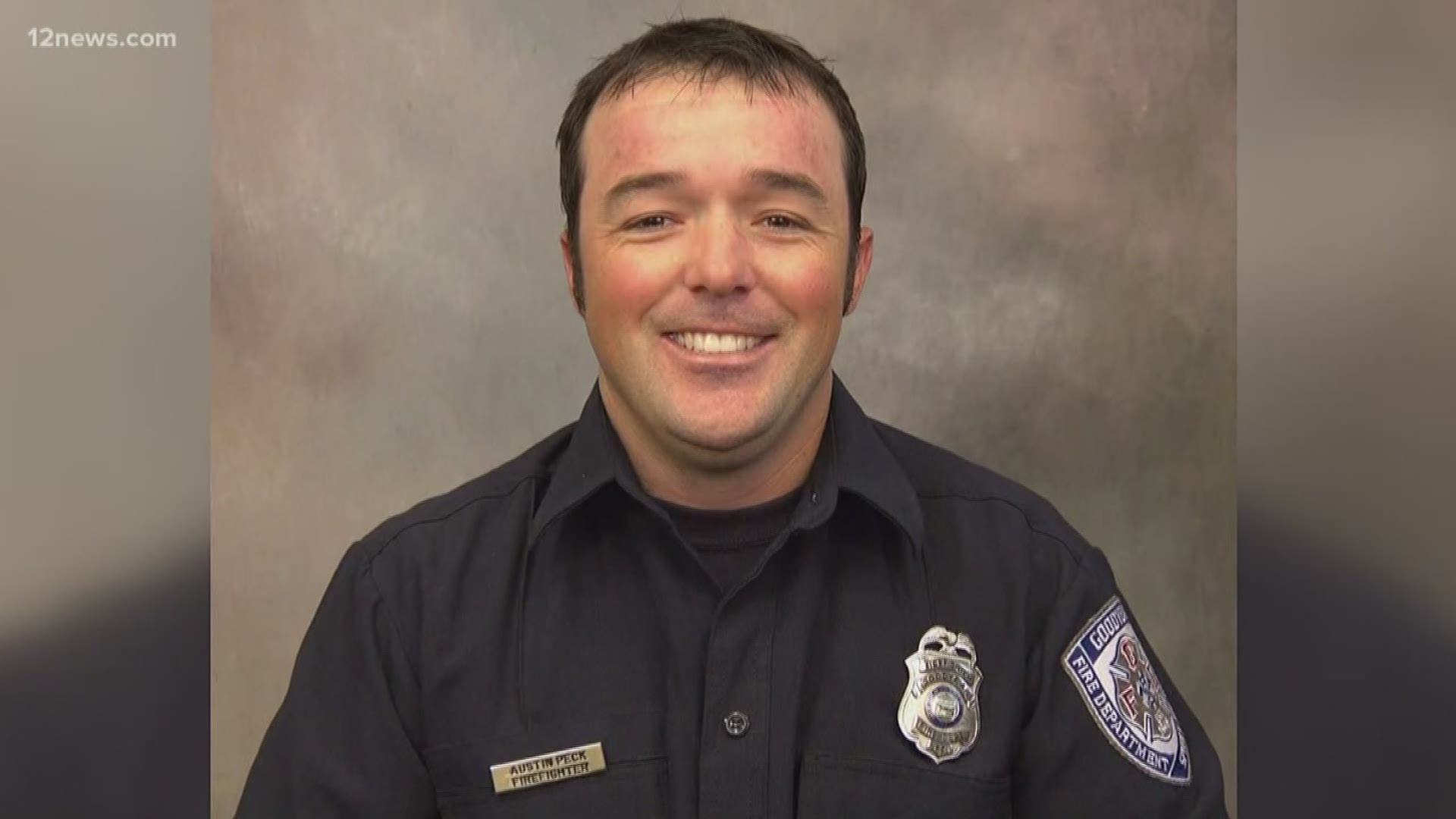 Hundreds came together on Saturday to honor the life of the Goodyear firefighter who lost his battle with occupational cancer a week ago.

Engineer Austin Peck joined the department in 2008, and was diagnosed with job-related cancer in 2015.

He fought the disease for almost four years, but died last Saturday.

"He leaves a legacy of being a fighter, being a family man and being a fighter. He fought so long to stick around for his girls and his wife," Jason Richmond, public information officer with the Goodyear Fire Department said.

A procession with several fire agencies from around Arizona came to honor Peck and his life at the Dubliner Irish Pub in Phoenix.

The location was chosen by Peck before he died. Colleagues say he wanted his memorial to be a party.

RELATED: An inside look at how Phoenix firefighters handle the risks of the job

"The ceremony was Austin to a T," Richmond said.

"Was it rough? Yes. But do I think we did him honor and did him justice? Absolutely," Gilman said.

Peck was described by family, friends and fellow firefighters as charismatic, funny and strong.

"Austin loved to laugh and have fun," Richmond said.

Peck is survived by his wife, Erin, and their two daughters.