The crew was not injured and the patient being transported was taken by ambulance to a local hospital. 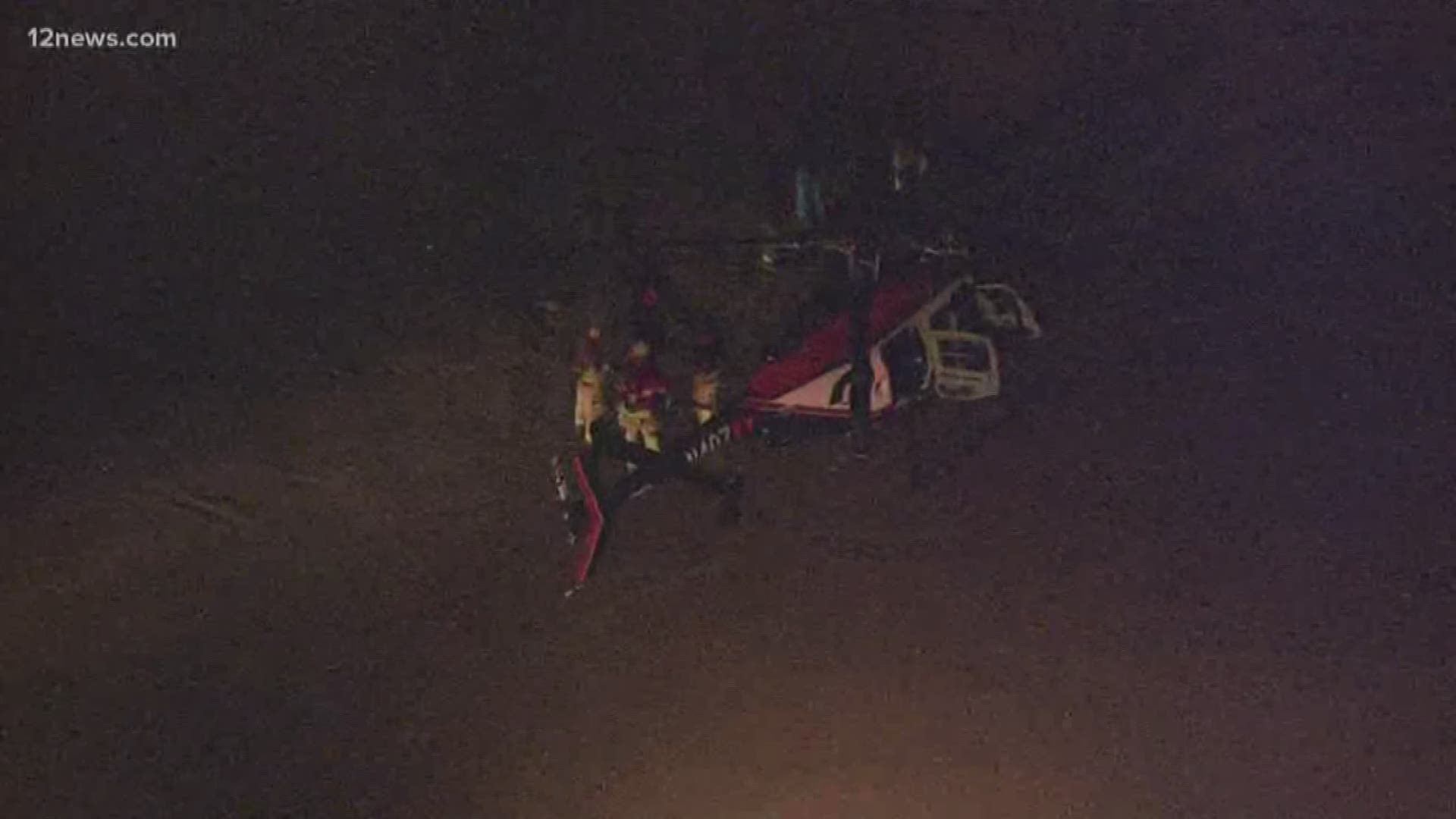 PHOENIX — A medical transport helicopter made an emergency landing just north of Phoenix after reporting smoke in the cockpit Thursday night, firefighters said.

Phoenix Fire said the Daisy Mountain Fire Department made contact with the helicopter when it landed near 16th Street and Carefree Highway.

The patient being transported on the helicopter was taken to a nearby hospital via ambulance.

There were no injuries to the helicopter crew, firefighters said.

The cause of the smoke is not yet known.