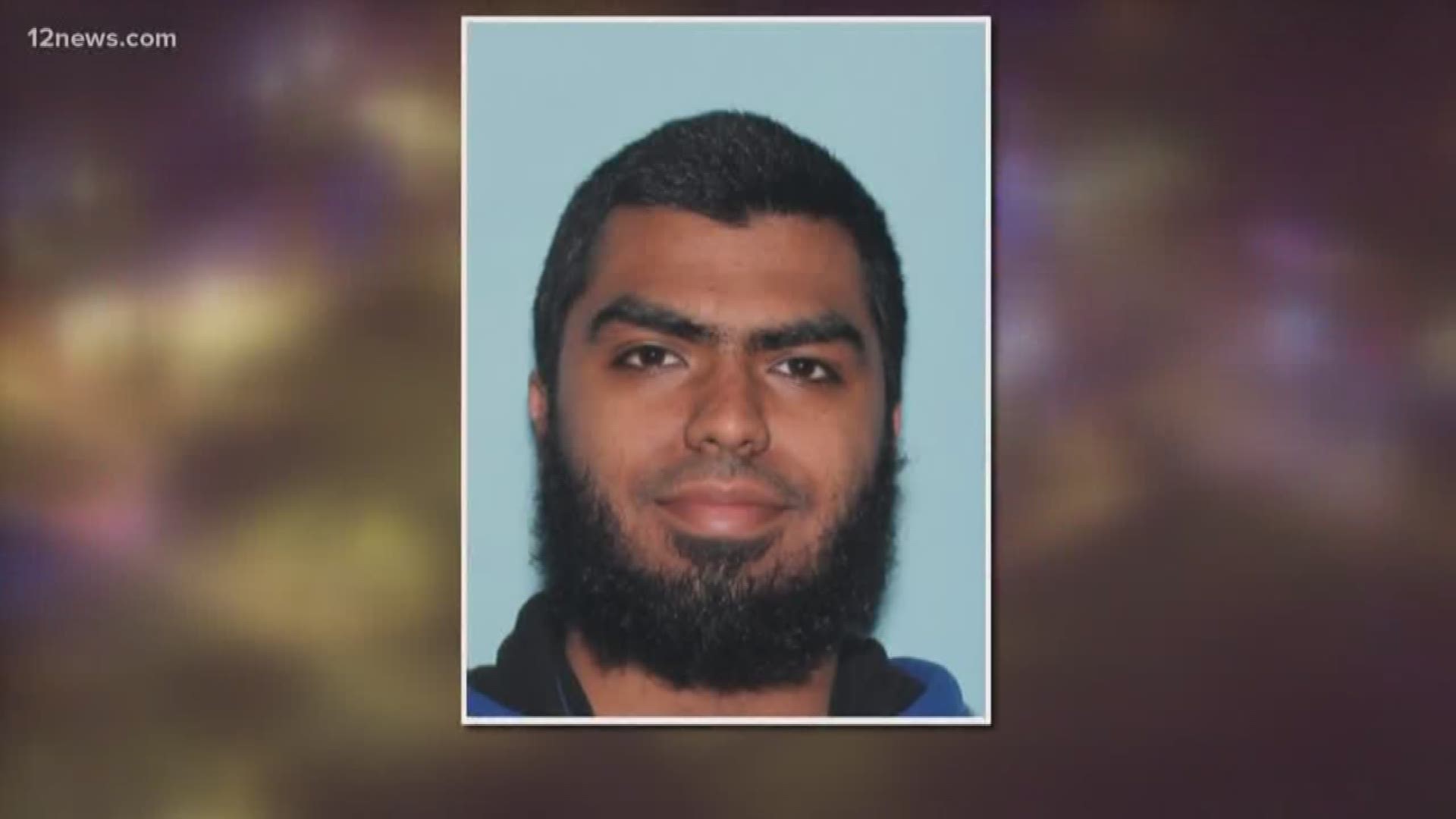 Newly released documents are shedding light on why authorities believe a Fountain Hills teen—who pledged his allegiance to ISIS before being shot by a Maricopa County Sheriff’s Deputy in January—should be charged with terrorism.

The body cam video shows 18-year-old Ismail Hamed being shot outside a Maricopa County Sheriff’s substation near his Fountain Hills home after he threw rocks at a deputy and brandished a knife.

We spent the day looking through the nearly thousand-page document that has more on what authorities found.

For months now, 12 News has been asking the Maricopa County Sheriff’s Office and the FBI how and why 18-year-old Ismail Hamed got to the point where walked to an MCSO substation near his Fountain Hills home and demanded to see a deputy.

As he advanced toward the responding deputy with a knife, he was shot twice and subsequently charged as a terrorist.

A 911 call released in February revealed more about Hamed’s state of mind.

“I need to talk to a cop real quick. I’m owing my allegiance to the Islamic State of Iraq and Syria. I’d like to see cops,” Hamed said during the 911 call.

“Do you have any weapons on you?" asks the dispatcher.

Hamed replies, “Yes, I have a couple of rocks and a knife”.

MCSO and the FBI on Friday released nearly 1,000 pages of evidence as to why Hamed is being charged as a terrorist that included what investigators discovered on Hamed's phone, including text messages saying: "Life without jihad is meaningless."

In another text, he told a friend to watch the video "Prophets on Judgement Day and Osama Bin Laden’s Holy War."

Then there were YouTube videos found on his electronic devices with links to radical clerics, as well as an overt admiration for radical like Anwar Al-Awlaki, a deceased cleric who justifies the use of violence.

Hamed also wrote about Omar Mateen, the man who was responsible for the Orlando Pulse Nightclub massacre in 20 that killed 49 people. Other disturbing transmissions included conversations about jihad and Osama Bin Laden.

Authorities say it all ultimately led up to Ismail Hamed, who they say had been radicalized on social media, being shot by a deputy twice but surviving his attack on law enforcement.

A trial date has been set for October 14. 12 News has reached out to Hamed’s attorney Faisal Ullah for further comment. He has not returned our calls.