The actor, who played Luke Skywalker in the Star Wars trilogies, said he hadn't seen the record since the early 1990s. 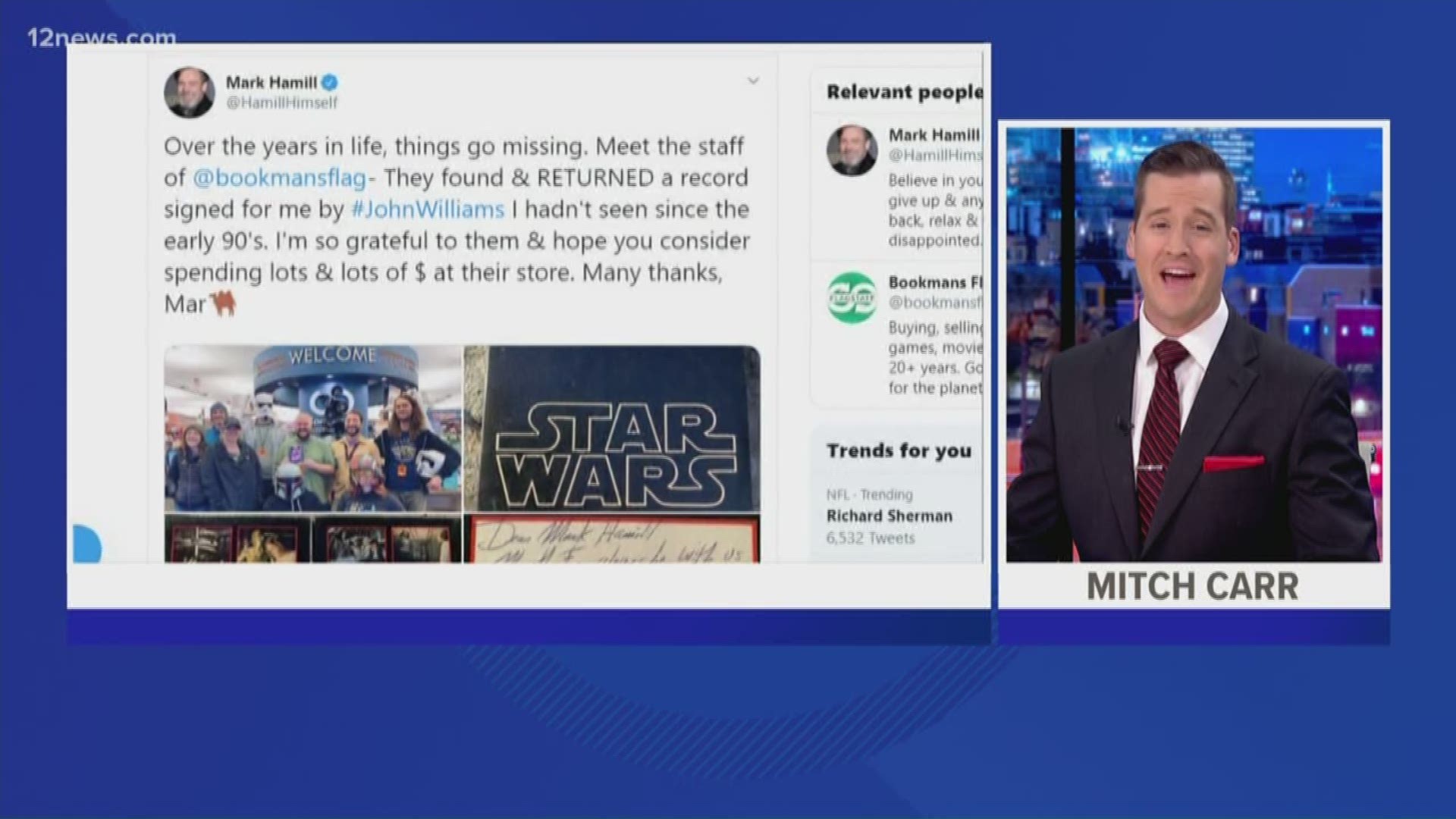 FLAGSTAFF, Ariz. — Mark Hamill, a.k.a. Luke Skywalker, took to Instagram and Twitter to thank a media store in Flagstaff that found and returned a Star Wars record signed to him from John Williams.

Williams scored each movie from all three Star Wars trilogies.

Hamill said in his post he hadn't seen the record since the early 1990s.

"I'm so grateful to them & hope you consider spending lots & lots of $ at their store," the 68-year-old actor wrote.

In the message written on the record, Williams wrote, "Dear Mark Hamill, May the Force always be with us."

Bookmans posted about it on their Instagram writing, "We recently found an LP signed by #johnwilliams and were able to return it to its rightful owner THE Mark Hamill!!!! So happy we were able to help. Huge thank you to Mark for being so kind and giving us a shoutout."