The Arizona Democratic Party did not post the $1 million bond to protect the audit team from financial losses. 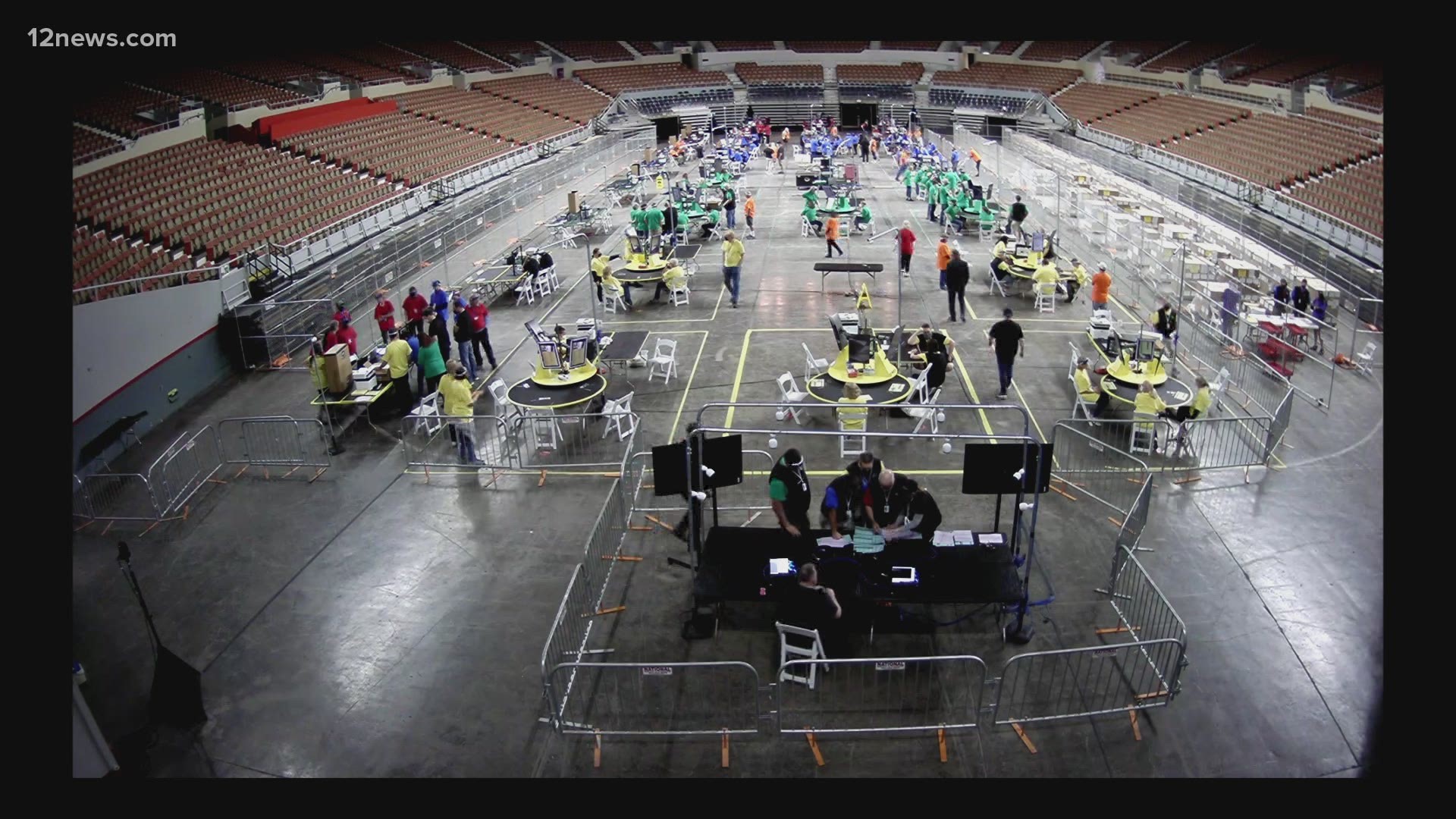 PHOENIX — A major political dispute over the results of last year's presidential election in Maricopa County is developing, but, for now, the audit sponsored by the Arizona State Senate Republicans will continue.

A Maricopa County judge ordered a pause after state Democrats filed a lawsuit to block the audit.

The pause would have been from 5 p.m. Friday until noon Monday, but the Arizona Democratic Party will not post the $1 million bond as requested by the judge.

In a statement, party officials said in part "the fact of the matter is that no one knows the actual cost of this sham audit and President Fann and the Cyber Ninjas have not once made this figure public."

Maricopa County delivered the first shipment of ballot-counting machines Wednesday for Arizona Senate Republicans’ audit, but only after the Senate agreed to shield the county from any legal or financial liability connected to the audit, according to documents obtained by 12 News.

One particular focus of concern for the county: The work of audit leader Cyber Ninjas, whose owner has promoted false claims about the 2020 election. Some of those claims have targeted the owner of the county's ballot-counting machines.

The multimillion-dollar machines were loaded onto three trucks at the county’s election headquarters Wednesday morning.

They were then driven in a convoy for three miles to Veterans Memorial Coliseum at the State Fairgrounds, with undercover sheriff’s deputies providing security along the route.

The handover of the machines on Wednesday and 2.1 million county ballots on Thursday are part of Senate Republicans’ unprecedented audit of Maricopa County’s 2020 presidential vote, won by Democrat Joe Biden.

Later in the afternoon, the Arizona Democratic Party and the sole Democrat on the Maricopa County Board of Supervisors are suing in an effort to block the Arizona Senate’s ballot recount and audit of the county's 2020 election.

The lawsuit alleges Republican Senate President Karen Fann pledged to a judge that the Senate would protect ballot and voter privacy before he ruled the Senate could access 2.1 million voted ballots and the tabulation machines.

Instead, they say she is outsourcing the recount to a biased third party and putting election integrity at risk. The recount starts Friday. Fann says the ballots are secure and protected.