Maricopa County has more homeless people on the streets than in shelters for first time, report shows

The annual Point in Time homeless count showed that a large number of people are living on the streets of Maricopa County, even before the COVID-19 pandemic. 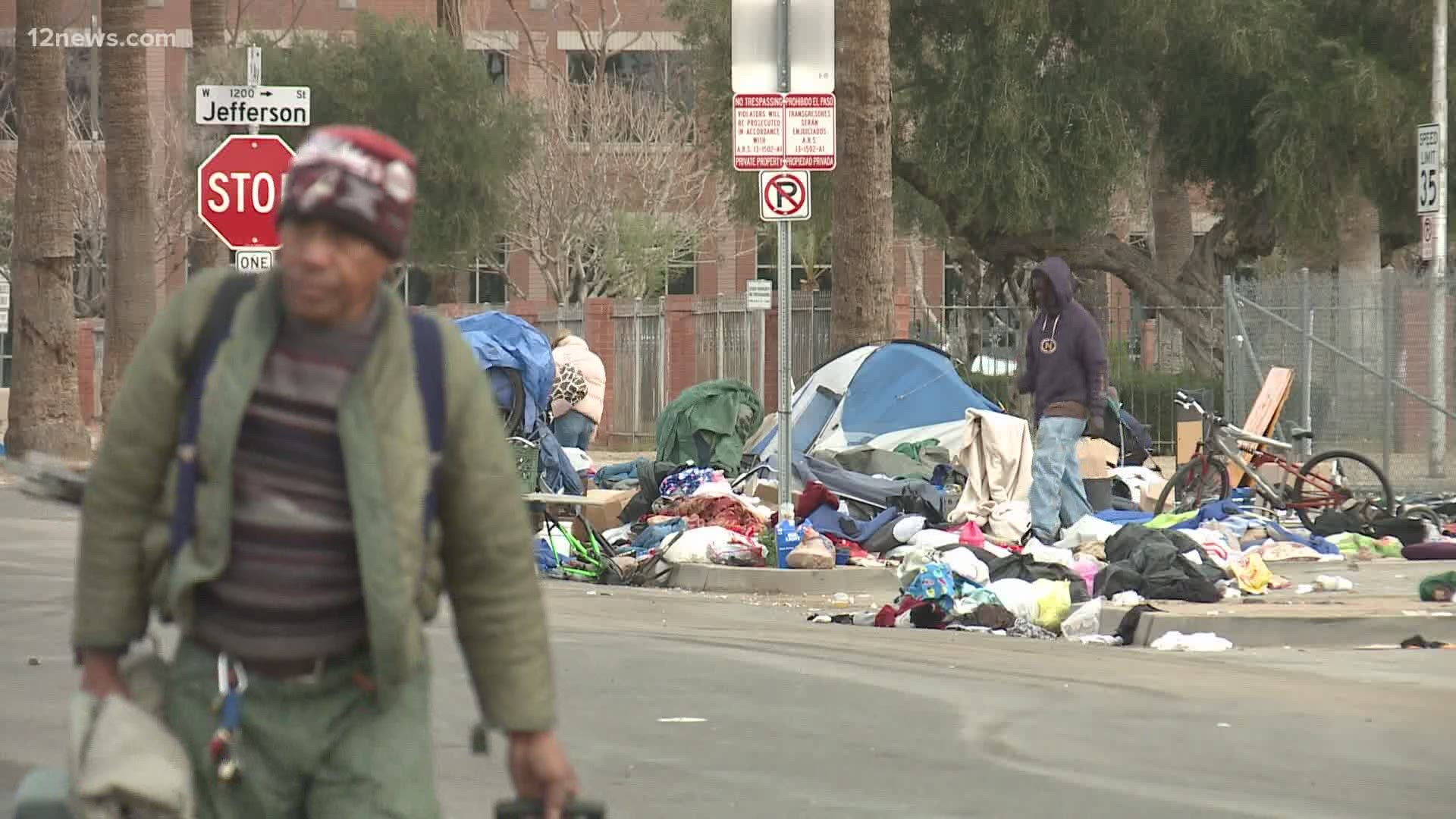 MARICOPA COUNTY, Ariz. — For the first time in the county's history, there were more people living on the streets of Maricopa County than there were in shelters, even before the start of COVID-19, a new report shows.

As of Jan. 27, the unsheltered homeless population saw an 18% increase compared to 2019, with 3,767 people on the street compared to the 3,652 in shelters, according to the annual Point in Time homeless count.

“There is a steady increase in homelessness in Maricopa County, and with eviction rates being one of the highest in the nation, as well as shelter beds decreasing, our county is not keeping up with the impending crisis that is homelessness,” Maricopa Regional Continuum of Care Board co-Chair Tamara Wright said.

Wright told 12 News that there are 200 people moving to Maricopa County every day and that wages have been "stagnant for a very long time."

"Our housing stock is just being utilized. We only have a 5 percent vacancy rate," Wright added.

“There was a Columbia University article that said that they expected at least 800,000 more people to fall into homelessness because of COVID.”

She says more resources are needed but praised Phoenix's efforts, saying they have given more than most cities.

The plan’s initial goal is 50,000 affordable housing units with access to public spaces, schools, transit, retail and more by 2030.

More than 7,000 people experienced homelessness in the county before the COVID-19 pandemic cost thousands of more jobs, according to the report. That is an increase of 11% in the county's homeless population.

“We fear that the economic impacts of COVID-19 will create an even greater crisis as people who lost livelihoods struggle to maintain housing,” co-Chair of the Continuum of Care Board Sgt. Rob Ferraro said. “Well before the pandemic, the numbers continued to demonstrate the need for more affordable housing.”

After the count on Jan. 27, the data was reportedly cross-checked for duplicates and was combined with the number of people in shelters before being submitted to the Department of Housing and Urban Development.

Homelessness has been on a steady rise in the county since 2015. You can see the entire Point in Time's annual report here.