Cox spokeswoman Andrea Katsenes Pappas said an APS pole in Phoenix that housed a Cox network was set on fire on Wednesday evening. 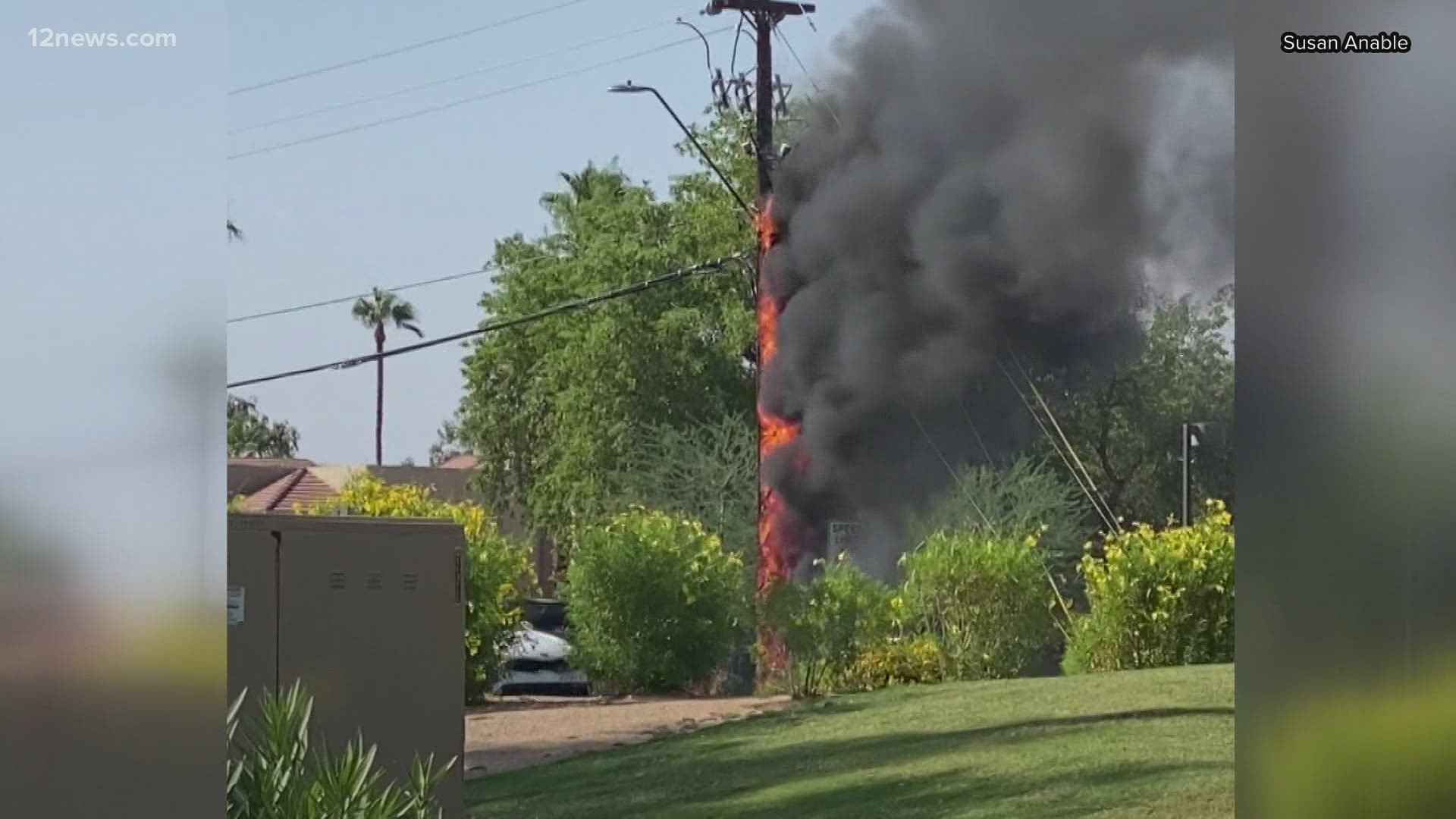 PHOENIX — A number of Cox customers in Phoenix woke up to a headache on Thursday: A massive internet outage.

Cox spokeswoman Andrea Katsenes Pappas said an APS pole in Phoenix that housed a Cox network was set on fire on Wednesday evening.

The fire burned "several thousand fiber connections, which feed customer services," Pappas said in an email. She did not specify how many people were estimated to be impacted.

Crews have been working throughout the night to repair the damage and expect to bring back services to impacted customers throughout the day. Pappas did not give an estimated time of restoration.

"Our employees have been on site and are working as quickly as possible to restore these damaged services," Pappas said. "We thank our customers for their patience."

The Phoenix Fire Department said crews responded to the area of Second Street and Bell Road about a power pole that was on fire around 2:30 p.m. Wednesday.

The fire was extinguished and no one was injured, the department said.

“It’s frustrating that people would take advantage of that kind of situation to try to cause problems for individual people who, this is our livelihood,” said Cheryl Medlin, a Cox customer who said she was without Internet for nearly 24 hours.

“That’s incredibly frustrating for me, I’ve been working remotely since March and I work for a software company, so I have to be on the internet.”

The department said "preliminary information indicates the fire was intentionally set." There was no suspect information.

Anyone who has any information about the incident should call the Phoenix Police Department at 602-262-6141, or Silent Witness at 480-WITNESS.