East and westbound lanes of Myrtle Avenue have been closed, officials said. 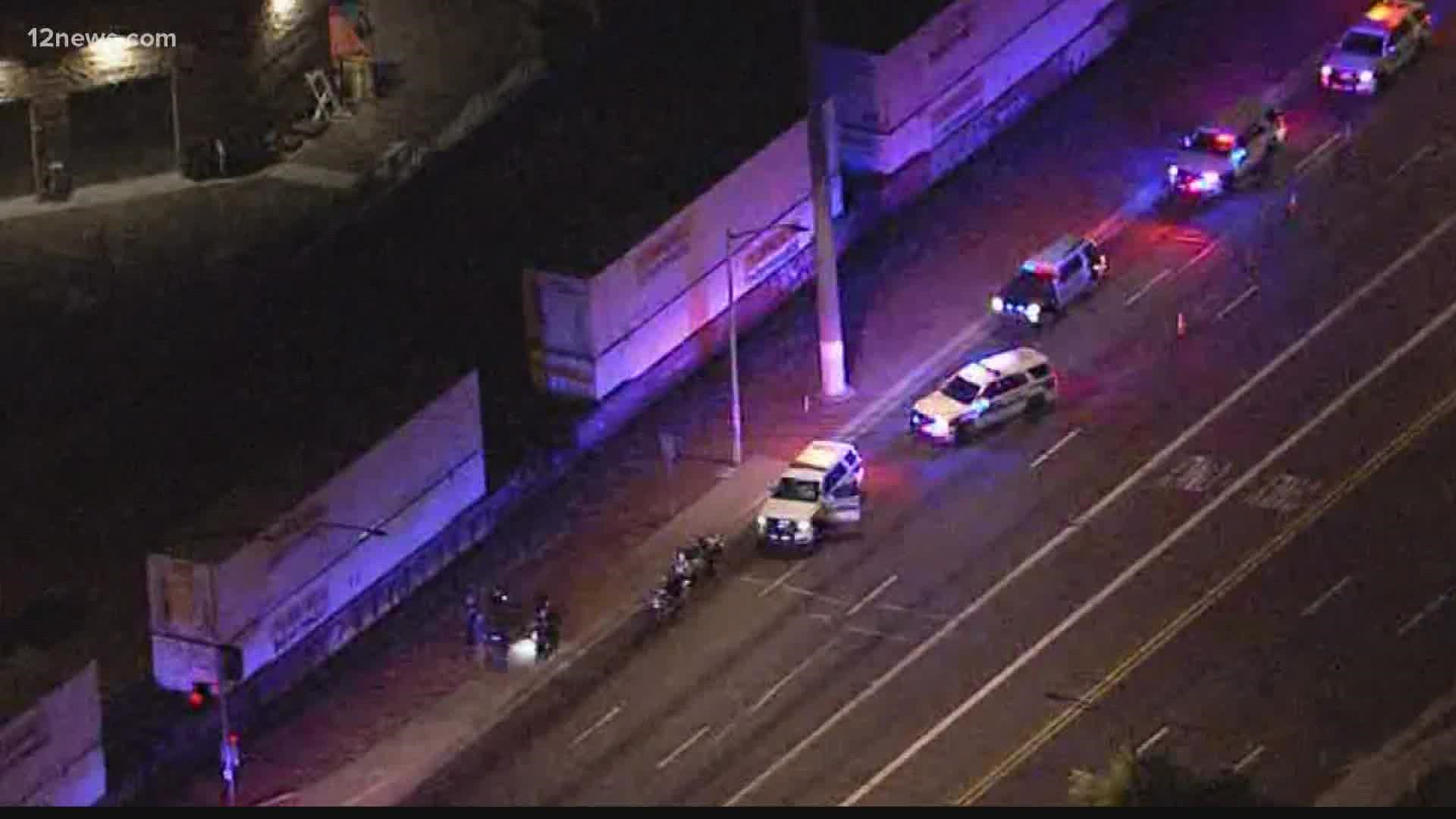 GLENDALE, Ariz. — A man was transported to the hospital with life-threatening injuries after being hit by a train in Glendale on Wednesday night.

Officers responded to the area of Grand and Myrtle avenues for reports of a man being hit by a train, according to the Glendale Police Department.

The train was traveling southbound, under 20 MPH and the equipment on the side struck the victim, according to the Glendale police.

The victim's identity has not been released -- it is believed that he is in his 20s and an itinerant.