Man who was once homeless now guiding them out of homelessness

Glendale Works Program pays homeless people in Glendale $55 a day to pick up trash and lead them to social service agencies. 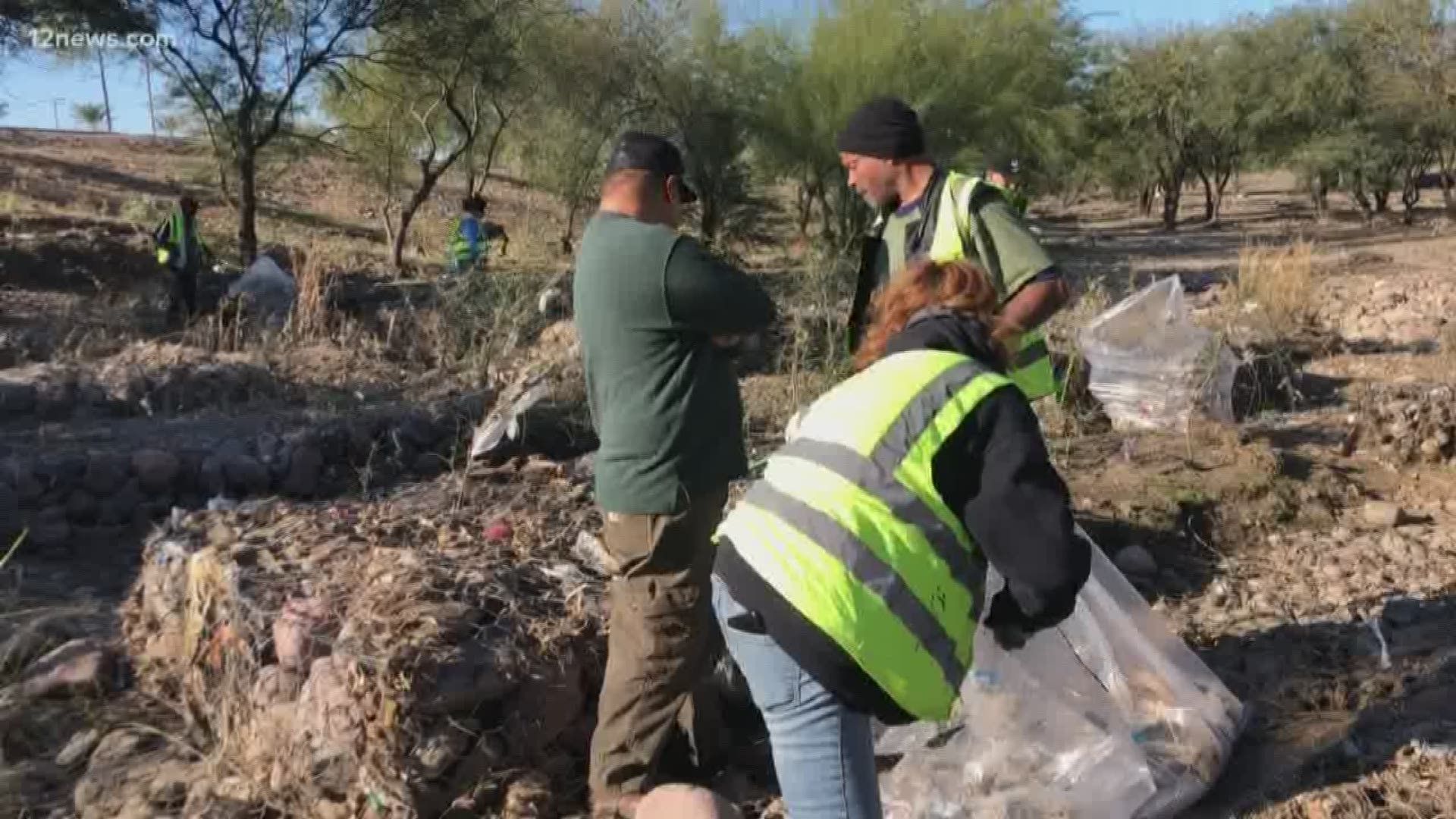 GLENDALE, Ariz. —  A new program is making a major difference in the lives of homeless people in Glendale.

In just one year, Glendale Works has connected 250 panhandlers and homeless individuals with services designed to end their cycle of homelessness. Those services include long-term housing and recovery programs, job placement and many others.

For Gabe Priddy, feeling grateful is a way of life these days.

"I love this job. I feel like it was tailor-made for me," said Priddy

Priddy says his life’s mission is to help these men and women get off the streets. He knows how tough it can be. He too was homeless.

"I know the struggles and the worries and the things that hold you back," Priddy said.

Priddy oversees the Glendale Works program. It’s a partnership between the city of Glendale and the Phoenix Rescue Mission – where homeless people living in Glendale are paid $55 for a five-hour shift doing things like picking up trash next to the Foothills Recreation and Aquatic Center.

Michael Burkhart, who’s a part of the program, said it feels good making a difference.

Priddy said it was drug abuse that put him on the streets. And it was the Phoenix Rescue Mission, where he works now, that saved his life. He said with them, he wouldn’t be here helping these folks get back on their feet.

Priddy said he thanks God for where he is now.

"Absolutely, meeting the guys I met in jail and then the journey through the Mission and then all the little twists and turns. I could have gone this way or that way. God would always redirect me a little bit. I feel like right now I’m right where I’m supposed to be," said Priddy.

To date, 44 people who’ve been in this program have been able to transition to housing solutions and get off the streets, and 23 people have gained full-time jobs.