'A cold, hard, callous act': Man in wheelchair says he was robbed of his rent money

He says he's nearly blind in his left eye and couldn't see the thief coming. 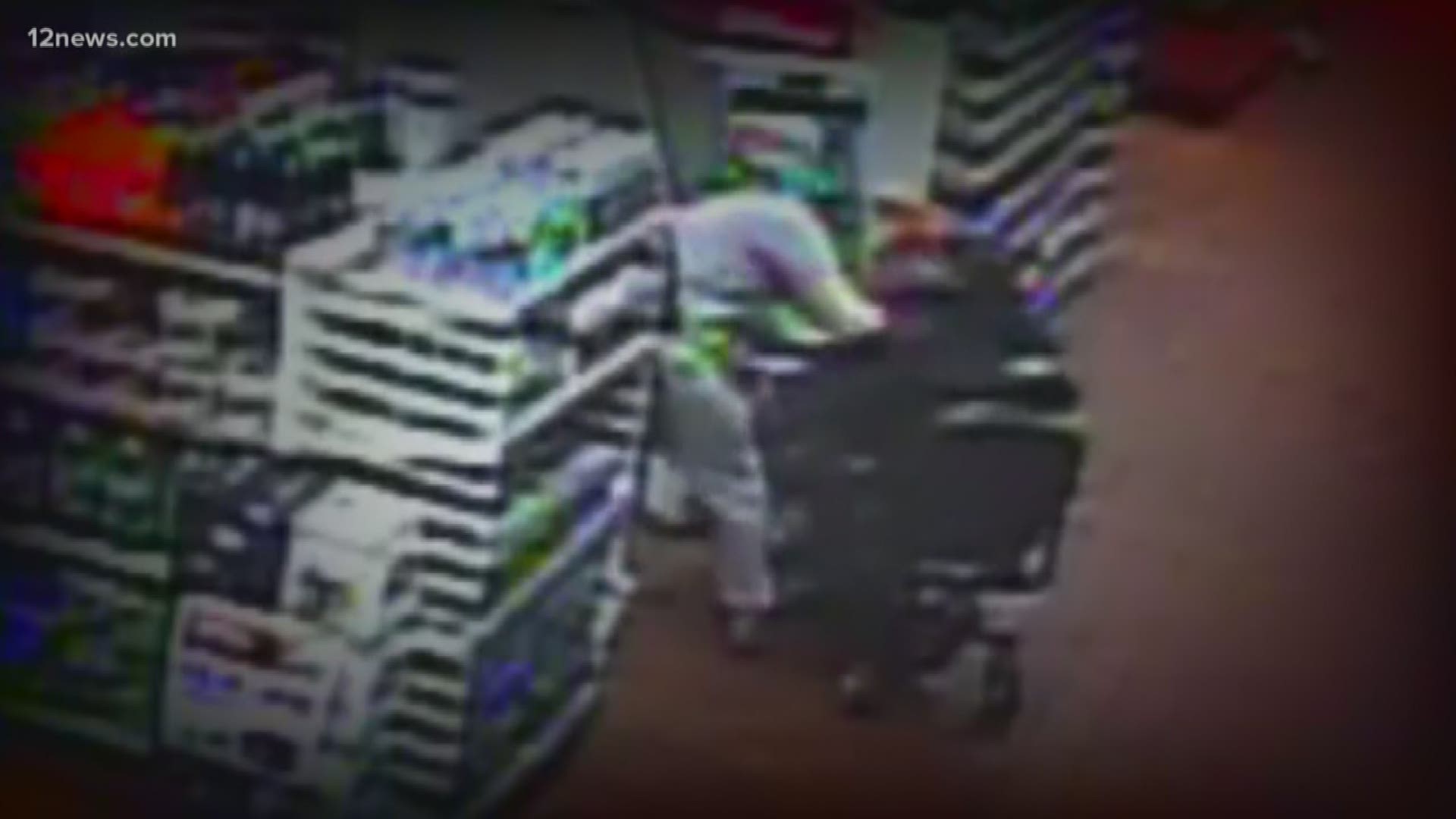 PHOENIX — Police are still searching for a man seen on surveillance video stealing money from a man in a wheelchair at an ATM inside a QuikTrip near Indian School and 32nd Street earlier this month.

The victim said he never saw it coming.

PREVIOUSLY: Video: Man in wheelchair robbed at ATM inside QuikTrip

Police released the video of the incident on Saturday in hopes of getting information from the public.

In the video a man in a gray sweatshirt and gray pants stands behind Steve at an ATM. When the money comes out, the thief jumps in front of him and grabs the cash.

After a brief struggle, the suspect took off in a Blue Kia Sportage.

Steve asked for his identity to be concealed, as the man who robbed him is still on the loose.

"That was a cold, hard, callous act," he said. "Caused me nothing but grief."

"I've still got to pay the money back, and it's going to take me about two years to take that money back"

Steve is on a limited income after a broken hip robbed him of the use of his legs. He is also nearly blind in his left eye.

He didn't think someone would sink so low to try and take advantage of him.

"I was in shock and I was mortified," he said.

The incident's left Steve wondering what will happen next.

"I will forgive you, but you need to do some soul searching," he said. "I didn't know this guy from Adam, and this guy will never stop until he is caught."

A Go Fund Me page was set up to help Steve.