Man killed after being hit by car in north Phoenix

A pedestrian was hit and killed by a car near Bell Road and 19th Avenue, officials said. 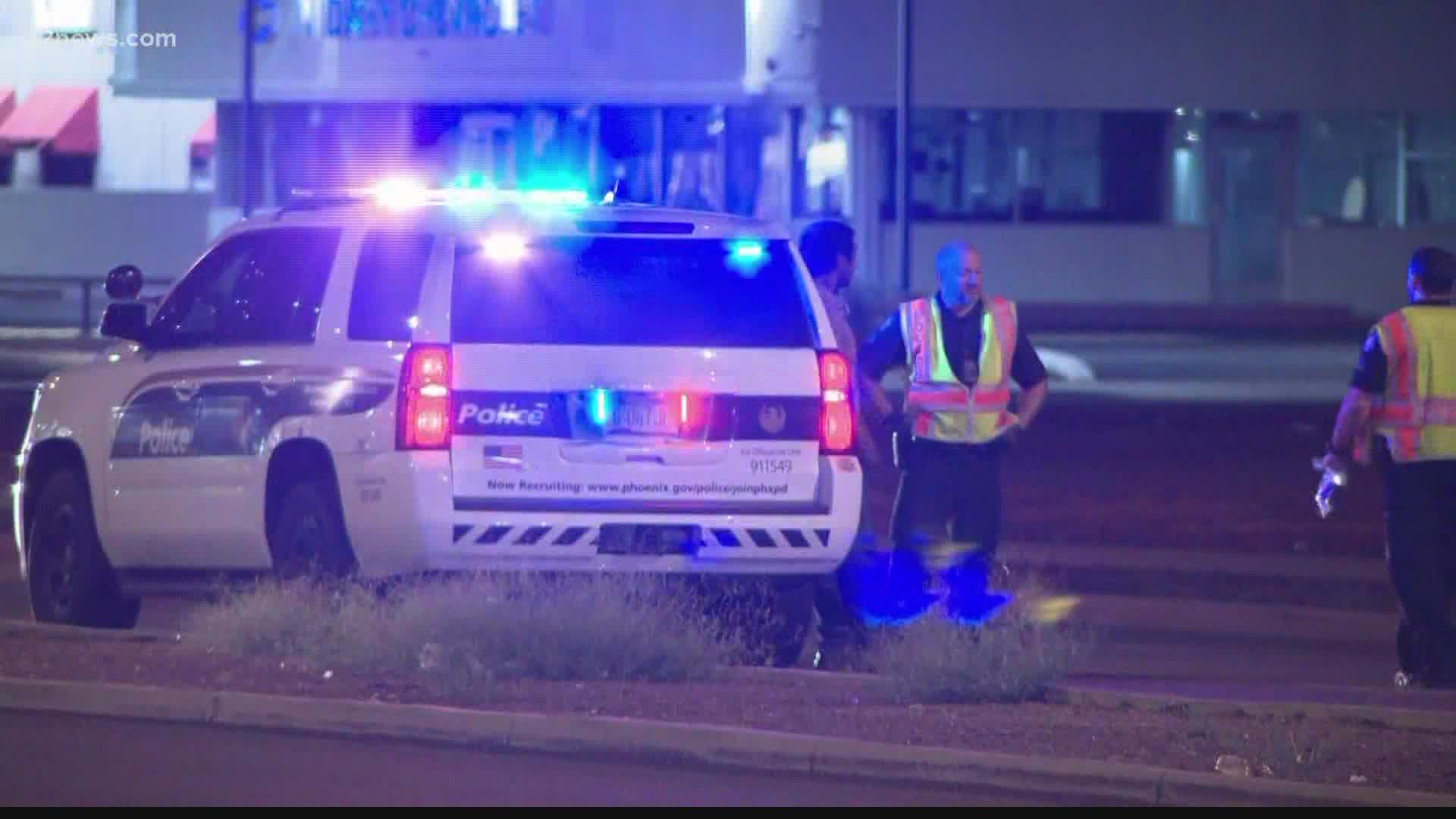 PHOENIX — A pedestrian was hit and killed by a car in north Phoenix on Wednesday night.

According to the Phoenix Fire Department, responders were called to a scene near 19th Avenue and Bell Road around 6:45 p.m. A man in his 70s was struck by a vehicle and was pronounced dead on the scene.

The driver of the car, Angel Aguilar-Hernandez, 25, stayed on the scene and cooperated with officers, according to officials. Later, detectives developed probable cause to arrest Hernandez for aggravated DUI.

This victim's identity hasn't been revealed by the police.