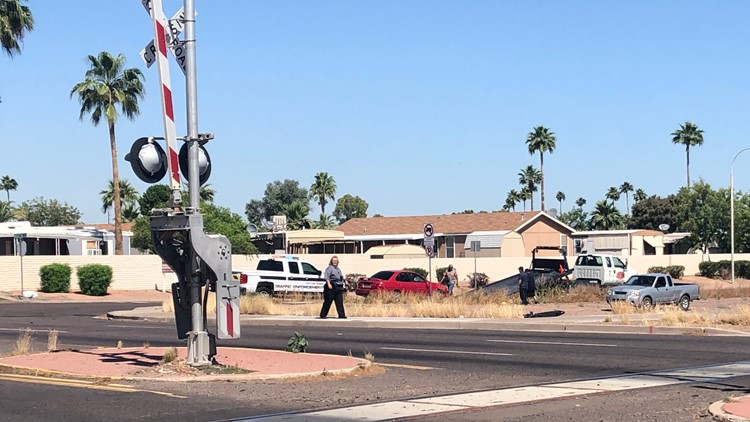 Man in critical condition after car strikes scooter in Tempe

TEMPE, Ariz. — A man is in critical condition after a car hit a scooter in Tempe, officials said.

Around 8 a.m. Wednesday, Tempe police and fire responded to the area near Baseline and Kyrene roads for a crash involving a vehicle and pedestrian.

According to authorities, an initial investigation revealed a man in his early 20s was operating a scooter and was struck by a car as he was crossing Baseline Road east of Kyrene Road near the railroad crossing.

Officials said the man was transported to a local hospital in critical condition.

Police said the man is being classified as a pedestrian and he was not crossing at a designated crosswalk.