One injured firefighter who was covered in blood wanted to run back into the fire to help his colleagues. 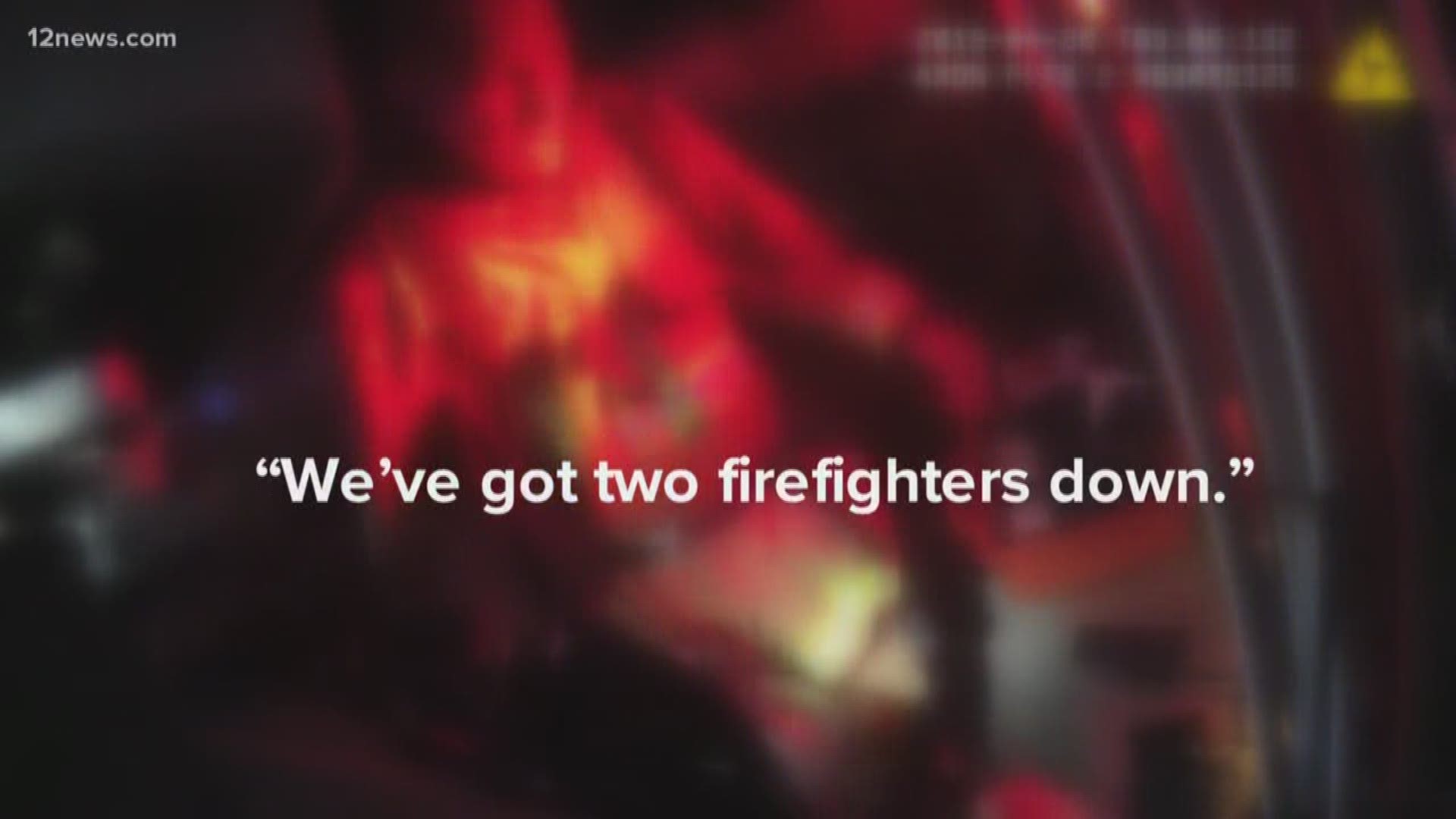 SURPRISE, Ariz. — Dramatic video released by the Surprise Police Department shows the aftermath of an explosion at an APS facility back in April. It left eight firefighters hurt.

The body camera footage shows what officers were up against that night.

“Man down!" yelled a firefighter.

"Where?" asked one of the first Surprise police officers to arrive. "We have a firefighter down!" he said to a dispatcher.

One of the first responding officers was greeted by flames and smoke. He got news that firefighters were injured and he found one of them within seconds.

“I have some medical. Come with me," the officer said.

"I need my guys!” said the injured Peoria firefighter.

The firefighter's face was covered in blood but still, he tried to run back into the fire to help.

“Come on!" the firefighter yelled.

"They’re gonna help your guys. Let me just get you over here," said the officer assisting him.

As medics treated the firefighter, he heard other first responders on their radios talking about his team.

"We've got two firefighters down," an officer was heard saying.

The firefighter screamed. Emotions kicked in for the injured firefighter, now knowing if his colleagues were dead or alive.

“These guys are bad," said a first responder.

“We’re gonna need another helicopter so total of two," said another officer.

Medics rushed four Peoria firefighters to the hospital with broken bones, chemical burns, and internal injuries. All of them survived.

"Let's walk away. Three steps and that's when the explosion happened," explained the man who called 911 while talking with a Surprise police officer.

The man who called 911 reported unusual smoke coming from the APS facility, which is used to store batteries for solar energy.

A hazmat team arrived and assessed the situation. They thought the area was clear so they opened the door to the facility. That's when the explosion happened.

It's been nearly four months since the incident but still, investigators don't know what caused it.

“I had a bad feeling right before they (expletive) walked in there," said a firefighter on police body camera.

All four of the Peoria firefighters are now at home starting their long road to recovery.