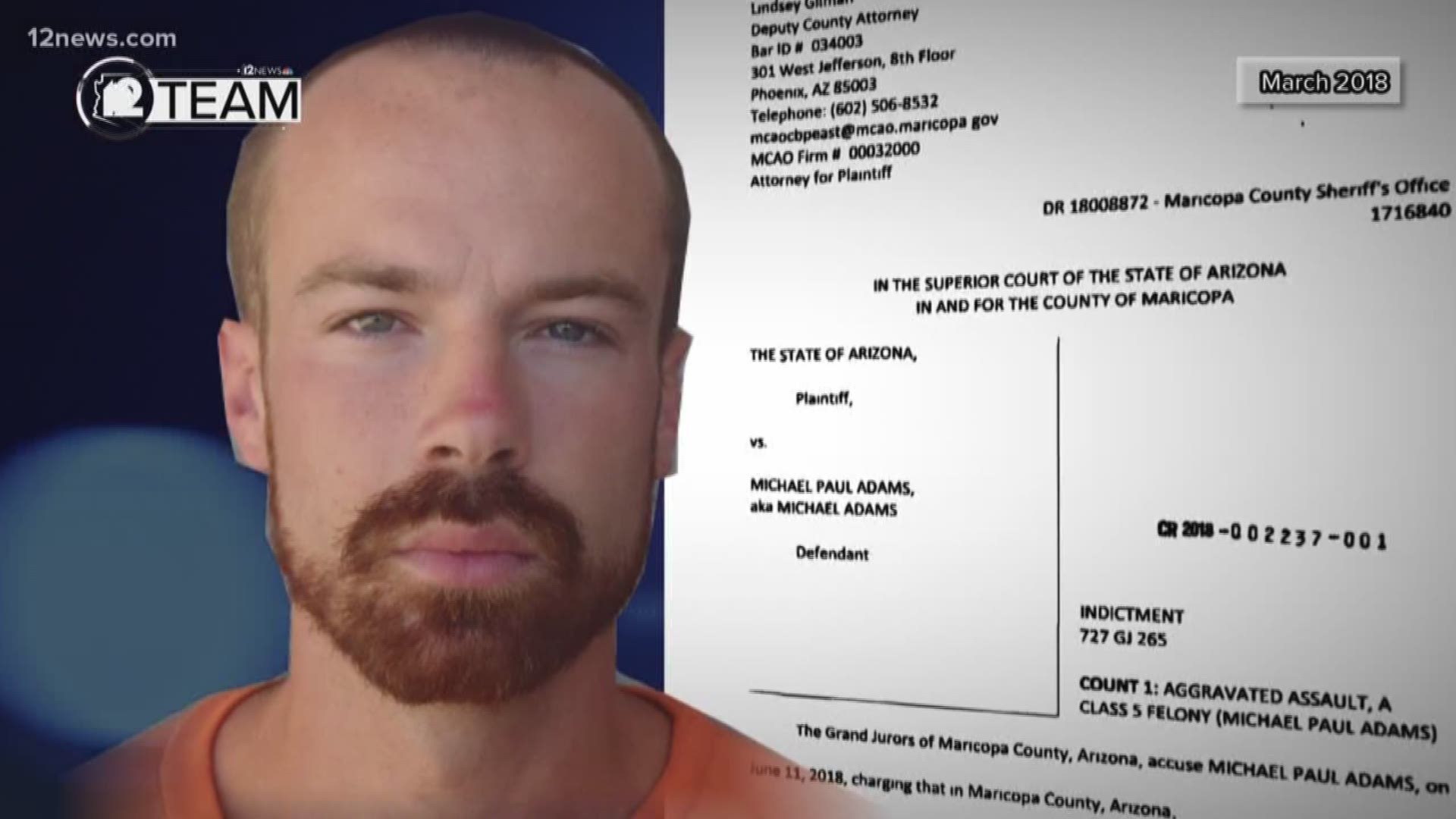 PEORIA, Ariz. — As activists across the country are calling for Elijah Al-Amin's death to be prosecuted as a hate crime, the 12 News I-Team is learning more about the suspect's criminal history.

“You took my son for what reason?” said Rahim Al-Amin, Elijah's father. “He had to kill him? Because his music’s too loud?”

Police say Michael Paul Adams slit the 17-year-old's throat at a Peoria gas station last week because he was listening to rap music.

Court records detail the 27-year-old suspect's lengthy criminal history dating back to at least June 2016, when he was caught with marijuana and drug paraphernalia.

RELATED: Lawyer of man accused of killing 17-year-old boy claims he was 'ill-served' by state

Two months later, he was charged with another marijuana violation and theft.

In September 2016, Adams was caught shoplifting from a Phoenix Walmart. The arresting officer noted in documents that Adams was "mentally disturbed."

In May 2017, Adams was arrested again after violating his probation. Again, police said he was "mentally disturbed."

Then, in November 2017, Adams attacked a security guard on Mill Avenue in Tempe. Documents say Adams threatened the guard then several other random people with a brick.

It was after this violent incident that Adams was held at the Lower Buckeye Jail, which is where he assaulted a corrections officer in March 2018.

The following month, the court conducted a mental evaluation. Two doctors wrote now sealed reports about Adams' mental state. The court deemed Adams "competent" but added that he was enrolled with Mercy Maricopa Integrated Care, where he was receiving behavioral health treatment.

After being sentenced to prison and transferred to Yuma, Adams was ultimately released on July 2. Less than two days later, he allegedly murdered Elijah Al-Amin.

RELATED: 'I miss my son': Father of boy stabbed at Peoria Circle K describes learning of his son's death

A spokesperson for the Department of Corrections said in a statement that Adams was not designated seriously mentally ill. Adams' now former attorney questioned the state.

“It’s unfortunate that the state, knowing that this is a person with diagnosed mental issues, was let out like this," said Jacie Cotterell, Adams' former attorney.

12 News has reached out to the Department of Corrections asking what the protocol would have been had Adams been designated seriously mentally ill. So far, we have not heard back.