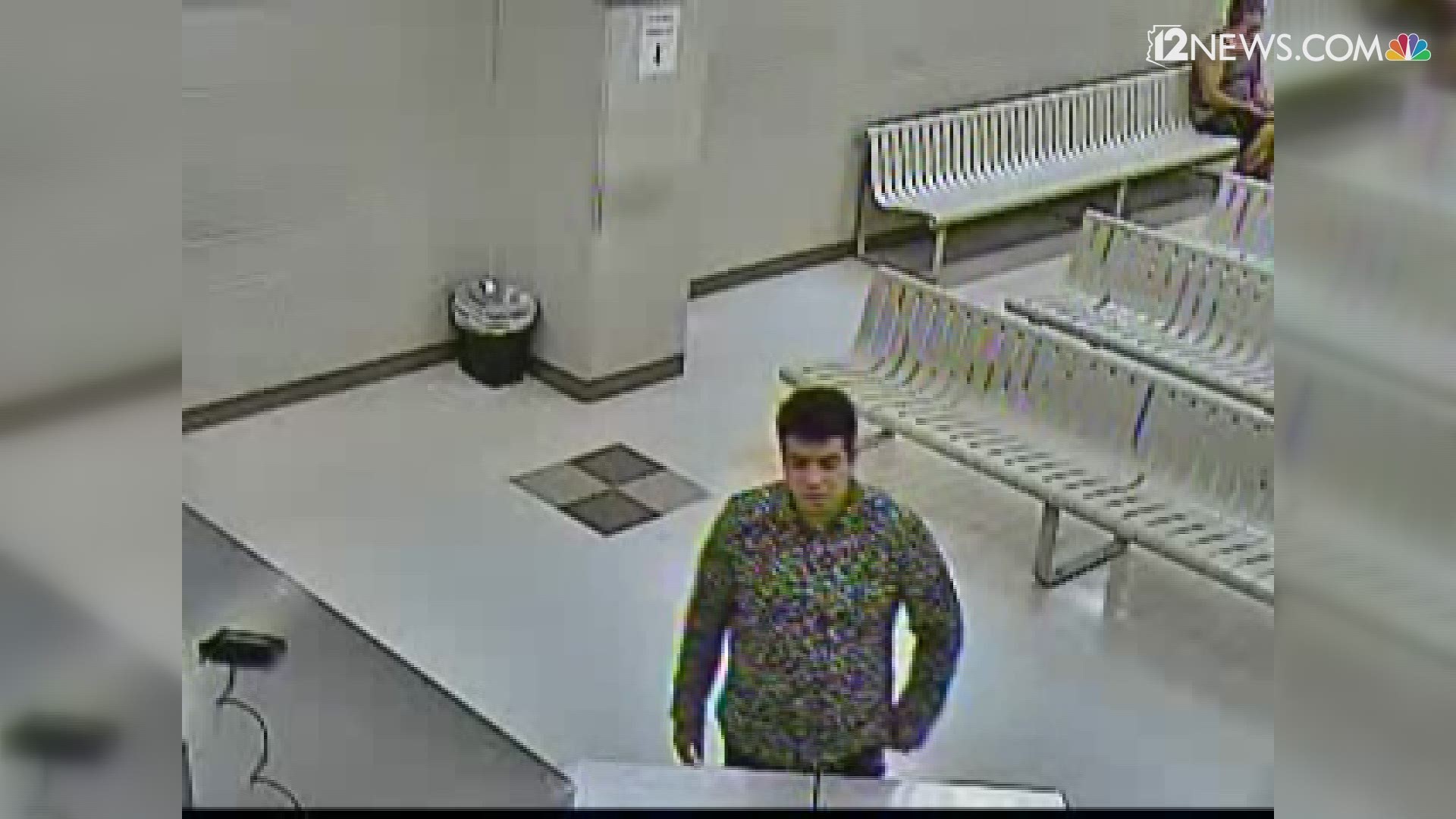 According to police, a 16-year-old girl was attending service Sunday afternoon at the Kingdom Hall of Jehovah's Witnesses located at West Orangewood Avenue in Glendale.

The teen reportedly went outside to the parking lot because she was cold inside the building. While she was standing at her family's car she told police a man came up to her from behind. He allegedly put his hand over her mouth, groped her, lifted up her dress and forced his hand between her legs.

The victim said he was holding her mouth so hard it was difficult to breathe and she felt like she might pass out. The teen had her phone in her hand and tried to call her mother during the assault.

She struggled until she was finally able to get out a yell for help.

An usher heard her screams and that's when the man ran off.

The usher identified the man as Hernandez. Investigators say Hernandez is a member of the church and regularly attends with his parents.

Hernandez is reportedly seen on surveillance video following the victim and unbuttoning his pants.

Court documents say there may be indications that Hernandez is mentally disturbed.