Macy's plans to close its call center in Tempe in early February. 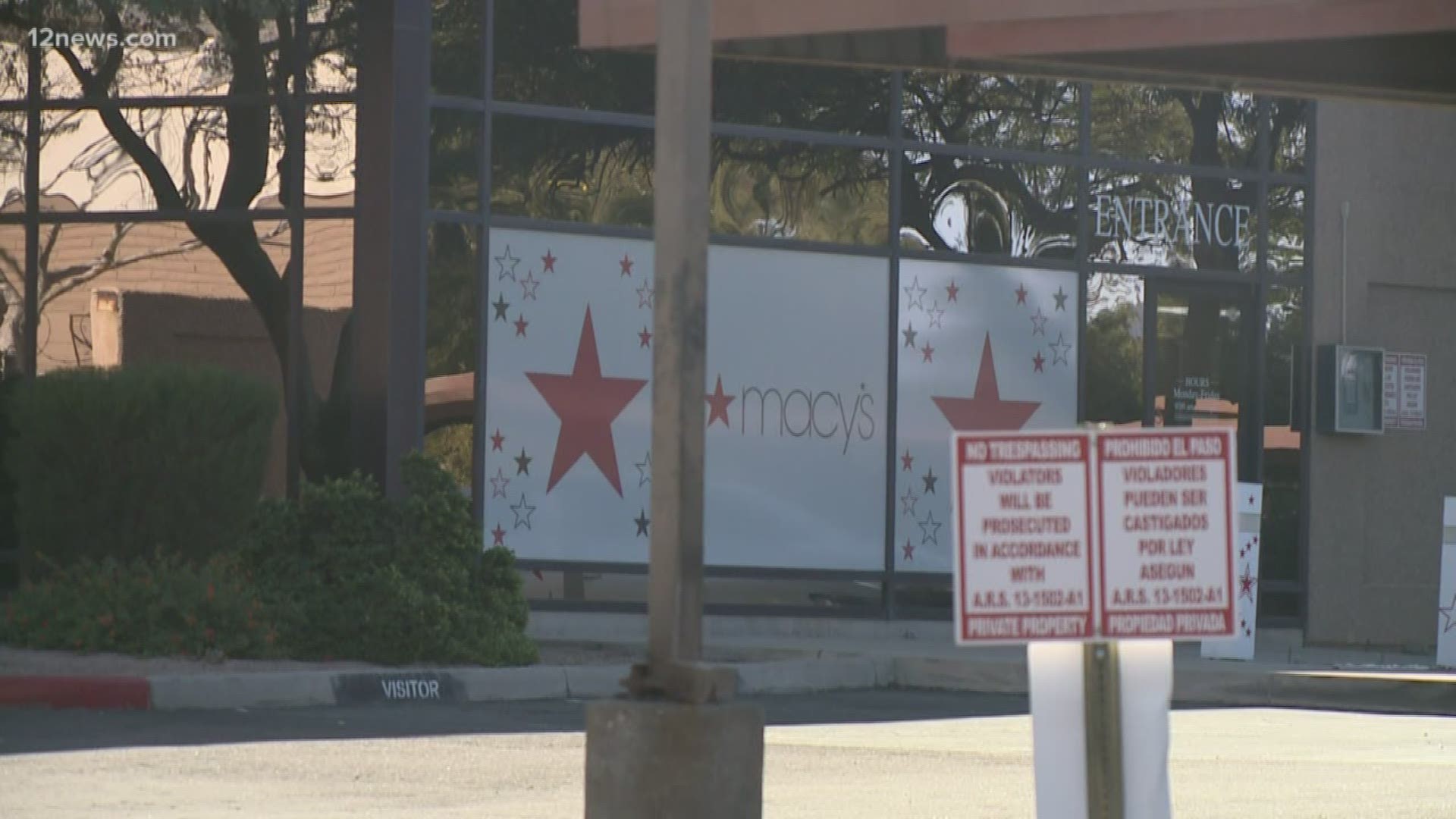 TEMPE, Ariz. — Macy's call center in Tempe will close in February, according to spokesperson from the retail company.

The spokesperson says the operations at the Macy's Credit and Customer Services West in Tempe will be moved to facilities in Mason, Ohio and Clearwater, Florida.

"During this transition, we will remain focused on maintaining the level of service our customers expect," the spokesperson said.

The spokesperson confirmed about 800 jobs will be affected.

Macy's will give some employees severance, including resources to find new employment, and others will have the opportunity to transfer to one of the Macy's area stores or its distribution center in Goodyear.