Brian Kennedy, a Lyft driver, wants to protect himself and speaks out about it because of a pregnant Lyft driver's murder. 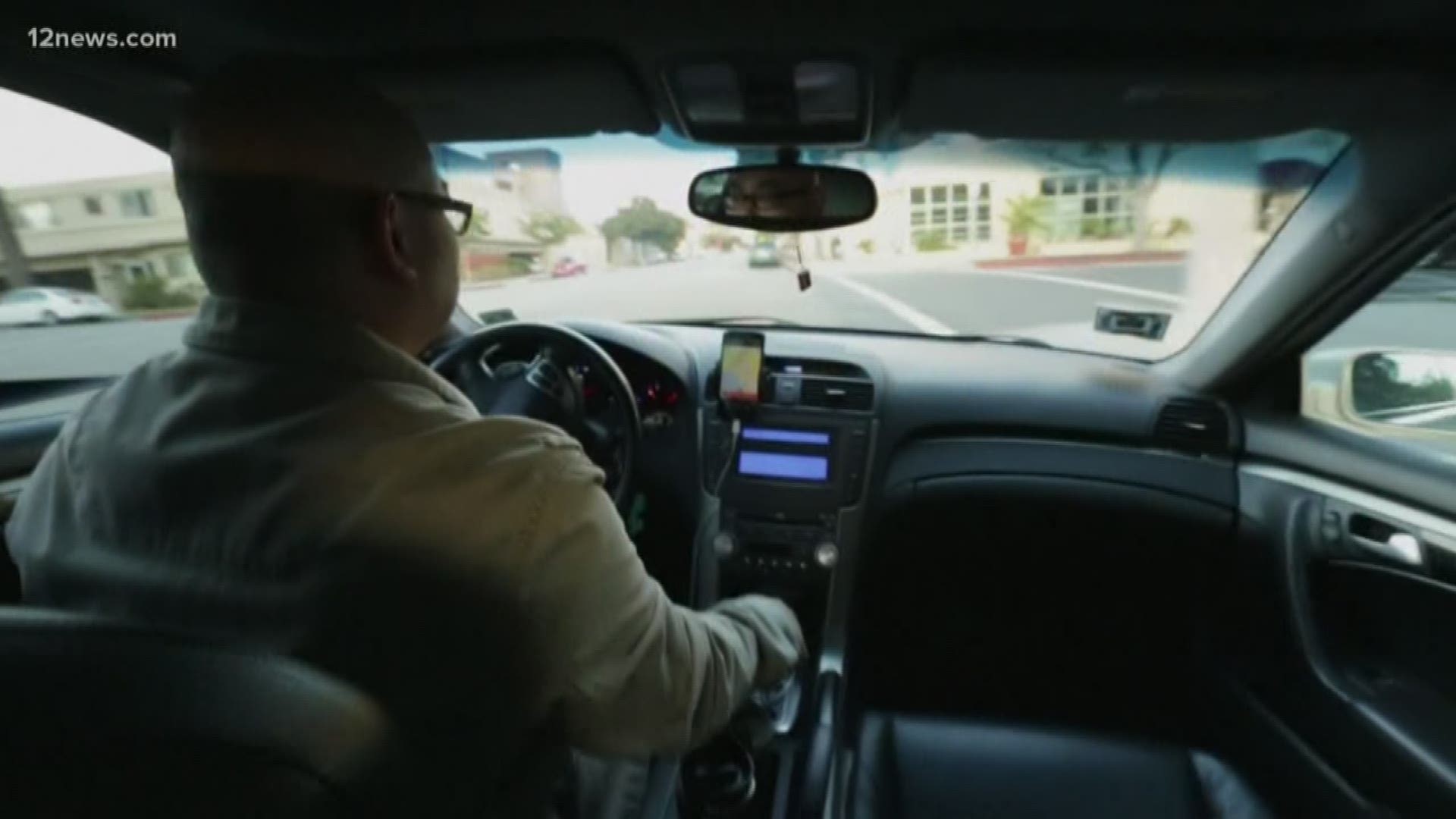 Uber and Lyft drivers are calling for changes in safety policies after a pregnant Lyft driver was stabbed to death in Tempe and an Uber driver’s throat was slit near Tolleson.

Brian Kennedy is a Lyft driver and says if he could, he would carry a firearm for self-defense.

“Yes, I would absolutely," Kennedy said. "Yep, I would, and here’s the other thing, I would go get trained."

He says he’s been a Lyft driver for a just few months and he’s already had incidents where he has felt in danger with some passengers. But, what has him speaking out is his concern over the murder of a pregnant Lyft driver, Kristina Howato, a mother of two young children. Howato was stabbed to death by her passenger.

“I just want Lyft to respond to this incident and give us drivers something that we can take away as okay this company has our safety as their top priority,” Kennedy said.

Lyft responded to 12 News with a statement:

The loss of Kristina Howato is still very raw within the hearts and minds of so many, and our thoughts are with her family and friends during this difficult time. The safety of the Lyft community remains our top priority, and we will continue to do everything we can to support both passengers and drivers.

“But I think they need to look at their policy,” Kennedy said.

“He just grabbed my head and then slid me with a knife,” the Uber driver, who wants to remain anonymous, said.

But he also wants Uber to take action.

“They have to take better measures to protect drivers,” he said.

Uber also does not allow drivers or passengers to carry firearms, but does allow pepper spray.

12 News asked both rideshare companies if they would consider safety changes in their policies, but those questions were not answered.

Kennedy says doing the job is still worth it because the majority of this rides are positives experiences.