Get ready for Billy Moore Days in Avondale this weekend

The city of Avondale will celebrate its founding father with a big parade, games, food and more on Friday and Saturday.

AVONDALE, Ariz. — When high school pride runs as deep as its history, being an assistant principal and directing athletics in your hometown is a natural fit for Agua Fria High School’s Autumn Daniels. Not only that, but it's also the place where she met her high school sweetheart.

“I’m super passionate about education and athletics and academics and school," Daniels said.

That sentiment makes her a perfect fit to pass down Avondale pride alongside her students and hometown in the Billy Moore Days Parade. Daniels said she was previously in the parade as a cheerleader and dancer. She also said her family attended the high school as well.

In keeping with the family tradition, Daniels’ young son, Brixton, will be in the parade too.

“He is always saying that he can’t wait to come to Agua Fria and be an owl," she said.

Along with the Daniels family, other residents also have a great appreciation for the parade. Students like Mariella Saenz share Daniels' long-time Avondale roots, as she rehearses with the band for their performance.

“It’s nice because my family has grown up around here and they always come to watch and it’s really fun," Saenz said.

These Agua Fria Owls will turn the now quiet streets of downtown Avondale into a sea of red and black over the weekend. 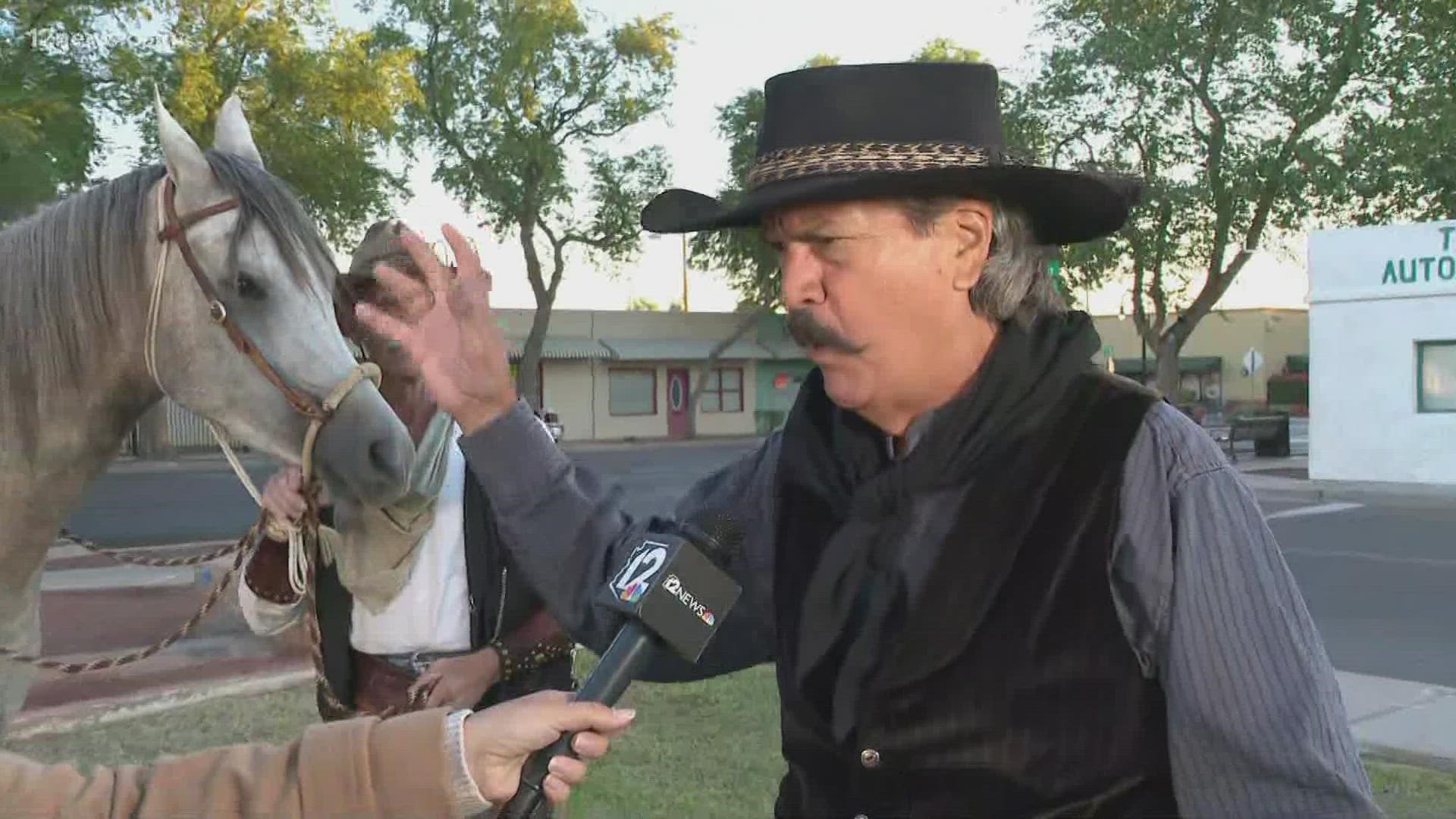 “It’s really fun to see the area of Avondale and seeing all of the people who live here and come to see us perform," Saenz said.

It's a high school and city with generations of returning families, pioneering hometown Avondale traditions into the 21st century.

“Get ready to do it again next year, definitely," Daniels said. "But it’s all fun and its all for the kids.”

The city of Avondale will celebrate its founding father with a big parade, games, food and more on Friday and Saturday. Saturday, the historic Billy Moore Days parade will march through the streets of downtown Avondale. Also on Saturday, Dr. Buck's Wild West stunt show will roll through town.

Billy Moore is an Avondale founding father. He settled in the area in the late 1860s, near the Agua Fria River.