Local campaign aims to reduce pedestrian crashes in the Valley

A hit-and-run pedestrian crash Sunday night left a Phoenix woman dead while the driver sped off. A new campaign aims to reduce the number of similar accidents. 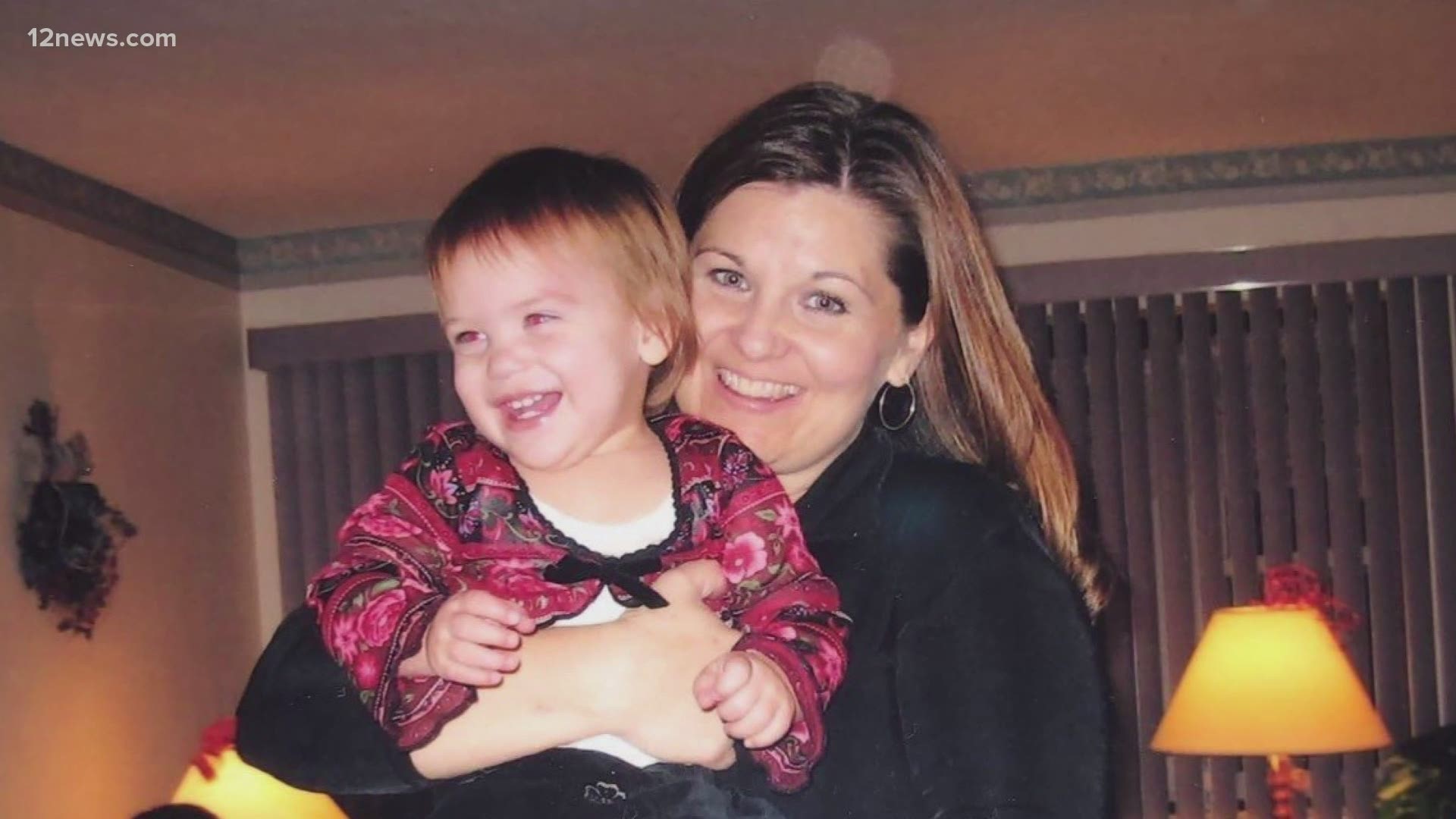 PHOENIX — Jackie Peloquin was full of hope. Hope that things would be better in the future. Hope that her circumstances would soon improve, making it easier for her to visit her children and grandchild.

That hope ended abruptly when she was struck by a car while crossing Cave Creek Road at Sahuaro Road, in Phoenix Sunday night. Easter night.

According to police, the driver, 43-year-old Melissa Traux, never stopped to see if Jackie was alright. She never stopped to render aid or call 9-1-1 as the mother and grandmother laid dying in the street. Traux took off, heading northbound on Cave Creek Road, possibly hoping it was all a bad dream.

Traux’s 2006 Acura was found a while later, abandoned about two and a half miles away in the Paradise Hills neighborhood, about a half mile from where Traux lived.

Police found her at home and charged her with leaving the scene of an accident involving death. By that time, Jackie had died at a nearby hospital.

“Some of my favorite memories of her was bringing all the kids up to the Payson area; Kohl’s Ranch and Sedona area,” said Larry Peloquin, Jackie’s ex-husband. “She loved those two areas a lot. Vacations where her favorite thing.”

Anytime Jackie Peloquin got to spend time with her family seemed to be her favorite times.

“We would sit and talk for a long time,” said Gabrielle Peloquin, Jackie’s 15-year-old daughter. “We would make the most of when we would see each other, and it was just- it was amazing.”

After a rough couple of years following the death of one of her children, Jackie was hopeful that things were getting back on the right track. She was staying with a friend near Cave Creek and Thunderbird Roads, which made visits by her daughter in Mesa a little difficult for the time being.

The tragedy that the Peloquin family is now facing is the kind of situation that Margaret Herrera is hoping to change. As the Transportation Safety Program Manager with the Maricopa Association of Governments, she thinks their new program may do just that.

See Me AZ is the new program that’s unlike any other MAG has spearheaded.

“MAG typically works mostly on transportation, identifying infrastructure, funding and programming of big freeway projects,” Herrera said. “This will be the first time we’ve been able to, specifically in transportation, to combine some of the elements that make a comprehensive safety program.”

The new campaign focuses on education and enforcement. Educating drivers, pedestrians, and cyclists to watch out for each other to help avoid collisions on the roadway. Enforcement to further deter all involved from breaking the law that leads to collisions.

“It’s really incumbent on all of us to take responsibility for our actions,” Said Herrera. “It’s really hard- you can’t control anyone else’s reactions, right? You really have to focus in on the things that you can do; whether you are a driver or pedestrian or cyclist.”

Herrera believes that information is the key to making our streets a safer place.

“My hope is it just gets people thinking,” Herrera said. “When you are given information and it makes you think about something, that’s when you kind of change your behavior.”

“The whole family is heartbroken,” Larry said. “It was the hardest thing in the world to tell Gabby that her mother had died of a hit and run.”

Traux is currently charged with leaving an accident resulting in death, a class 2 felony.