Fernando Martinez is one of eight fighters in his 114-pound weight class to advance to the Olympic trials for the United States. 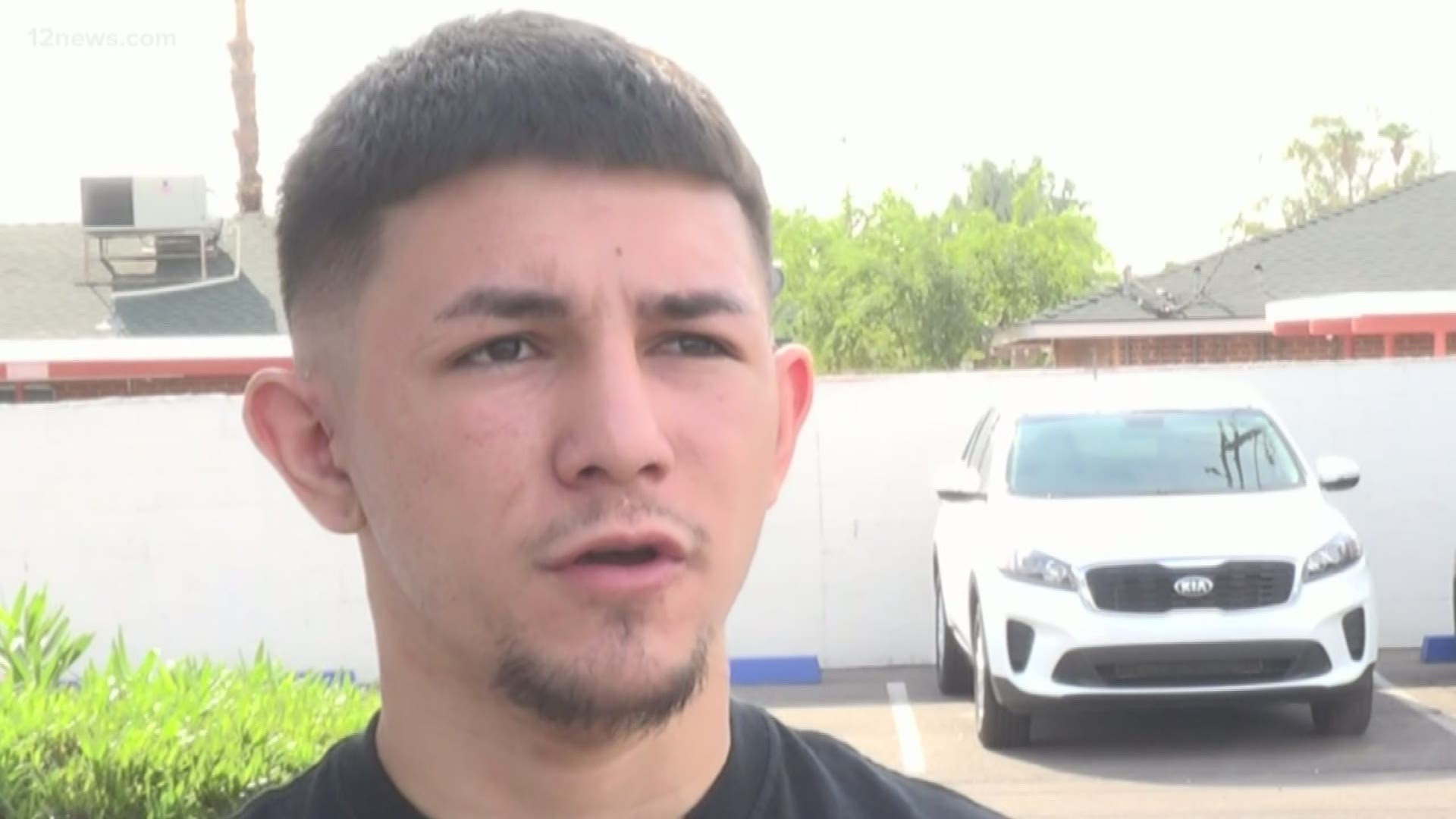 PHOENIX — A local boxer is headed for the Olympic trials, but for this 21-year-old, his biggest fight might not be in the ring.

Fernando Martinez says he is one of eight fighters in his 114-pound weight class to advance to the Olympic trials for the United States.

“He’s been training for this since he was a little kid,” said Edward Ochoa, his trainer. “So it’s a opportunity that we’re not taking lightly.”

If only it were that easy. The trials are being held in Lake Charles, Louisiana next month. It will cost thousands of dollars to get Fernando and company there.

RELATED: Many dream of making it to the Olympics. It could become a reality in 2020 for this Valley boxer.

This, for a man with no income, because of his training schedule.

To help raise money, he and his family had a car wash. They were all ready and willing to work. But, business was slow Saturday, making the need for sponsors all the more important.

For this decorated boxer, go time begins Dec. 7. Should he make it to the final two, he’s done all he can.

“It’s being committed and showing up to the gym every single day even if you’re sore or not," Martinez said.

The head coach of USA boxing picks which one will head to Tokyo for the 2020 Olympics.

If you would like to donate to help Martinez get to the Olympic Trials, you can donate here at this GoFundMe set up for him.