Maggie Keane spent two months working a mural to one of her favorite artists, and now it's on display for all to see. 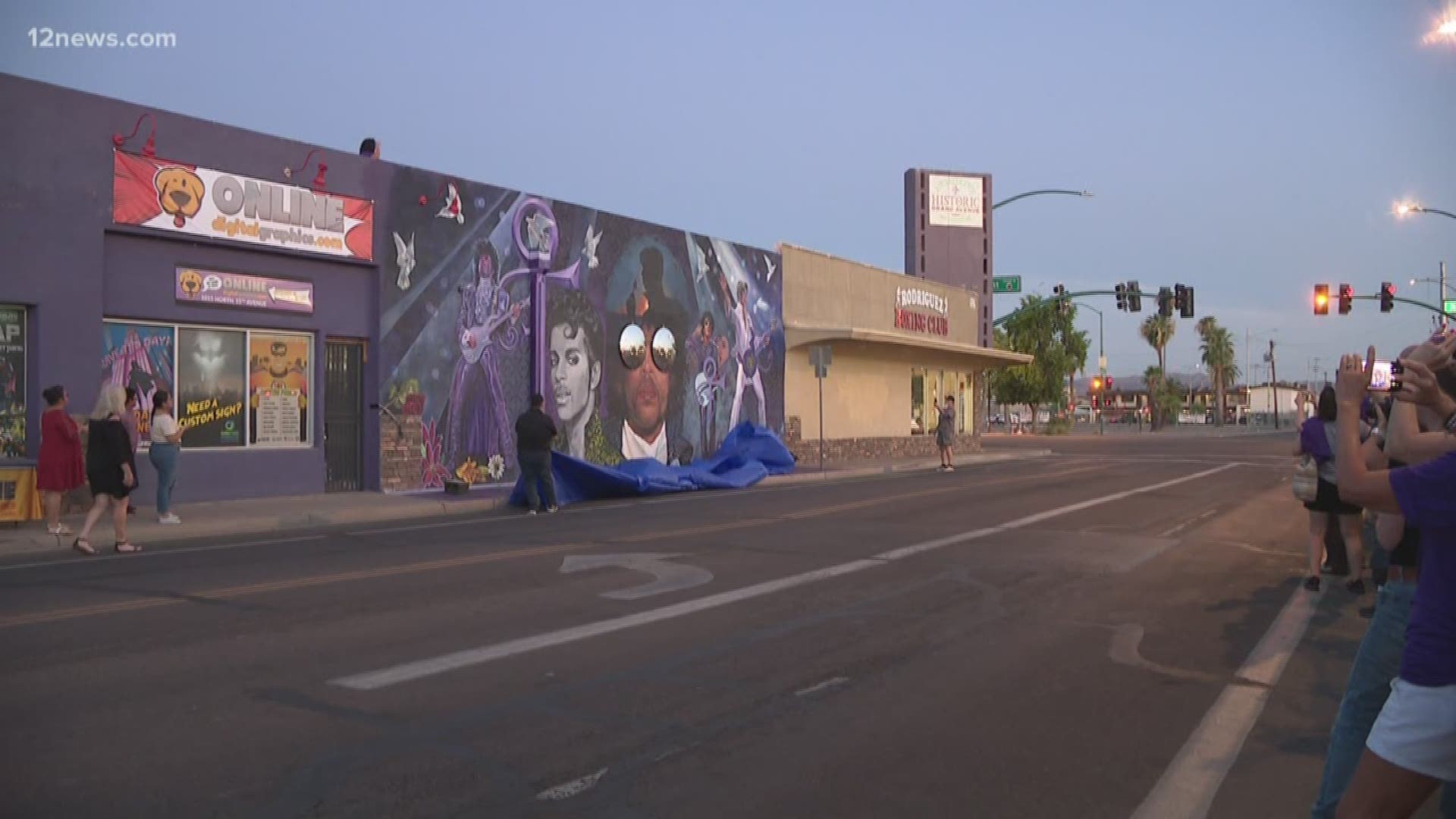 PHOENIX — There is some new art on display at 15th and Grand avenues in Phoenix.

The Minnesota-born singer, song writer, and musician died in 2016. That's when Keane got the idea to do a mural, but it took three years to execute her vision.

First, she began looking for walls. She settled on Rodriguez Boxing Club.

Then, she started a GoFundMe page to help her pay for supplies.

After two months of working outside in the Phoenix heat, she finished the piece.

"The fans can have a place to come and see him and hopefully not miss him too much," Keane said.

Keane said she never saw Prince perform but she spent plenty of time listening to his music.

"You can't not like dancing to Prince music," Keane said.