Bernadette Villanueva was filming the monsoon winds blowing a palm tree when it snapped and crashed through the roof of her family's home. 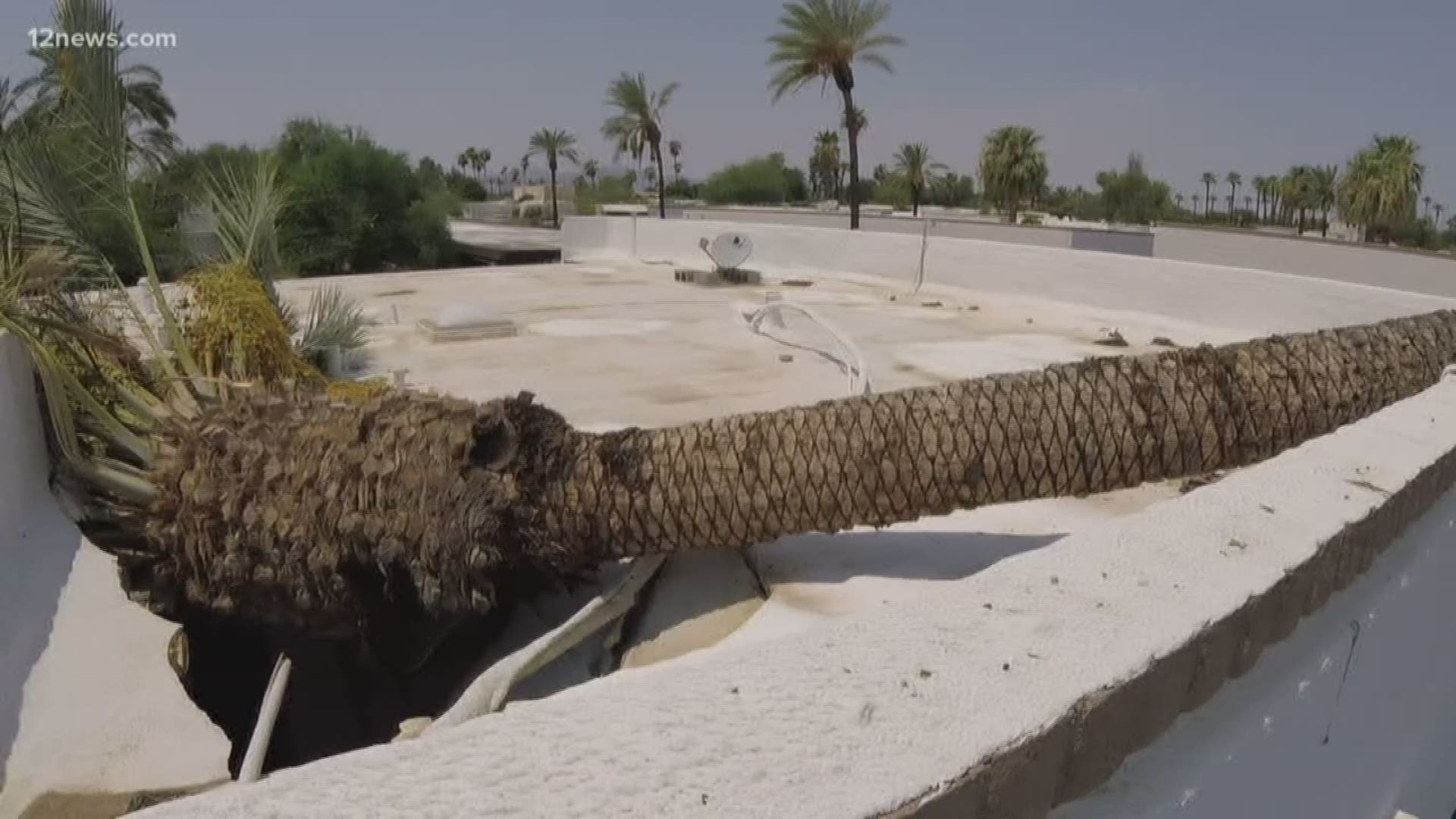 During the height of the storm, a teenage girl from Litchfield Park captured what might have been the viral video of the season-- the top part of a palm tree bending to an angle, and then snapping off in the high wind.

Bernadette Villanueva, 16, was in her room Monday evening when the storm blew in.

"My windows started shaking, because the wind started picking up," she said.

So she grabbed her cellphone and headed outside.

"I was just shooting the trees and how the dust storm was coming in," she said.

That's when her storm chasing took a wild turn. She shot a particular palm tree bending at a dangerous angle, and she got very worried. She said her gut was telling her, that this was, "the time that it was going to fall."

And then, it did. Villanueva was shocked and astonished at what she had just witnessed.

The top 15, or so, feet of the tree slammed into the roof over Bernadette's grandparents' bedroom. The palm projectile hit with such force, load bearing beams in the ceiling of the family condo snapped like kindling. The (estimated) 500-pound palm remnant punched a 7-foot by 5-foot hole in the ceiling.

"I would have been laying over there on that side," Michael Fanelli, Villanueva's grandfather said as her surveyed the remains of his bedroom.

Minutes before the crash, Fanelli had been napping when the wind woke him up, and he went to fetch his cat, Daisy.

"If I didn't wake up to bring the cat in, I would've got hurt pretty bad," he said.

Villanueva and her family are relieved no one was hurt. She was also excited she caught it all on camera. She now has a viral video to share on the first day of school.