The lights seen over Arizona by people Monday night may be connected to a SpaceX launch of 60 satellites Monday morning. 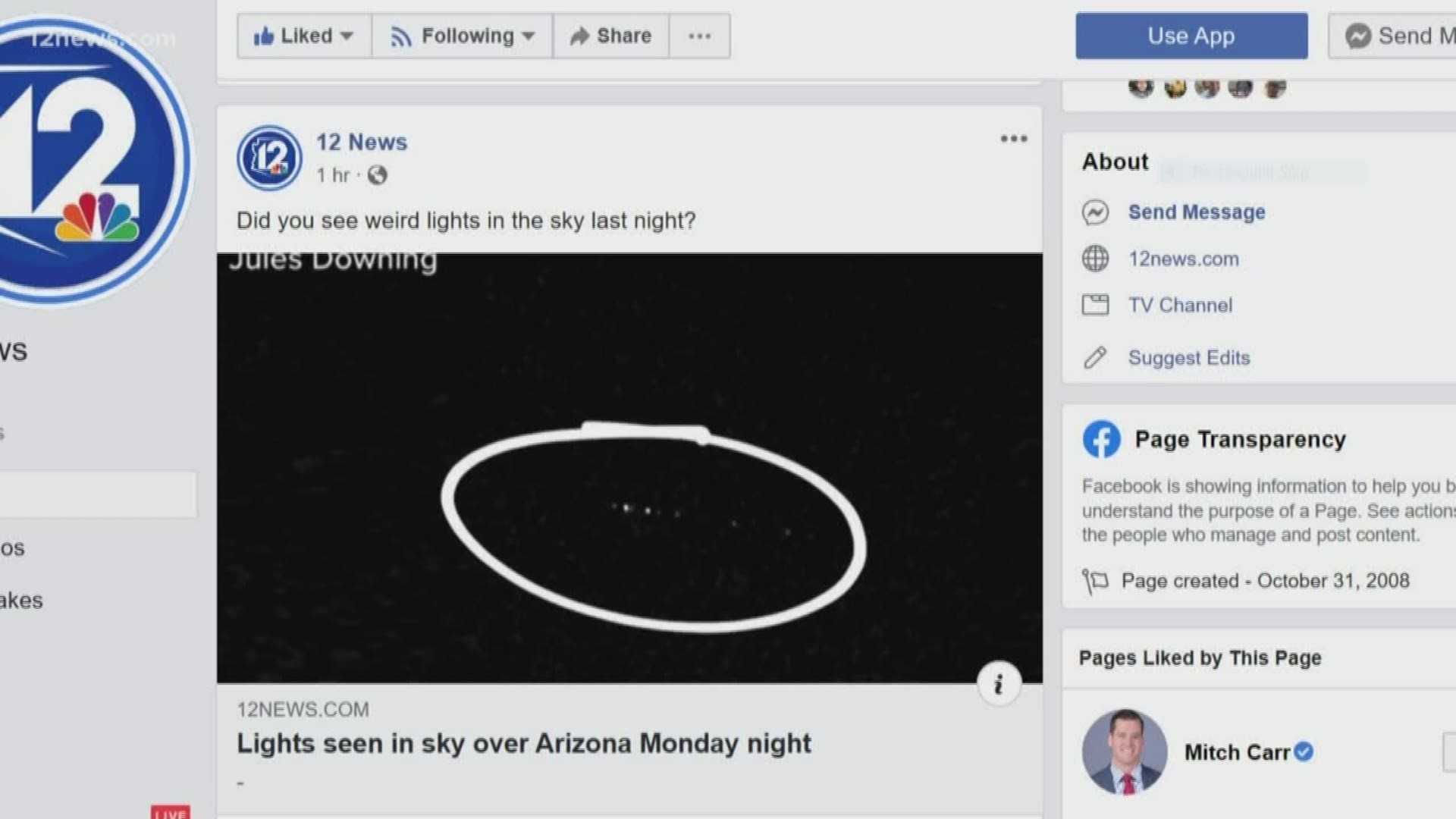 PHOENIX — Did you see "strange lights" over west Phoenix on Monday night? Multiple 12 News viewers in the Valley reached out to us asking about the lights Monday night.

We received viewer messages from the west Valley to Tucson.

Jules Downing posted a video to Facebook showing lights in a line hanging in the sky.

On Monday morning, aerospace company SpaceX deployed 60 Starlink satellites, which are being used to create the largest commercial atelecommunications satellite constellation in orbit.

RELATED: Here's why Arizona could see even more strange lights in the sky this year

A space.com article with photo and video shows the lights from the satellites in a line, similar to the ones seen over Arizona Monday night.

SpaceX launched 60 other satellites in May that people saw in the sky as well.

12 News has reached out to SpaceX asking if it's possible the lights seen over Arizona were indeed likely from the Starlink satellites, but we have not yet heard back.

Luke Air Force Base confirmed to 12 News it did not have any aircraft in the air Monday as the base was observing Veteran’s Day.

RELATED: Video shows strange lights in the sky over Tucson

The National Weather Service in Phoenix did not have knowledge about the lights seen over the Valley Monday night.