Farrar was killed in the line of duty last week when a suspect struck him with a car after leading law enforcement on a high-speed chase. 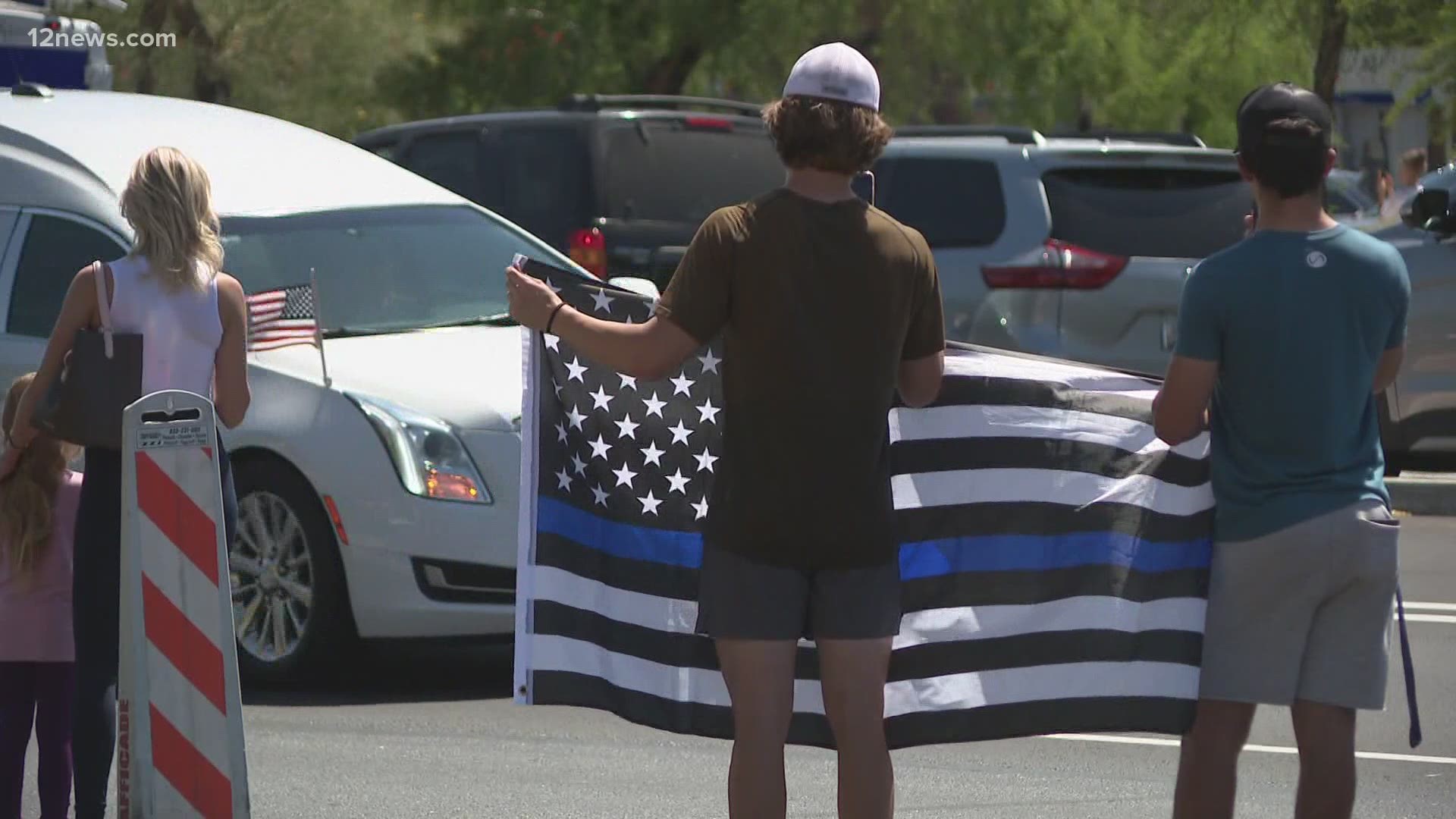 CHANDLER, Ariz. — All you could hear was a low rumble of dozens of police motorcycles as a motorcade and hearse passed beneath an American flag strung between two Chandler Fire Department trucks.

This was the ending point for the procession for fallen Chandler Police Officer Christopher Farrar, ahead of visitation and funeral to be held at Compass Community Church in Chandler.

Farrar was killed in the line of duty last week when a suspect struck him with a car after leading law enforcement on a high-speed chase from Eloy.

The procession began in the heart of Phoenix, and along the streets, groups of community members stood to pay their respects.

Kylee Clark, who said she went to high school with Farrar’s son, came to stand along Alma School Rd. near the church to support Farrar’s family.

“He did a lot for our community and I’m a part of a law enforcement family as well so just out here to show support and show some love for their family and a friend of mine,” Clark said.

“I was married to a police officer for 23.5 years, so this kind of heart my heart a lot,” Lehman said.

RELATED: 'He wouldn’t take back what he did'| Wife of injured Gilbert police officer says he plans to return to the force

“It was rough, I come from a long line of law enforcement, and no matter how far away they are away from Gilbert, Arizona or Chandler, Arizona they feel it, and they feel the loss and the pain,” Rachael Rogers said.

Rogers stood at the corner of Alma School and Germann Roads to stand in solidarity with the brothers and sisters in blue Farrar leaves behind.

“They come for us. They aid us in our time of need and we’re going to be here for them in their time of need,” Rogers said.

Farrar was with the Chandler Police Department for 18 years. He was a decorated veteran of the department, who had been awarded medals for saving lives.

“He was the ideal officer that is there to make a difference in everybody’s life,” Chandler Police Sgt. Jason McClimans said.

His funeral will be held there at 9 a.m. on Saturday morning.