Video from Sky 12 showed numerous individuals lined up in an alley bound and loaded in to Border Patrol vans and a bus. 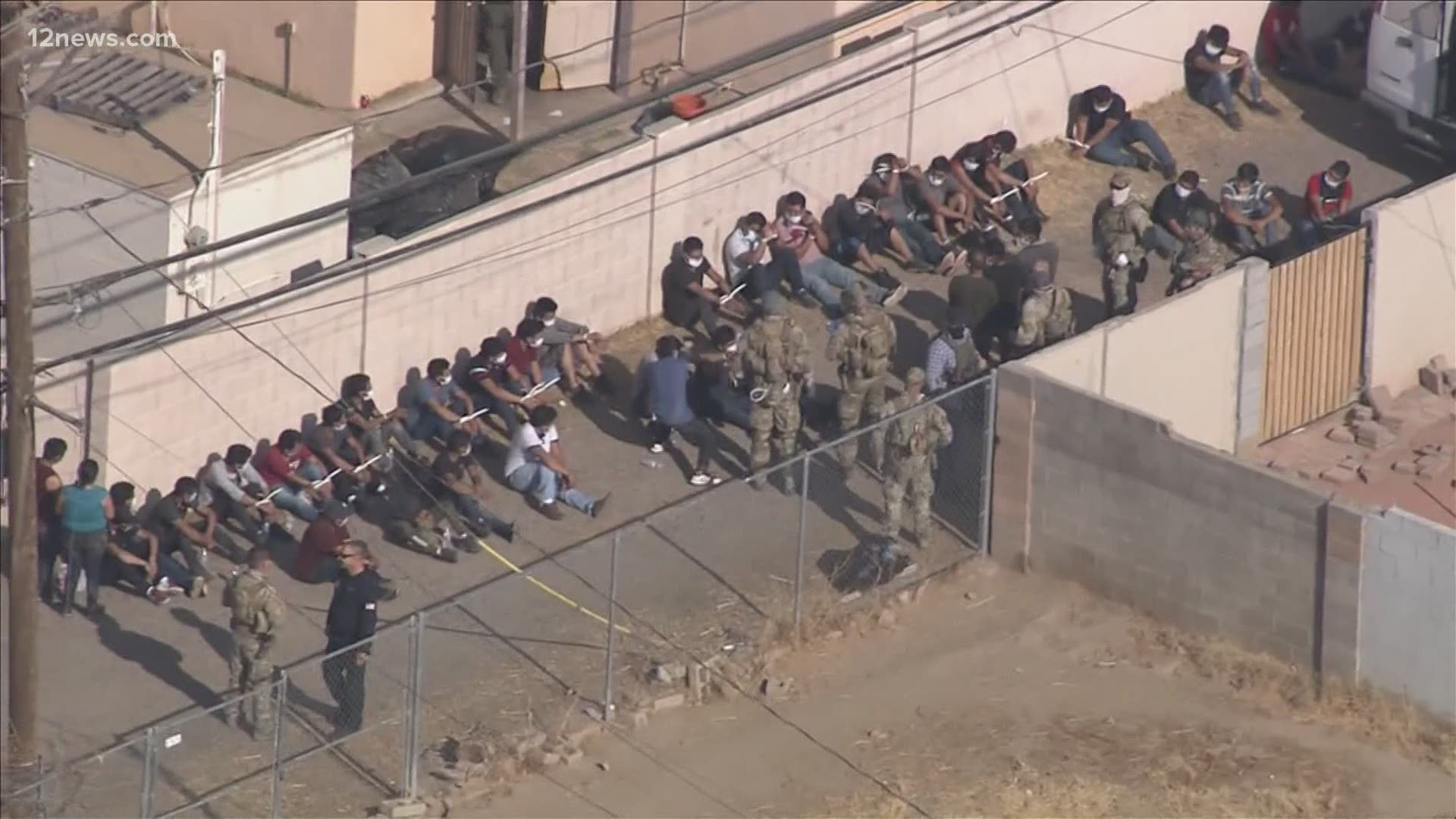 PHOENIX — A large police presence was spotted in Phoenix on Wednesday morning, with dozens of individuals in an alley with zip ties around their wrists.

Video from Sky 12 showed numerous individuals lined up in an alley near 27th Drive and Montecito Avenue. The individuals were bound and reportedly loaded into a bus and Border Patrol vans.

Border Patrol had assisted in serving a search warrant at two locations in the Valley, but did not specify which locations were involved.

The federal spokesperson said the case was under investigation.

Valley Metro said in a tweet that it "was not part of or involved in this incident. This bus is owned and operated by the city of Phoenix Public Transit Department."

This is a developing situation. Tune into 12 News for the latest information. 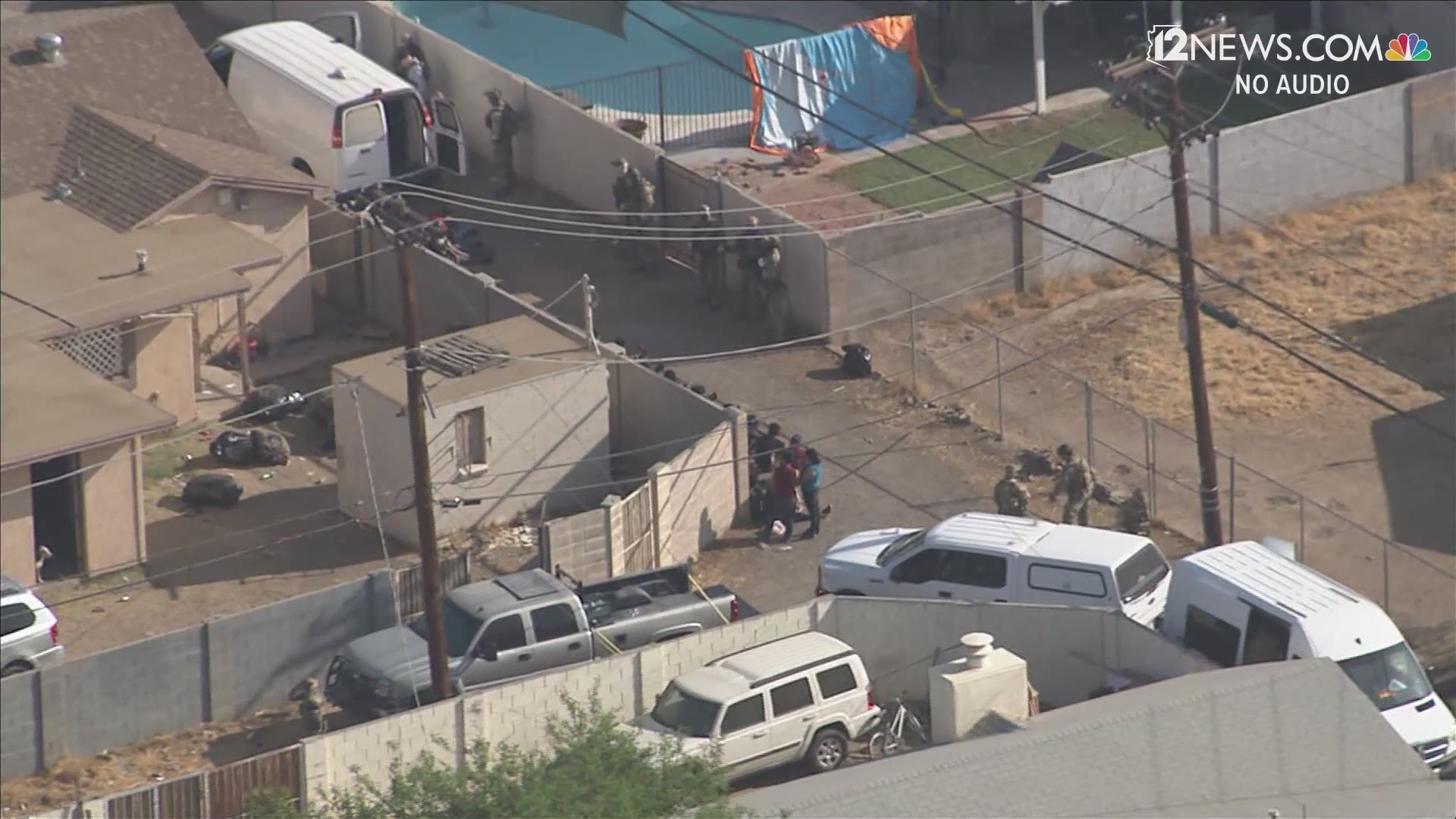