The Muhammad Ali Parkinson Center is using its namesake's sport to help its patients fight against the disease. 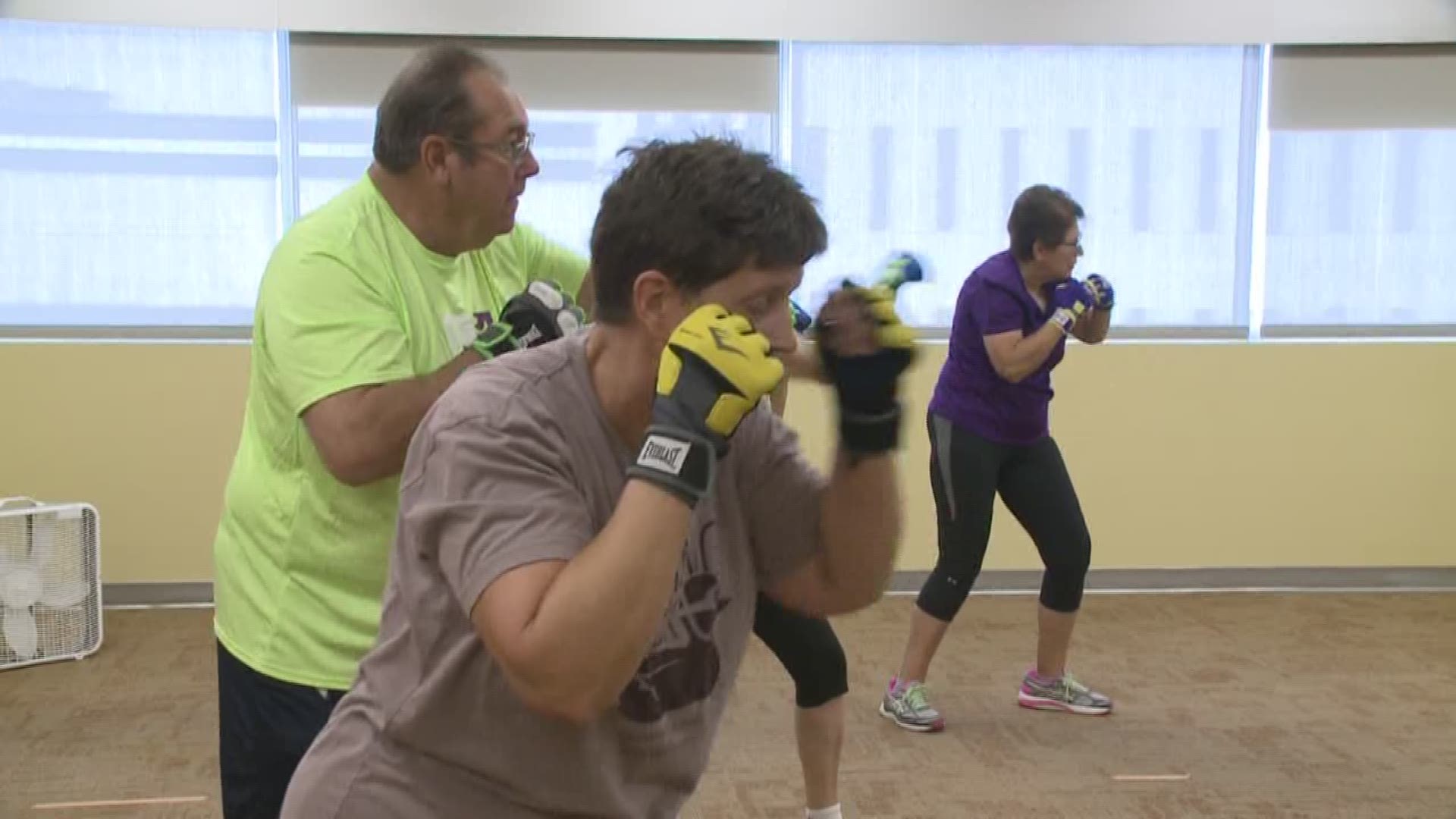 With Celebrity Fight Night just around the corner, patients at the Muhammad Ali Parkinson Center are sharpening their one-two punch against the disease.

The center’s “Knockout” boxing program is helping make a difference in the battle against Parkinson’s disease.

Former heavyweight boxing champion and Olympic gold medalist known around the world as “The Greatest,” Muhammad Ali was perhaps the world’s fittest athlete during the height of his career.

Pulling a page from its namesake’s book, the Muhammad Ali Parkinson Center now offers a boxing fitness class. Knockout Parkinson’s is designed especially for people with the disease.

“I was diagnosed with Parkinson’s at the age of 55,” she said.” My brother had Parkinson’s, so I knew all the symptoms going into it.”

“My husband noticed that I was stooped over and leaning in,” said Goering. “I noticed a little tremor in the fingertips, which eventually over the years grew to the hands and then up the wrist.”

She’s proof this class, which aims to help these folks improve their quality of life, is working.

“I found that the strenuous exercise makes me feel so much better,” she said.

“We’re doing a lot of drills,” said Nicolas Abramowicz, the program instructor, who has one goal in mind.

“They feel better,” said Abramowicz. “They move their body.”

“Movement is life, that’s the saying, right?” he said. “Movement begets movement … the more you move, the more you want to move.”

The program uses classic boxing drills, like the training Muhammad Ali practiced to float like a butterfly.

While there isn’t a cure for Parkinson’s disease and life with the disease is never easy, the symptoms can be managed.

In addition to boxing, Goering is able to continue playing the bass and viola in three different symphonies while spreading her message of hope.

“This whole lifestyle here gives me hope that I can continue physical strength and ability to keep playing,” she said.